Sea level is rising in response to climate change. Currently the global mean rate is a little over 3 mm/year, but it is expected to accelerate significantly over this century. This will have a profound impact on coastal populations and infrastructure, including NASA centers and facilities. A detailed study proposed by the University of Colorado’s Center for Astrodynamics Research on the impact of sea level rise on several of NASA’s most vulnerable facilities was recently funded by NASA. Individual surveys at several high-risk NASA centers were conducted and used as case studies for a broader investigation that needs to be done for coastal infrastructure around the country. The first two years of this study included implementing and conducting a terrestrial laser scanning (TLS) and GPS survey at Kennedy Space Center, Cape Canaveral, Florida, Wallops Flight Facility, Wallops Island, Virginia, Langley Research Center, Hampton, Virginia, and Ames Research Center, Moffett Field, California. We are currently using airborne LiDAR (Light Detection and Ranging) data and TLS (Terrestrial Laser Scanning) data to construct detailed digital elevation models (DEMs) of the facilities that we have assessed. The TLS data acquired at each center provides a very dense point cloud that is being used to improve the detail and accuracy of the digital elevation models currently available. We are also using GPS data we acquired at each center to assess the rate of vertical land movement at the facilities and to tie the DEM to tide gauges and other reference points. With completed, detailed DEMs of the topography and facilities at each center, a series of simple inundation models will then be applied to each area. We will use satellite altimeter data from TOPEX, Jason-1, and Jason-2 to assess the sea level changes observed near these NASA facilities over the last 20 years along with sea level projections from global climate models (GCMs) and semi-empirical projections to make detailed maps of sea level inundation through and up to the years 2050 and 2100 for varying amounts of sea level rise. We will also work with other selected investigators to assess the effects of tidal variations and storm surge when coupled with changes in mean sea level, as storm surge is likely when initial damage due to sea level rise will occur. 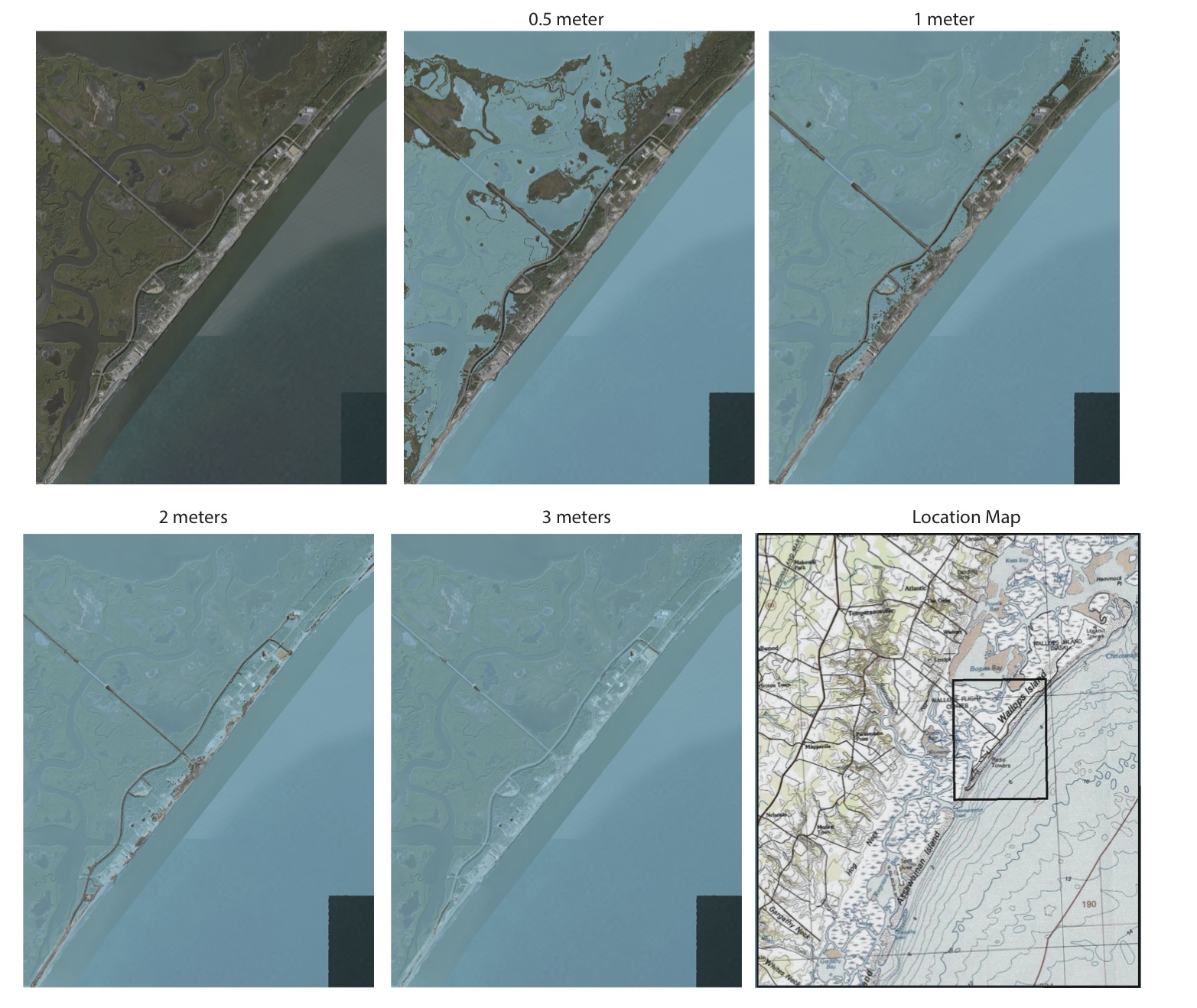