Observations of two or more wind components that resolve turbulent perturbations over large areas remain a challenge in the atmospheric boundary layer community. One successful approach to multi-component flow measurement in the engineering community is particle image velocimetry (PIV). This presentation will report on recent progress in the development and validation of two motion estimation algorithms that can be applied to aerosol backscatter imagery to provide two-component horizontal wind fields. The algorithms being developed and tested are a traditional cross-correlation method (i.e., Schols & Eloranta, JGR, 1992) and a new wavelet-based optical flow method (Dérian et al., NMTMA, 2013). These algorithms have been applied to imagery from the Raman-shifted Eye-safe Aerosol Lidar (REAL) collected in Dixon, California, in 2007 (as part of CHATS) and in Chico, California in 2013. The resulting 2-component winds were compared against the same from sonic anemometers and a Doppler lidar. Our results include new insights on the performance of the cross-correaltion algorithm and new experiences with wavelet-based optical flow. Animations of turbulent flow in the atmospheric surface layer over approximately 10-square km areas with 15 s frame update rates will be presented. (Vectors may be spaced as closely as every 10 m, but the spatial resolution is larger and dynamic and related to the availability of small scale aerosol features in the imagery.) In addition to flow visualizations, time-series and space-series comparisons of the wind components with those from sonic anemometer and Doppler lidar data will be presented. 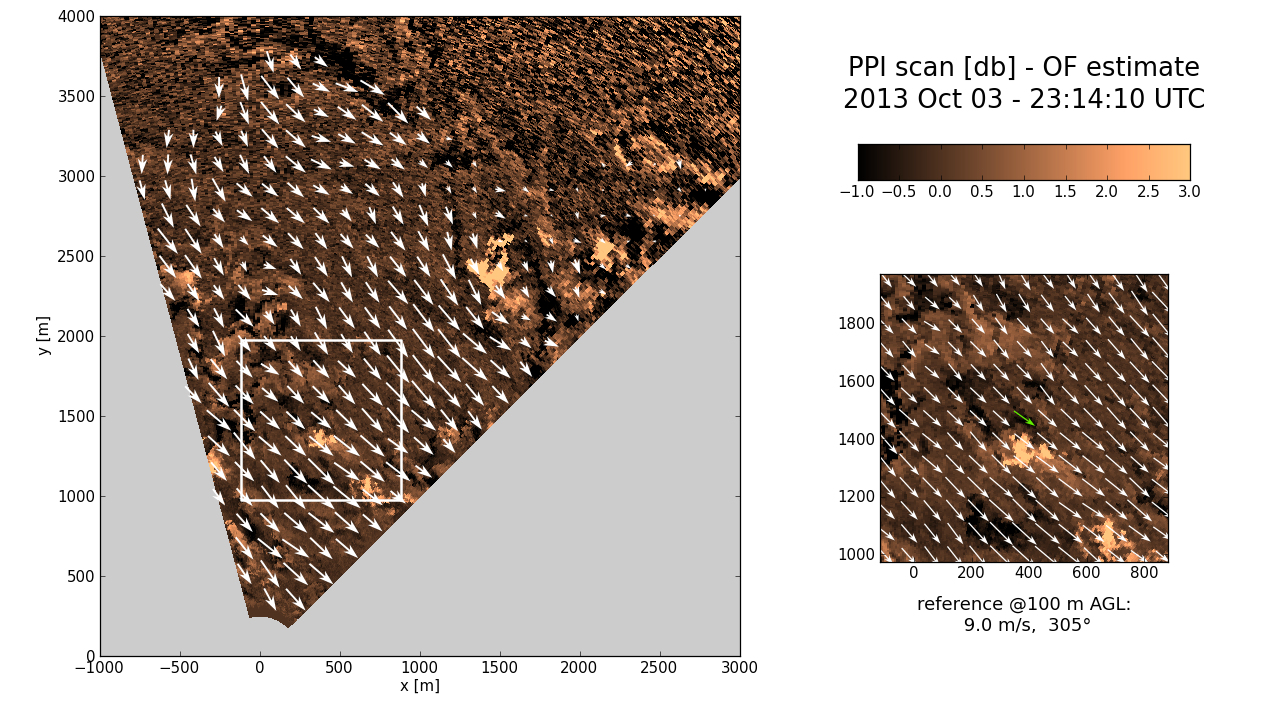