We present observational evidence of core electron heating in solar wind reconnection exhausts. We show two example events, one which shows clear heating of the core electrons within the exhaust, and one which demonstrates no heating. The event with heating occurred during a period of high inflow Alfvén speed (VAL), while the event with no heating had a low VAL. This agrees with the results of a recent study of magnetopause exhausts, and suggests that similar core electron heating can occur in both symmetric (solar wind) and asymmetric (magnetopause) exhausts. 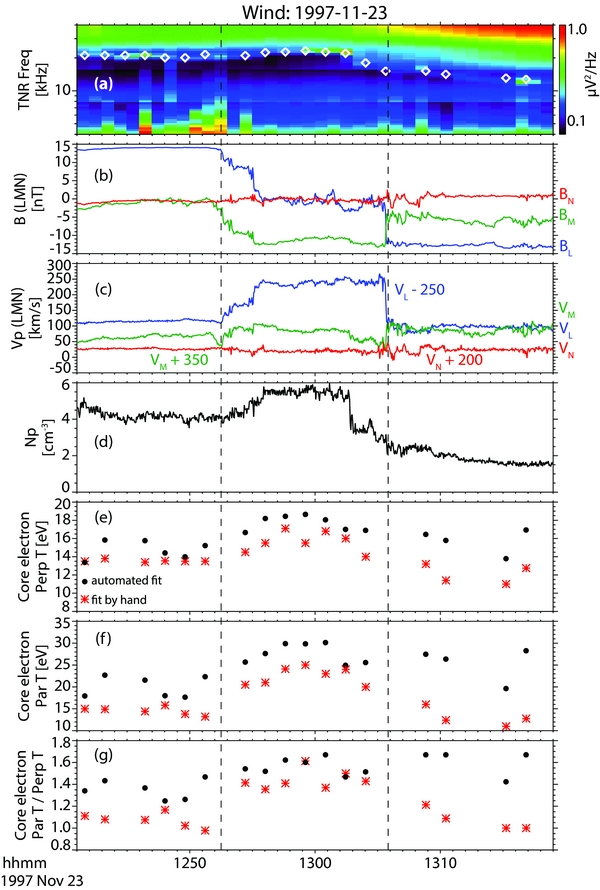