Paleomagnetic results from a 150m thick stack of 15.2 my old lava flows in the Sheep Creek Range (north central Nevada; 40.7N, 243.2E) show that distinctive aspects of the reversing geomagnetic field can recur after 1.5 million years. The Sheep Creek lavas preserve a partial record of what is likely the C5Br-C5Bn geomagnetic reversal. That event occurred 1.5 million years and five polarity switches after reversal (C5Cr-C5Cn) recorded in great detail at Steens Mountain in SE Oregon. During both transitions, the VGP made repeat visits to low latitude positions in South America and near Africa although in different order. This behavior implies a control that varies over a timescale much longer that associated with flow in the outer core (~60 yrs), presumably lateral variations in lower mantle temperature or topography on the core-mantle boundary. Furthermore, the field in both reversals moved from clearly transitional to normal-polarity-like (i.e., down and north) directions before “rebounding” to intermediate directions. It has been suggested recently (Valet et al., Nature 2012) that this kind of behavior (i.e., directional change in the form of precursor- main polarity switch-rebound) may be a systematic aspect of transitional field behavior, a suggestion reinforced by these new observations.

The distinctive, two component magnetization of a particular lava flow in the Sheep Creek section has been interpreted by Bogue and Glen (GRL, 2010) as evidence of directional change (~1 deg/week) orders of magnitude faster than normal secular variation. If the field was strong at the end of the directional change, then a large change in the local geomagnetic field vector is implied by the directional data for any initial field strength. Preliminary paleointensity experiments aimed at resolving this aspect of the record are in progress. 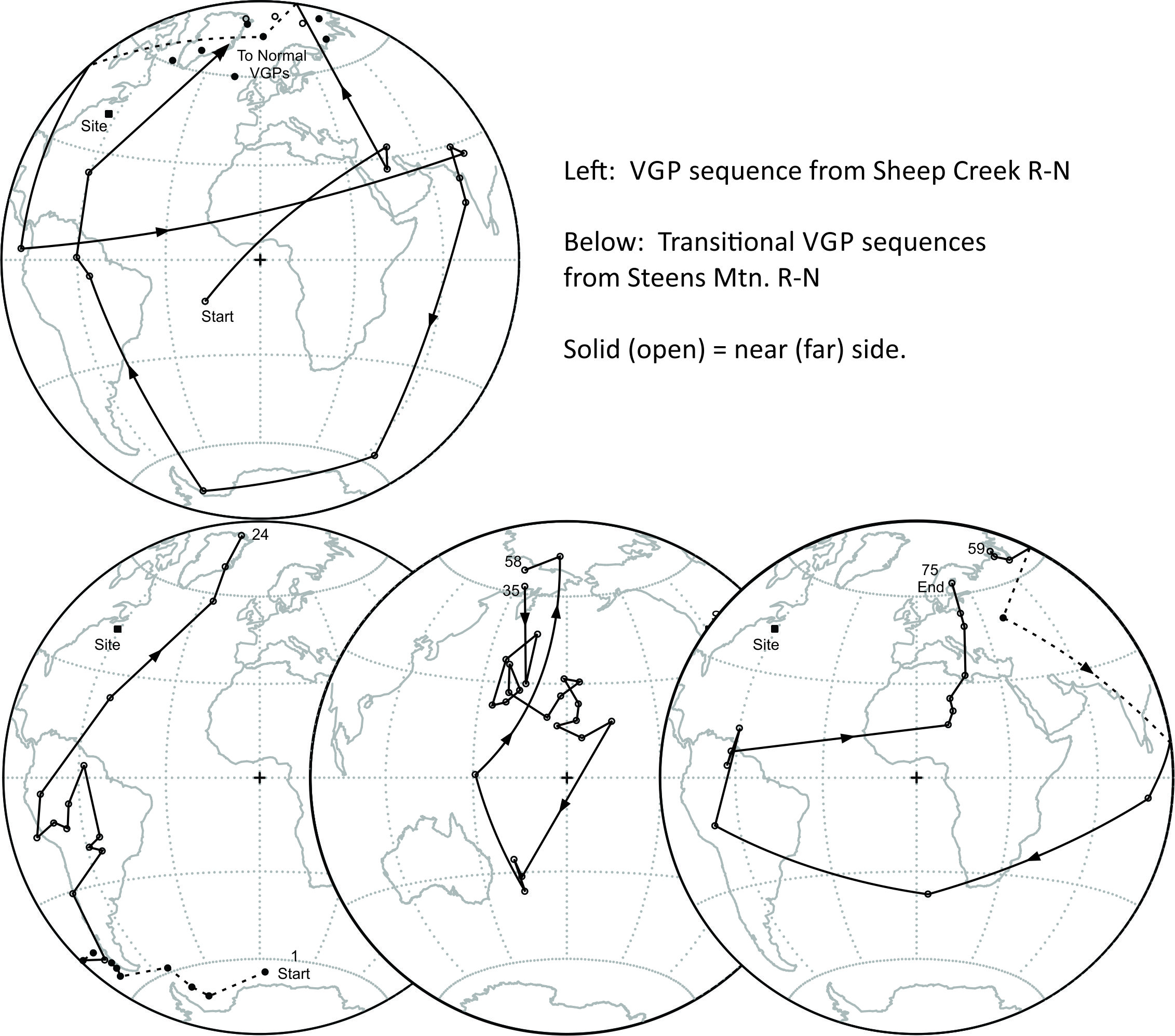