What does the general US public know, or think they know, about Arctic change? Two broad nationwide surveys in 2006 and 2010 addressed this topic in general terms, before and after the International Polar Year (IPY). Since then a series of representative national or statewide surveys have carried this research farther. The new surveys employ specific questions that assess public knowledge of basic Arctic facts, along with perceptions about the possible consequences of future Arctic change. Majorities know that late-summer Arctic sea ice area has declined compared with 30 years ago, although substantial minorities -- lately increasing -- believe instead that it has now recovered to historical levels. Majorities also believe that, if the Arctic warms in the future, this will have major effects on the weather where they live. Their expectation of local impacts from far-away changes suggests a degree of global thinking. On the other hand, most respondents do poorly when asked whether melting Arctic sea ice, melting Greenland/Antarctic land ice, or melting Himalayan glaciers could have more effect on sea level. Only 30% knew or guessed the right answer to this question. Similarly, only 33% answered correctly on a simple geography quiz: whether the North Pole could best be described as ice a few feet or yards thick floating over a deep ocean, ice more than a mile thick over land, or a rocky, mountainous landscape. Close analysis of response patterns suggests that people often construct Arctic "knowledge" on items such as sea ice increase/decrease from their more general ideology or worldview, such as their belief (or doubt) that anthropogenic climate change is real. When ideology or worldviews provide no guidance, as on the North Pole or sealevel questions, the proportion of accurate answers is no better than chance. These results show at least casual public awareness and interest in Arctic change, unfortunately not well grounded in knowledge. Knowledge problems seen on these surveys highlights both the need and the challenge of communicating polar science. 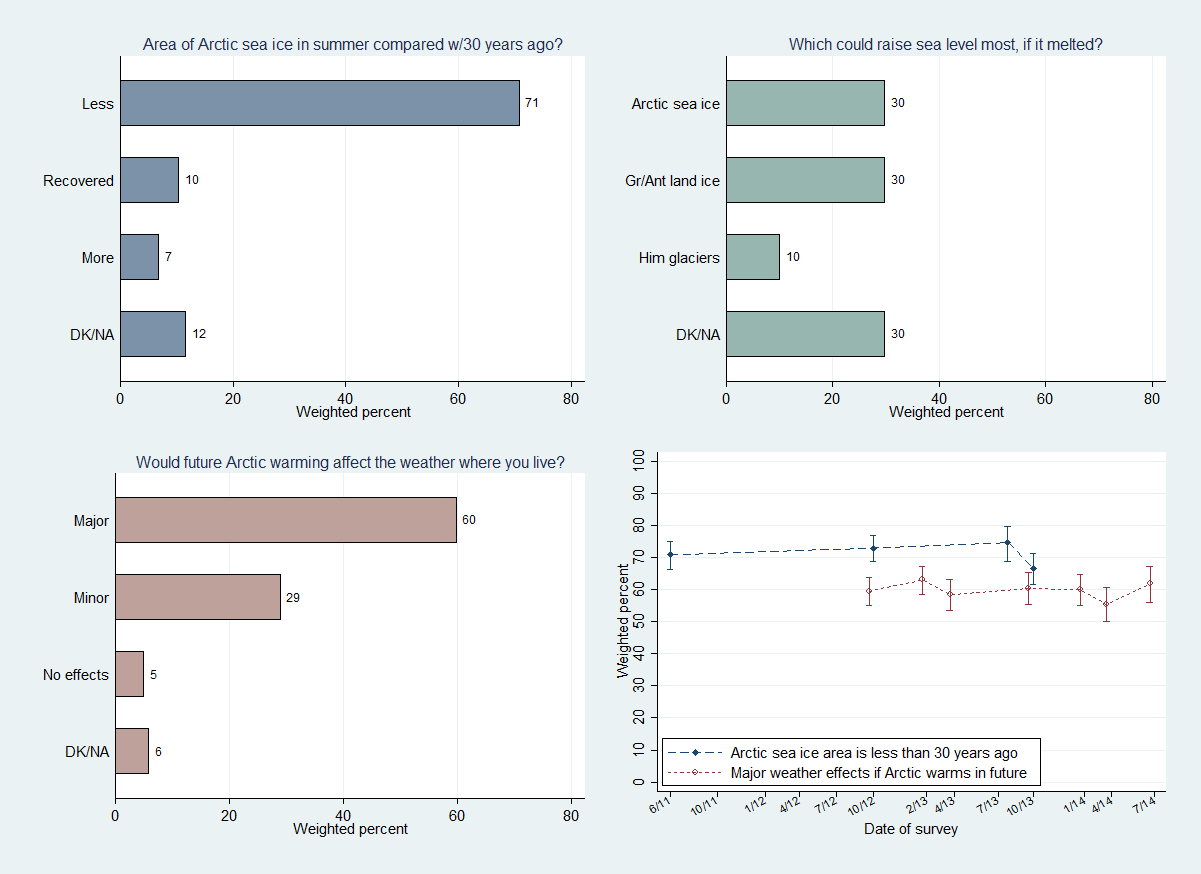