Fires in wetlands can move into organic soils, where the resulting ground fires can smolder and consume large amounts of soil. These long-duration fires have a number of negative effects including air quality and motorist safety, as well as large-scale implications resulting from their release of large quantities of stored carbon. However, the ecological implications of the frequency and intensity of organic soil combustion occurrence are relatively unexplored. Smoldering fires in organic soils may increase local hydroperiod and wetland storage by lowering elevation, conferring benefits to wildlife (e.g., dry season refugia and feeding grounds). Short-term increases in productivity due to nutrient availability from ash may occur in or adjacent to areas affected by ground fires. Short-term negative feedbacks to fire return period are also likely to occur locally, due to increased hydroperiods; however, adjacent uplands may experience hydrologic changes as well, including factors which may affect fire risk far from areas of organic soil consumption. To explore hydrologic implications of soil-consuming ground fires, we developed a model based on a low-relief region in southern Florida (U.S.A.) that is characterized by seasonal hydrologic fluctuations and areas of organic soil distributed across a landscape that experiences frequent fire (i.e., 2-4 year return interval in uplands adjacent to wetlands). Parameterizing the model with local soil and hydrologic properties, as well as observed effects of fire in the region’s organic soils, the model predicts changes to wetland depths, bathymetry, and storage competence as a function of fire severity (i.e., area and depth of burn) that may be ecologically significant. Our findings imply that soil-consuming ground fires—and their prevention—have ecohydrological implications that must be considered when developing ecosystem and fire management protocols. 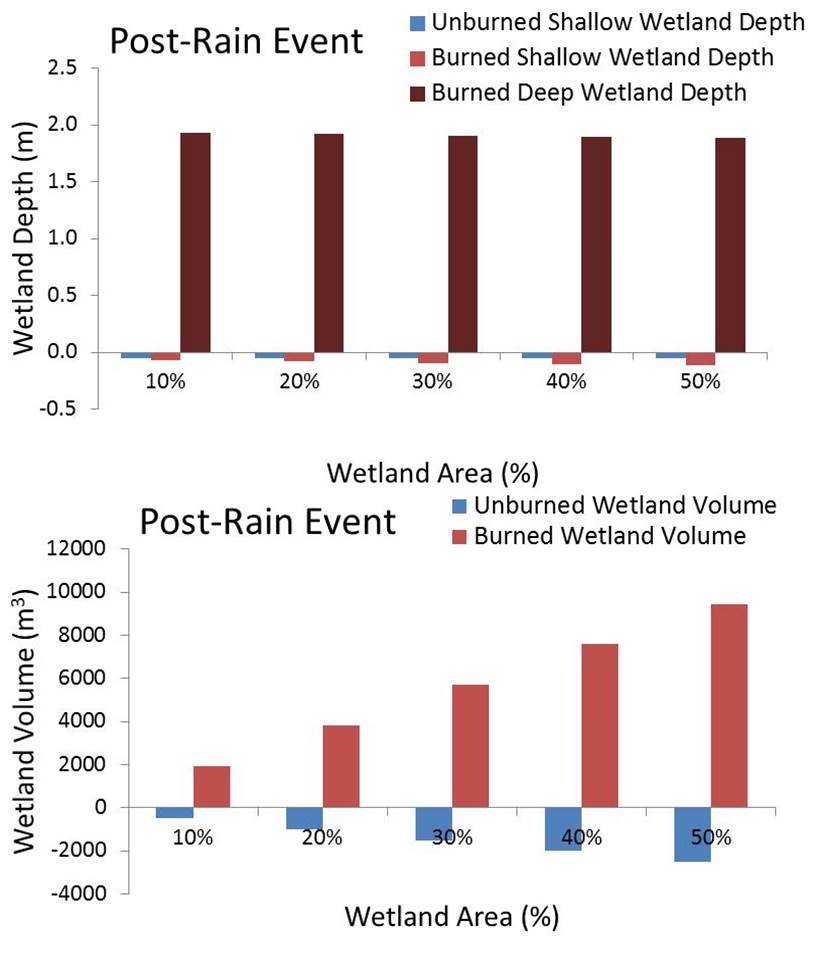