Monitoring the Earth for underground nuclear explosions requires a detailed understanding of the explosion source. In this context, “source” refers to the source of seismic waves, and it is generated by the complex nonlinear near-source motion that accompanies the nuclear explosion. In particular, nuclear monitoring requires understanding the transition from the hydrodynamic to elastic regimes, and propagation of waveforms from the source to stations at distances of hundreds to thousands of kilometers. In the transition region, shear strength is critically important, as are changes in shear strength as the shock wave propagates.

Numerical modeling using 1D spherically symmetric, 2D axisymmetric and full 3D calculations provides important insights into the seismic source and the waveforms it generates. Important considerations for numerical modeling include emplacement conditions (tamped or in a cavity), source type (chemical or nuclear), material models for strength and strength reduction, and geologic conditions including topography and tectonic stresses in the source region. In addition to calculating the near source ground motion, we propagate the near source solution to regional and teleseismic distances where the observations of seismic signals from nuclear explosions are made.

The objectives of nuclear monitoring are detection of seismic events (earthquakes, quarry blasts and other sources in addition to nuclear explosions), accurate location of these events, discrimination of nuclear explosions from other types of sources, and estimation of nuclear explosion yield. Numerical modeling is particularly important for discrimination and yield estimation. Numerical modeling is used to understand unexpected anomalies that occur, such as the large surface waves generated by the three North Korean nuclear tests, which may have been caused by a difference in tectonic stress state between North Korea and other test sites. Another important issue that can be addressed by numerical modeling is generation of shear waves by explosions. While the idealized point explosion in an infinite medium is spherically symmetric, the free surface and variation of overburden pressure with depth makes the explosion source more conical that spherical and this directly generates shear waves (see Figure). 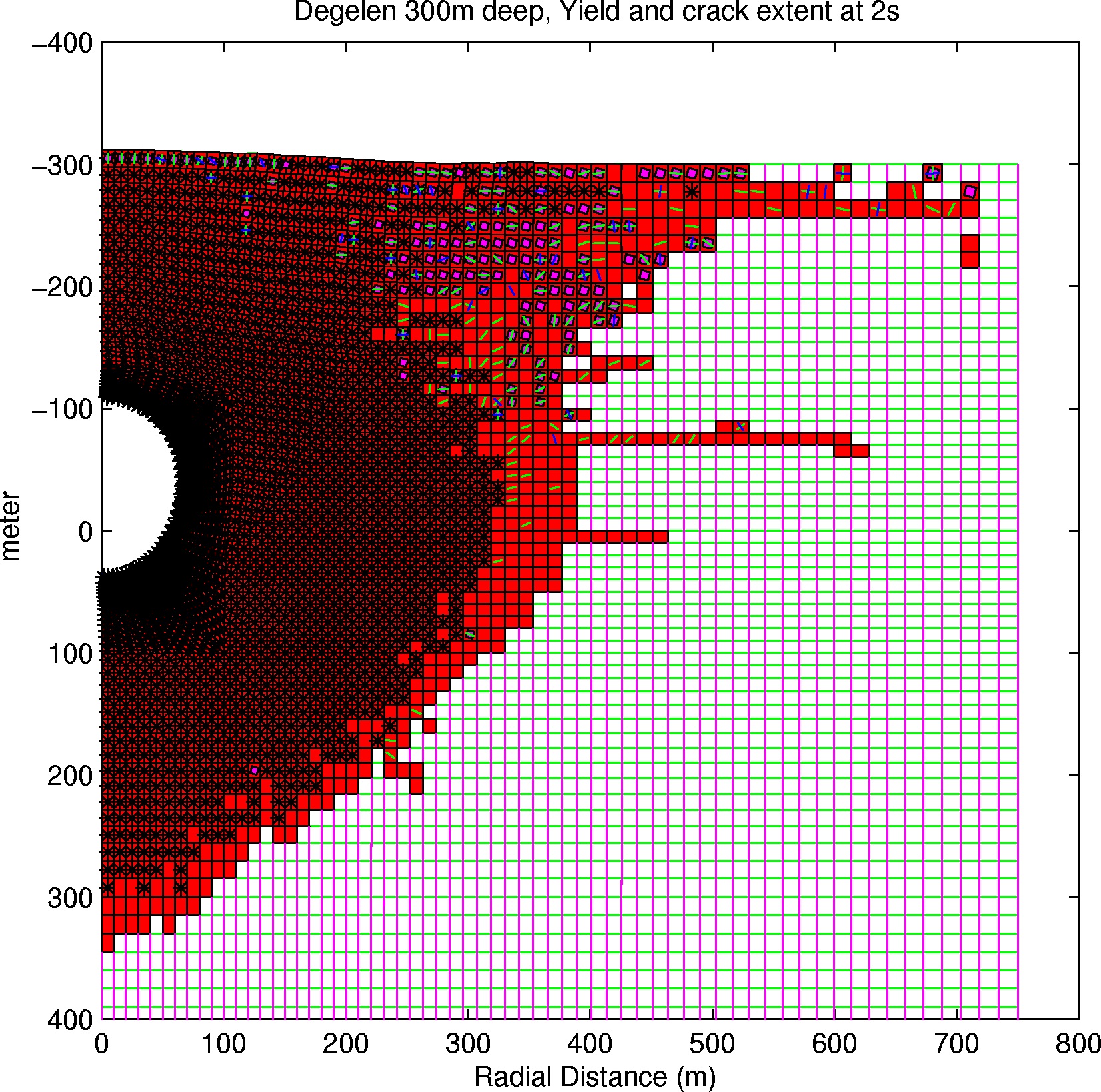