Conjunctive observations of low-Earth-orbit satellites and optical auroral imagers have indicated that, a majority of pulsating auroral patches (PAPs) are associated with low-energy ion (LEI) precipitation structures with core energies ranging from several tens of eV up to a few hundred eV. This result is consistent with a long-standing proposal that the PAPs connect to flux tubes filled with enhanced “cold” plasma. To further explore the origin and generation mechanism of those LEI structures, we investigate a few THEMIS events when the in-situ probes are conceived as conjugate to PAPs, judging by an apparent correlation between the in-situ whistler-mode chorus and the oscillation of the PAP luminosity [Nishimura et al., 2011]. We notice a common existence of LEI structures from THEMIS in-situ data during those conjugacy event intervals. Such LEI structures are always strongly field-aligned, with core energies ranging from several tens of eV up to a few hundred eV, and often exhibit distinct energy dispersion features. Contingent upon the energy range and time, the pitch-angle distribution of the LEI structures can be either heavily biased toward parallel direction, or biased toward anti-parallel direction, or roughly symmetric between parallel and anti-parallel directions. The above observations allude to the ion outflows from the ionosphere as a plausible origin of the observed LEI structures. To check the above notion, we perform particle simulations assuming that the low-energy ions originate from the ion outflows in topside ionosphere and bounce between hemispheres while convecting with EXB drift. The simulation results can reproduce some of the basic observable features of the LEI structures, such as the energy dispersion and the variation of pitch-angle distribution versus time and energy. Combining the results from low-Earth-orbit satellites observations, THEMIS in-situ observations, and simulations, we propose that the ion outflows into the magnetosphere can fill the flux tubes with low-energy plasma structure which, along with coherent dimension of the whistler-mode chorus and high-energy electron precipitation, control the spatial size of the PAP. 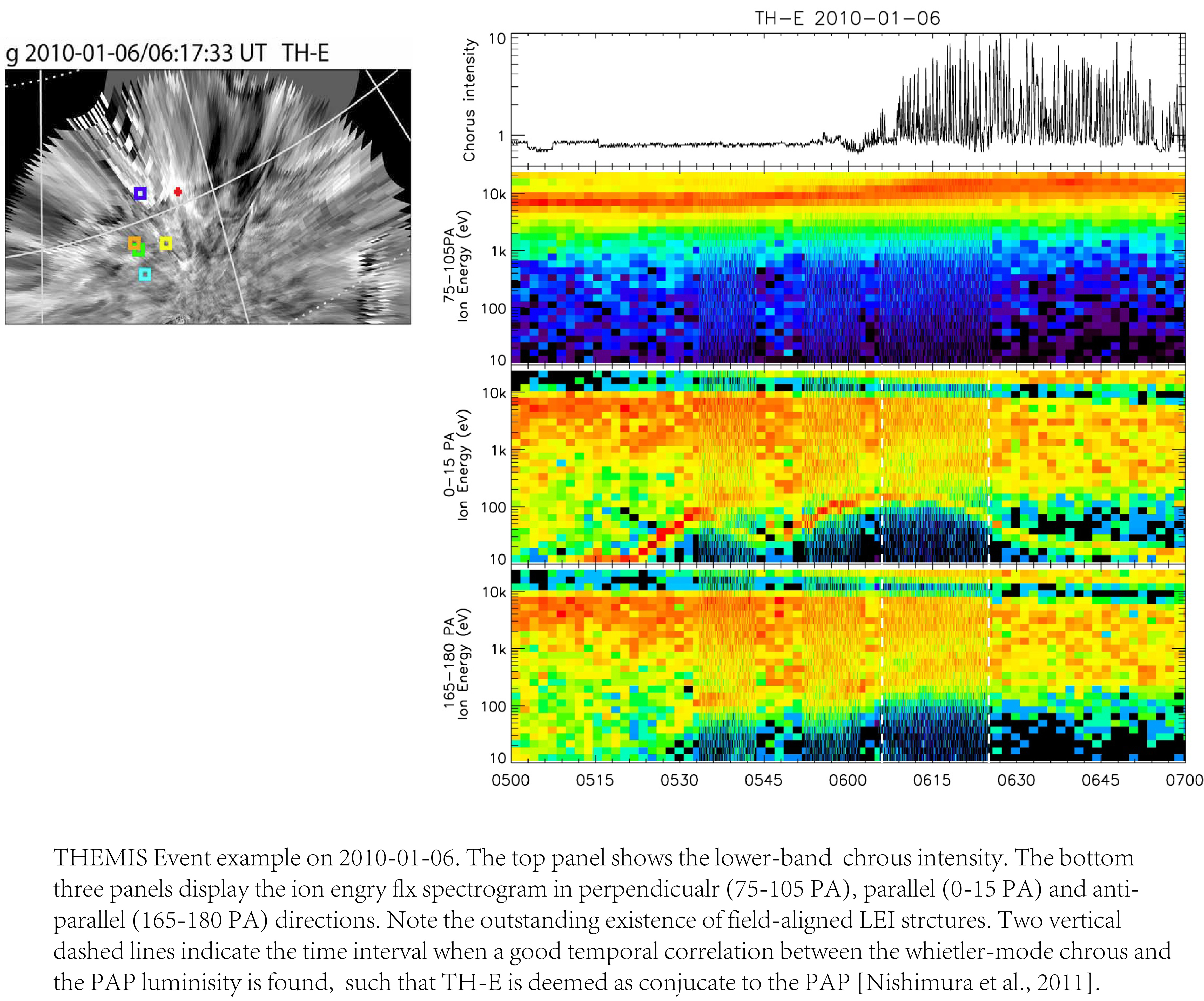