Ammonia (NH3) is the dominant alkaline species in the atmosphere and an important compound in the global nitrogen cycle. There is a large uncertainty in NH3 emission inventory from agriculture, which is the largest source of NH3, including livestock farming and fertilizer applications. In recent years, a quantum cascade laser (QCL)-based open-path sensor has been developed to provide high-resolution, fast-response and high-sensitivity NH3 measurements. It has a detection limit of 150 pptv with a sample rate up to 20 Hz. This sensor has been integrated into a mobile platform mounted on the roof of a car to perform measurement of multiple trace gases. We have also used the sensor for eddy covariance (EC) flux measurements. The mobile sensing method provides high spatial resolution and fast mapping of measured gases. Meanwhile, the EC flux method offers accurate flux measurements and resolves the diurnal variability of NH3emissions.

During the DISCOVER-AQ and FRAPPÉ field campaigns in 2014, this mobile platform was used to study NH3 emissions from cattle feedlot near Fort Morgan, Colorado. This specific feedlot was mapped multiple times in different days to study the variability of its plume characteristics. At the same time, we set up another open-path NH3 sensor with LICOR open-path sensors to perform EC flux measurements of NH3, CH4 and CO2 simultaneously in the same cattle feedlot as shown in Fig. 1. NH3/CH4 emission flux ratio show a strong temperature dependence from EC flux measurements. The median value of measured NH3 and CH4 emission flux ratio is 0.60 ppmv/ppmv. In contrast, the median value of ΔNH3/ΔCH4 ratios measured from mobile platform is 0.53 ppmv/ppmv for the same farm. The combination of mobile mapping and EC flux measurements with the same open-path sensors greatly improves understanding of NH3 emissions both spatially and temporally. 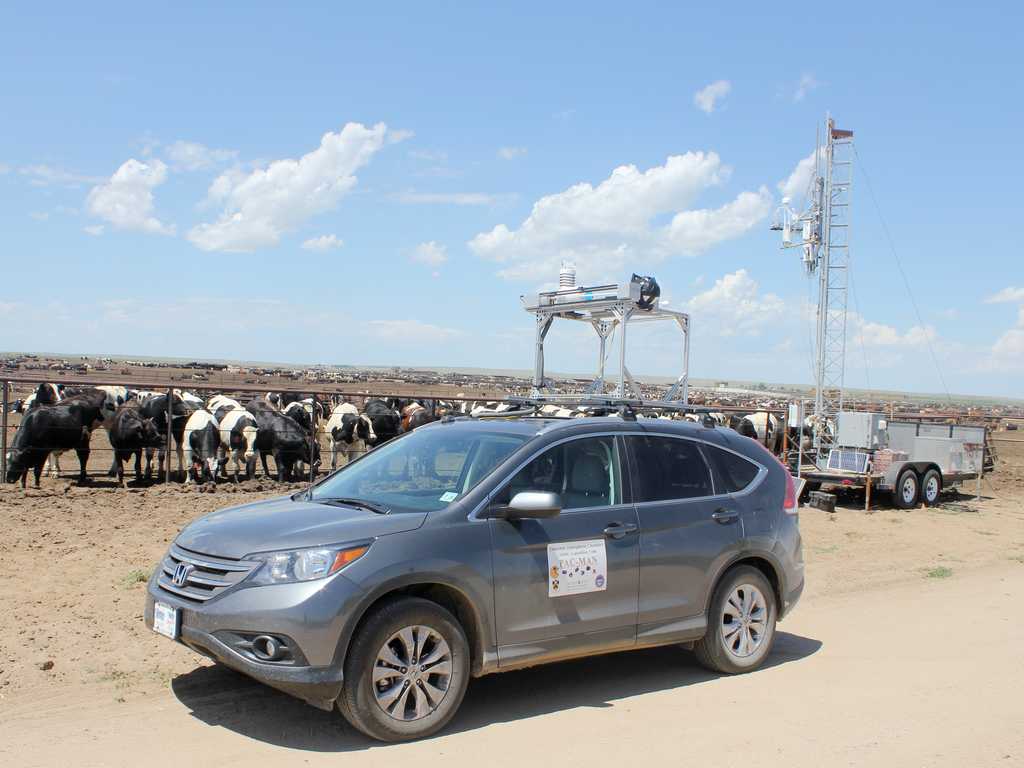