The original calibration function of the RH sensor on the Phoenix Thermal and Electrical Conductivity Sensor (TECP) has been revised in order to extend the range of the valid calibration, and to improve accuracy. The original function returned non-physical RH values at the lowest temperatures. To resolve this, and because the original calibration was performed against a pair of hygrometers that measured frost point (Tf), the revised calibration equation is also cast in terms of frost point. Because of the complexity of maintaining very low temperatures and high RH in the laboratory, no calibration data exists at T < 203K. However, sensor response duringf the mission was smooth and continuous down to 181 K. Therefore we have opted to include flight data in the calibration data set; selection was limited to data acquired during periods when the atmosphere is known to have been saturated.

Tf remained below 210 K throughout the mission(P < 0.75 Pa). RH, conversely, ranged from 1 to well under 0.01 diurnally, due to ~50 K temperature variations. To first order, both vapor pressure and its variance are greater during daylight hours. Variance in overnight humidity is almost entirely explained by temperature, while atmospheric turbulence contributes substantial variance to daytime humidity. Likewise, data gathered with the TECP aloft reflect higher H2O abundances than at the surface, as well as greater variance. There is evidence for saturation of the atmosphere overnight throughout much of the mission. In virtually every overnight observation, once the atmosphere cooled to Tf, water vapor begins to decrease, and tracks air temperature. There is no evidence for substantial decreases in water vapor prior to saturation, as expected for adsorptive exchange. Likewise, there is no evidence of local control of vapor by phases such as perchlorate hydrates hydrated minerals.

The daytime average H2O pressure does not change substantially over the course of the mission, although the H2O column abundance varies by a factor of 2. Column abundances calculated from TECP data are lower than orbital measurements if one assumes that H2O is uniformly mixed through a single scale height. These results argue that the vertical distribution of H2O begins to change well in advance of surface concentrations as northern autumn approaches. 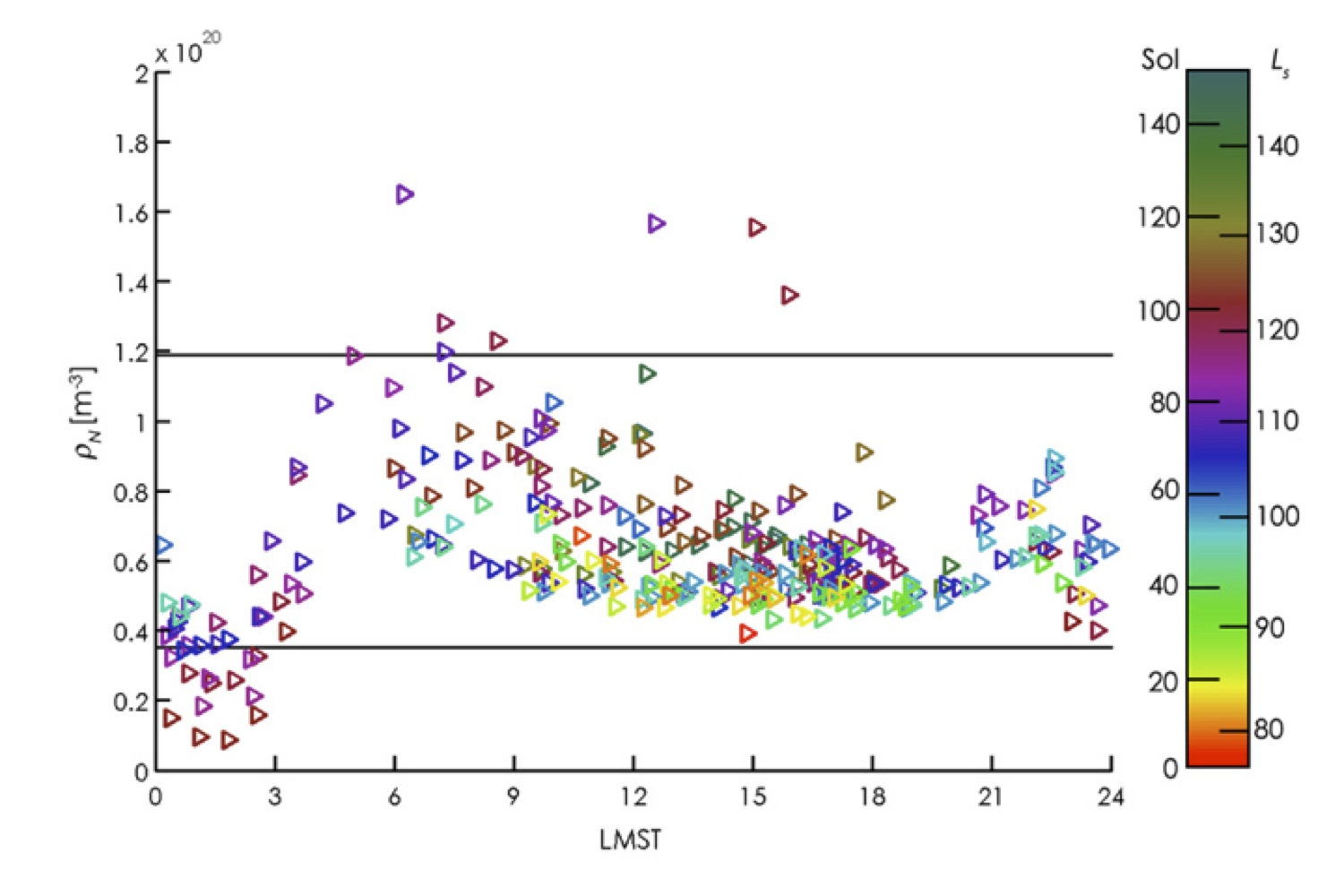