H13K-1237:
Spatially Modeling the Impact of Terrain on Wind Speed and Dry Particle Deposition Across Lake Perris in Southern California to Determine In Situ Sensor Placement

While developed countries have implemented engineering techniques and sanitation technologies to keep water resources clean from runoff and ground contamination, air pollution and its contribution of harmful contaminants to our water resources has yet to be fully understood and managed. Due to the large spatial and temporal extent and subsequent computational intensity required to understand atmospheric deposition as a pollutant source, a geographic information system (GIS) was utilized. This project developed a multi-step workflow to better define the placement of in situ sensors on Lake Perris in Southern California. Utilizing a variety of technologies including ArcGIS 10.1 with 3D and Spatial Analyst extensions and WindNinja, the impact of terrain on wind speed and direction was simulated and the spatial distribution of contaminant deposition across Lake Perris was calculated as flux. Specifically, the flux of particulate matter (PM10) at the air – water interface of a lake surface was quantified by season for the year of 2009. Integrated Surface Hourly (ISH) wind speed and direction data and ground station air quality measurements from the California Air Resources Board were processed and integrated for use within ModelBuilder. Results indicate that surface areas nearest Alessandro Island and the dam of Lake Perris should be avoided when placing in situ sensors. Furthermore, the location of sensor placement is dependent on seasonal fluctuations of PM10 which can be modeled using the techniques used in this study. 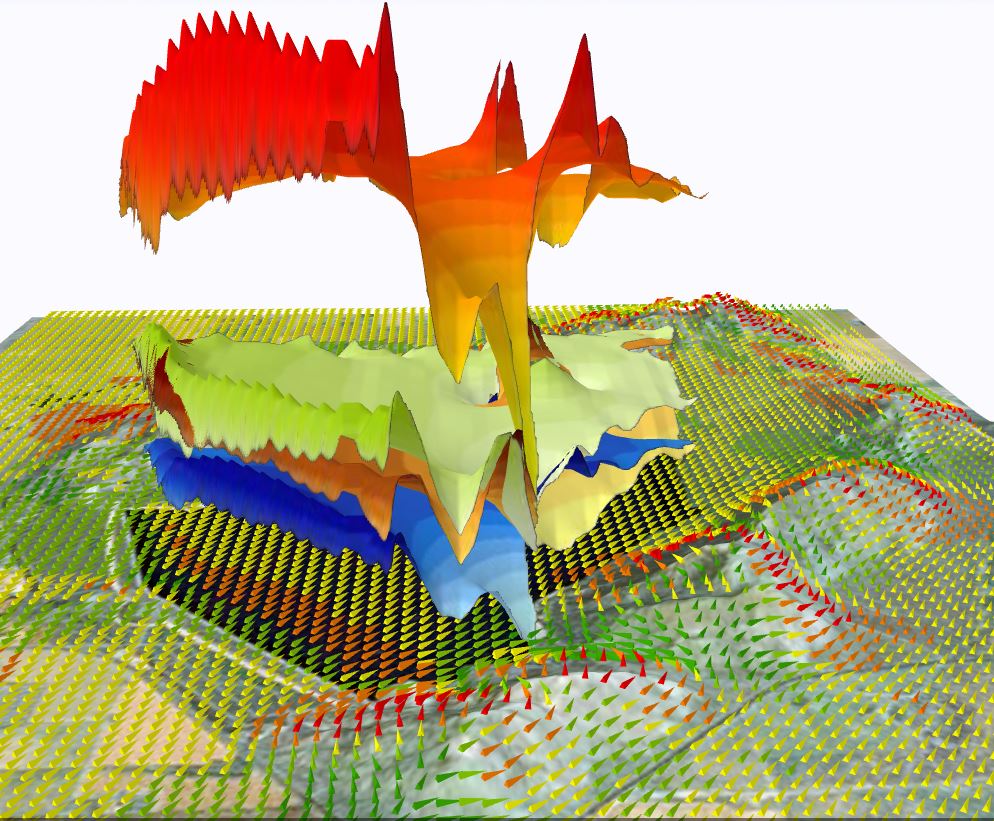