Nepheline, forsterite and anorthite are essential minerals in alkali basalts. Although diopsidic pyroxene has not been included in this system, it should appear as an important phase by following reaction:

It would be also interesting to see if diopside, thus produced by reaction (1), should react with nepheline to produce melilite. Note the reaction:

One of the important accessory minerals in basalt is Mg-spinel (MgAl2O4). It should be interesting to see if this mineral appears in the forsterite-nepheline as well as forestrite-anorthite joins under pressure. It should be pointed out that at higher pressures, foresterite and anorthite should react to produce garnet. Note the reaction:

The system forsterite (Fo), nepheline (Ne) anorthite (An) has been studied at 20 kb under a condition of P(H2O)=P(Total). The starting materials shown by small circles are crystallized glasses. Phase relations for the two binary joins are shown in figures 1 and 2 and that of Fo-Ne-An are shown in figure 3. Appearances of spinel (Sp), diopside (Di), corundum (Co) and garnet (Ga) in (Fo)- (An)-Ne join and appearance of spinel in the join forsterite-nepheline is thus, confirmed. Corundum and Sp however disappears in the solidus region. All phases are solid solutions Table-1.

It is a six component system and the Fo-Ne-An join cuts through the phase volumes of forsterite, spinel, nepheline, diodside and corundum. Composition of various phases are shown in Table-1. The compositions of two-four phase points are shown in the diagram as follows: A (Fo5Ne92Q3) and 695±10°C, and B (Fo2Ne95Q3) and 675±10°C. 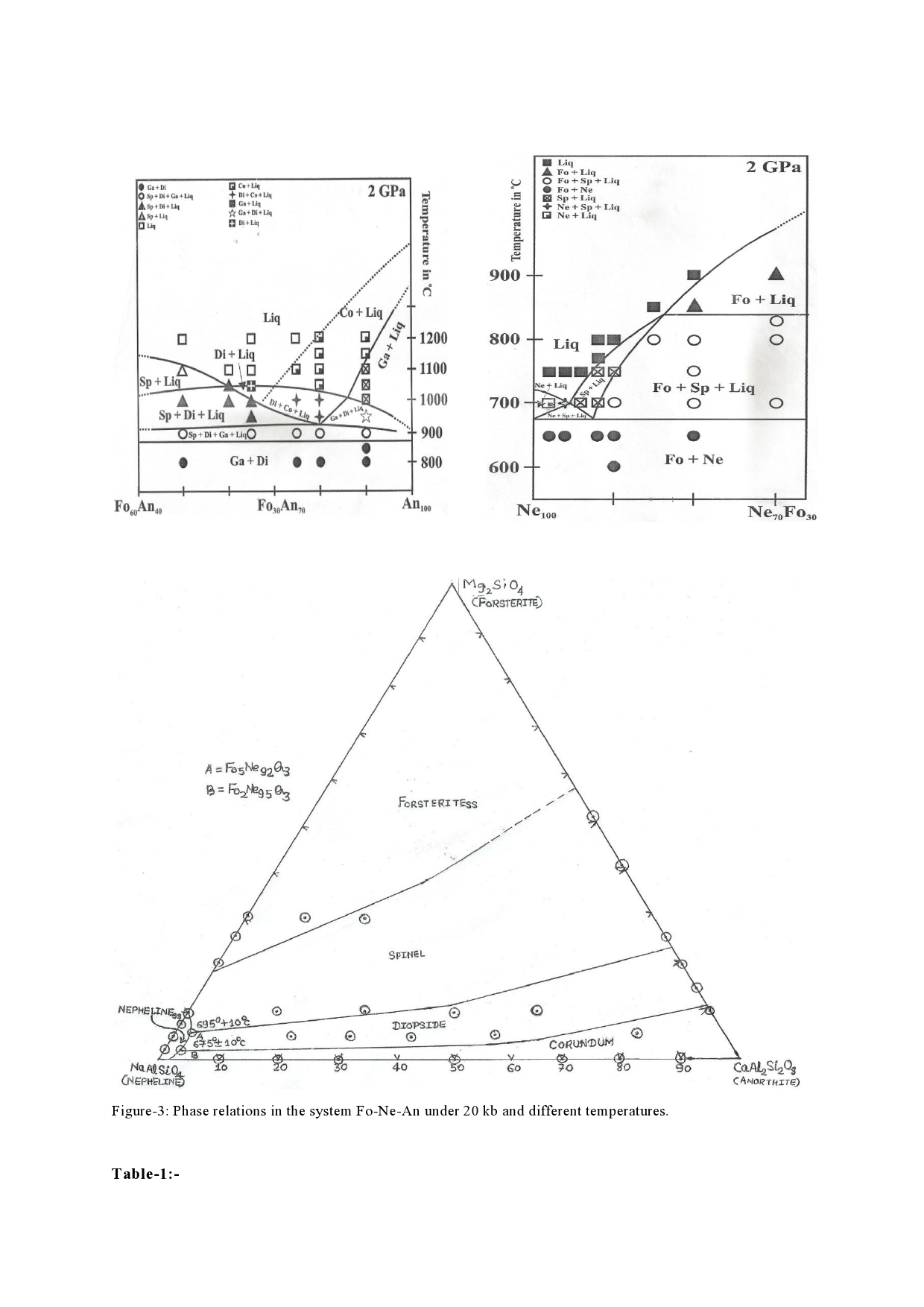