Eight of the largest twenty recorded water levels in the New York Harbor region recorded since 1821 occurred after 1990, and three of the 10 largest have occurred since 2010 (March 2010, August 2011, and October 2012). Archival research and numerical modeling indicates, however, that the storm surge during an 1821 hurricane exceeded that from hurricane Sandy (~3.5m vs. 2.8m). To investigate flood risk we recover archival tide gauge data back to 1844 and evaluate whether the recent cluster of extreme water levels is random, driven solely by sea-level rise, or is caused by changes to storm tides (the sum of storm surge and tidal effects). Results indicate both long term trends and decadal variability in the annual maximum storm tide (AMST). Approximately half of long-term AMST variability is explained by a long term increase in storm tides, while the remainder is explained by the North Atlantic Oscillation. The magnitude of the 10 year return period storm tide has increased by 0.28m. Combined with a 0.44m increase in local sea level since 1856, the 10 year flood level has increased by approximately 0.72 ± 0.25m, and magnified the annual probability of overtopping the nominal Manhattan seawall from less than 1% to about 20–25%. Further, including the 1821 event in extreme value analysis suggests that the return period of hurricane Sandy storm tides is much smaller than other estimates. Though the cause of the long-term AMST trend is unclear, analysis of tidal properties indicates that long-wave propagation in New York harbor has shifted since the 1850s. Because storm surge is also a long-wave with a component in the tidal band, at least a portion of changed storm-tide hazard is likely driven by local anthropogenic alterations of the region’s waterways. Along with sea-level rise, local development and climate-induced shifts to the North Atlantic Oscillation may continue to affect the New York harbor storm tide hazard in the future. 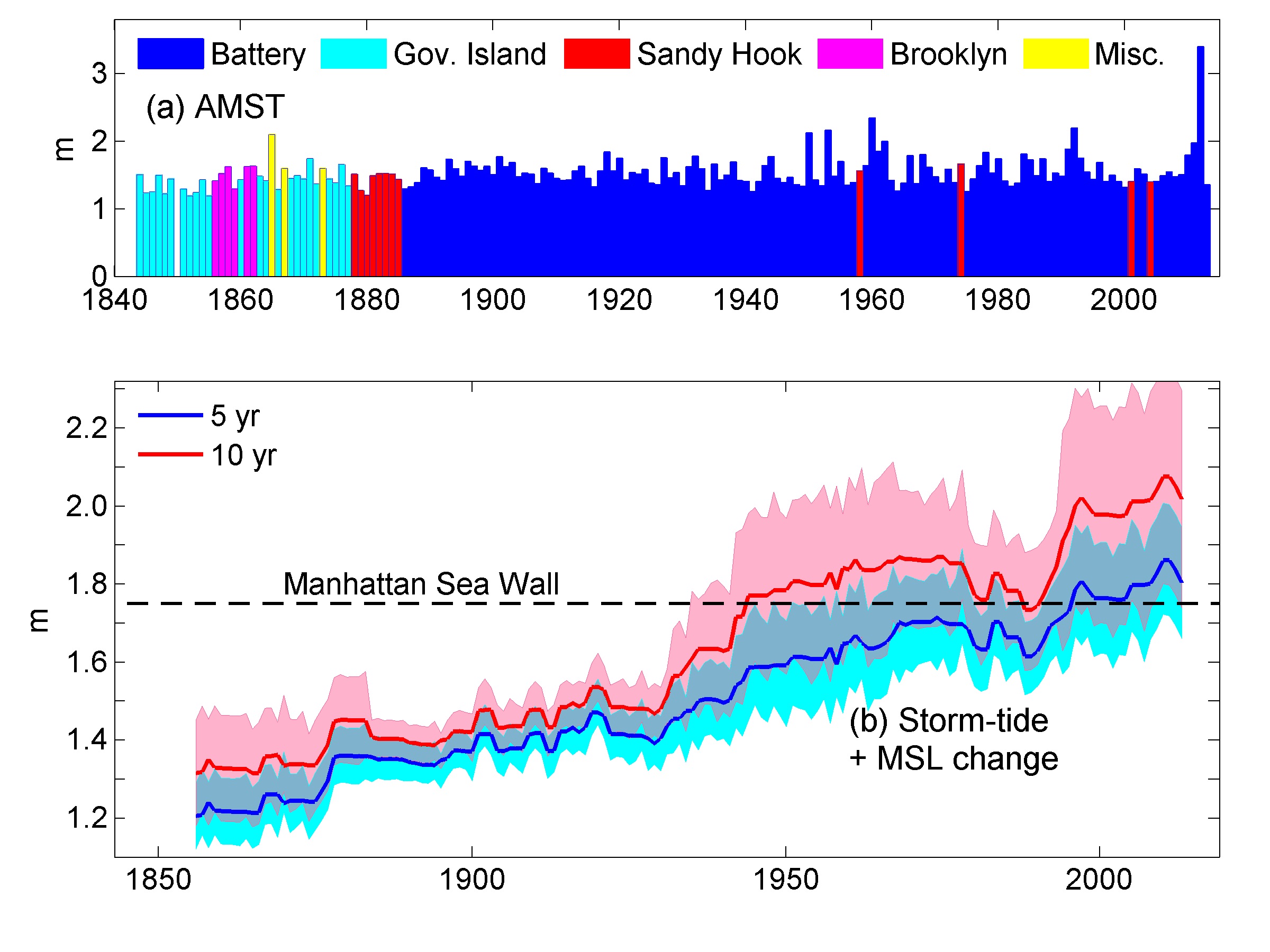