B54F-02:
Distribution of Near-Surface Permafrost in Alaska: Estimates of Present and Future Conditions

High-latitude regions are experiencing rapid and extensive changes in ecosystem composition and function as the result of increases in average air temperature. Increasing air temperatures have led to widespread thawing and degradation of permafrost, which in turn has affected ecosystems, socioeconomics, and the carbon cycle of high latitudes. Further warming could lead to increasing ground temperatures, thickening active-layers, and accelerated thawing and degradation of permafrost. Despite permafrost’s influence on ecosystem structure and functions, relatively little has been done to quantify permafrost properties across extremely large areas and at high resolutions. Detection and mapping of permafrost are difficult, however, because it is a subsurface condition of the ground, heterogeneous in nature, and largely exists in remote locations. Here we overcome complex interactions among surface and subsurface conditions to map permafrost through empirical modeling approaches that statistically and spatially extend field observations using remotely sensed imagery, climatic data, and thematic maps of a wide range of surface and subsurface biophysical characteristics. The data fusion approach generated high-resolution (30-m pixels) maps of near-surface (within 1 m) permafrost, active-layer thickness, and associated uncertainty estimates throughout most of Alaska. Our calibrated models were then used to quantify changes in permafrost distribution under varying future climate scenarios assuming no other changes in biophysical factors. The mapping of permafrost distribution across Alaska is important for land-use planning, environmental assessments, and a wide-array of geophysical studies. 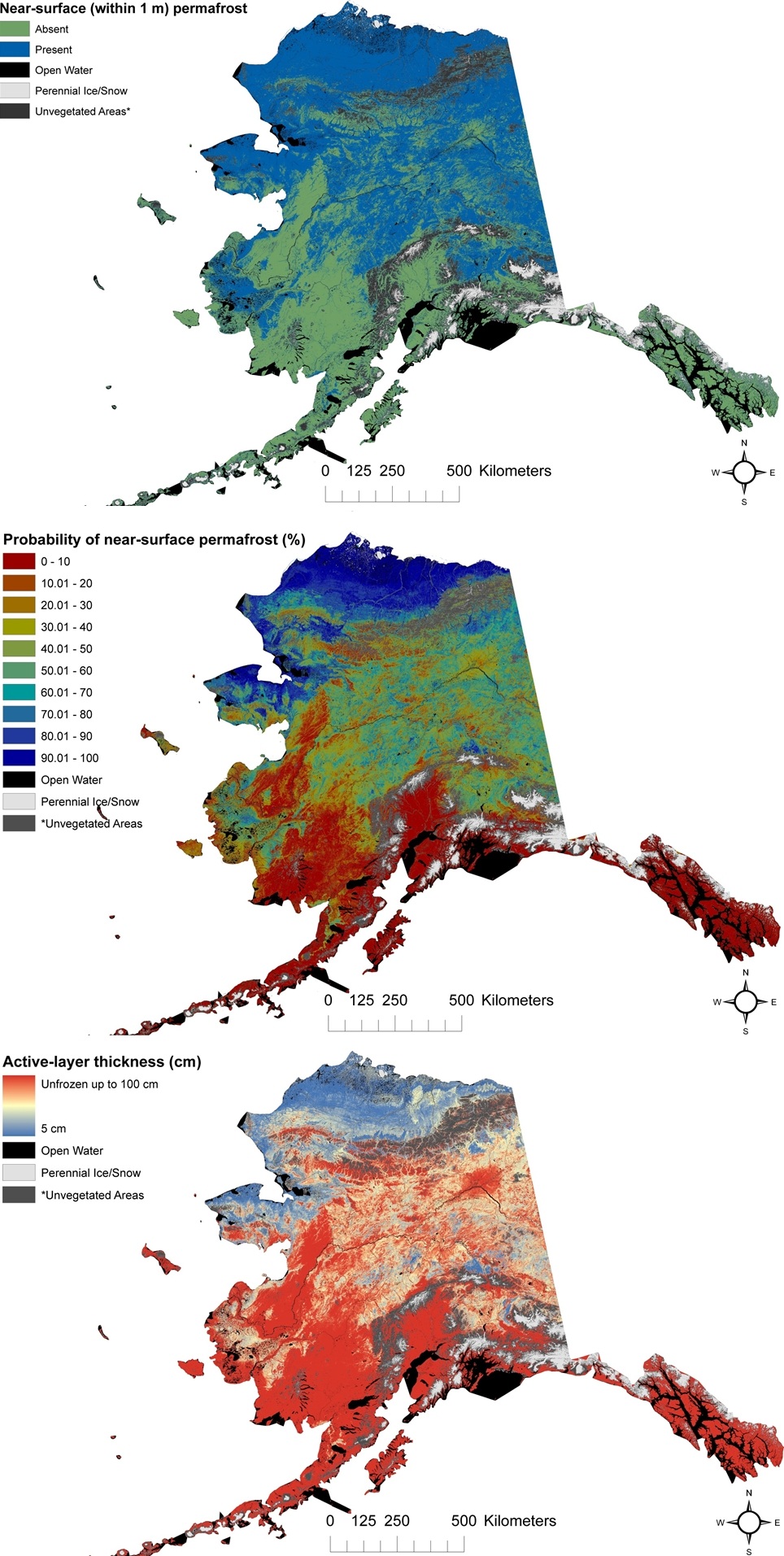