A14C-02:
Tidal Mixing in the Indonesian Archipelago and Its Impact on Climate

The Indonesian archipelago produces large internal tides dissipation in the thermocline. The recent Indonesian Mixing program (INDOMIX) has been designed to quantify this mixing using direct and indirect measure of the mixing.A wide range of values is obtained for dissipation within [10-8, 10-4] W/kg with spots of higher dissipation in the ocean interior correlated with a strong internal tide signal. Deduced Kz values are found between 510-4 to 5 10-1 m2/s, much more higher than open ocean values. Surface mixing, below the base of the mixed layer is found to be very strong above all straits, with values within [10-4, 10-3 m2/s]. Introduced in a model using an adapted parameterisation to the Indonesian archipelago, models show good agreement with the observations, where strong water mass transformation has been previously diagnosed. This additional mixing produce a ~0.5°C surface cooling and reduces by 20% the overlying deep convection. This improves both the amount and structure of the rainfall and weakens the wind convergence relaxes the equatorial Pacific trade winds and strengthens the winds along Java coast. These wind changes causes the thermocline to be deeper in the eastern equatorial Pacific and shallower in the eastern Indian Ocean. The El Nino Southern Oscillation (ENSO) amplitude is therefore slightly reduced while the Indian Ocean Dipole/Zonal Mode (IODZM) variability increases. IODZM precursors, related to ENSO events the preceding winter in this model, are also shown to be more efficient in promoting an IODZM thanks to an enhanced wind/thermocline coupling. The MJO is also improved in the model.Changes in the coupled system in response tidal mixing are as large as those found when closing the Indonesian Throughflow, emphasizing the key role of IA on the Indo-Pacific climate. This suggests that climate models need to take into account this intensified mixing to properly represent the mean state of the atmosphere and its climate variability. 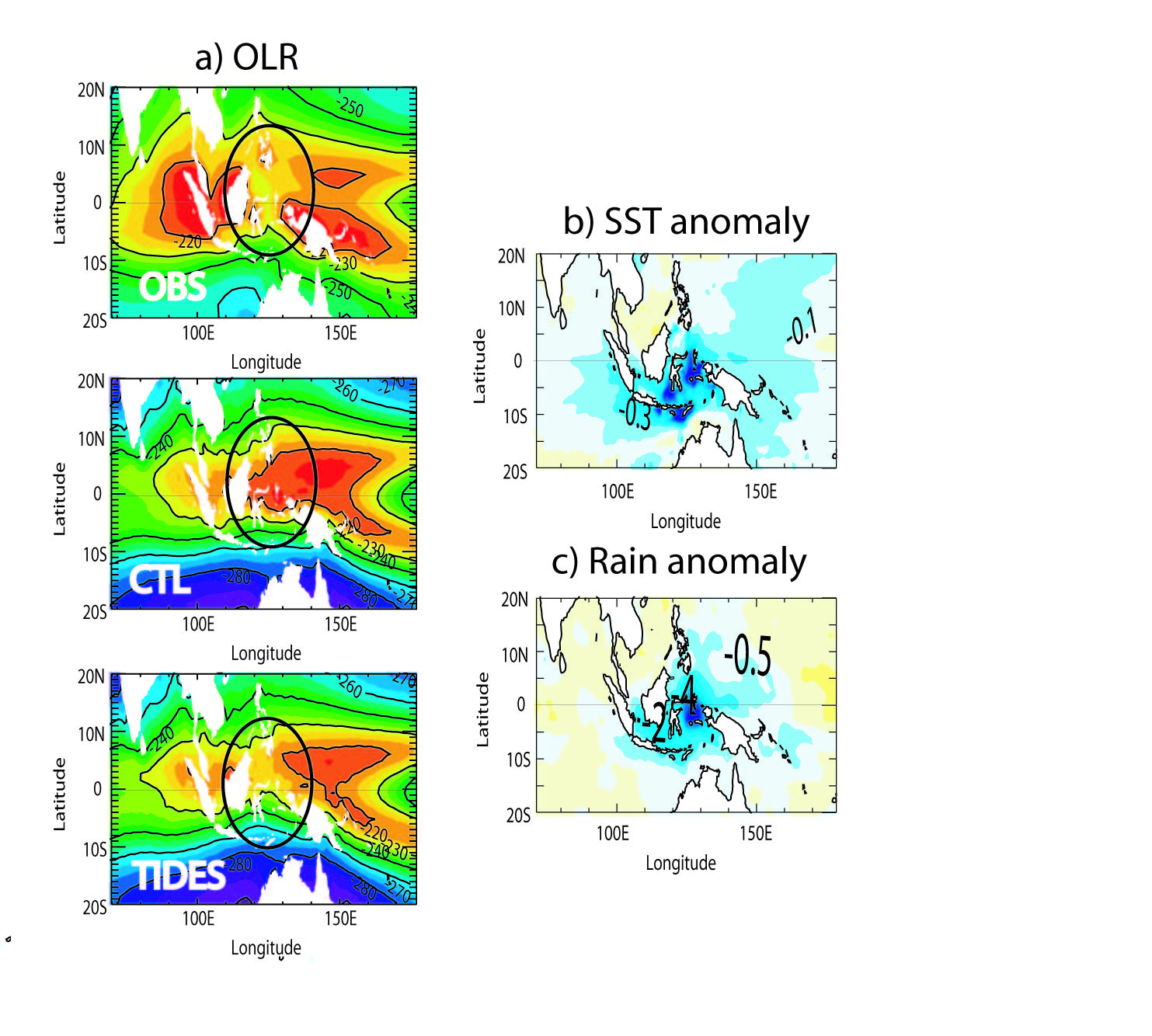