Systemic discrepancies between observed and modelled tsunami wave speeds where previously identified for two recent major tsunamis, the 2010 Maule and 2011 Tohoku events. To account for these discrepancies, we developed a numerical tsunami propagation code solving the shallow water equation and including the effects of elastic loading of the sea-floor by the tsunami as well as a linear density profile in the sea water column. We show here that both effects are important to explain the commonly observed difference between observations and simulations. We conclude that the density variation in the sea water column affects the wave speed without changing the waveform, whereas the loading effect has an effect on the wave speed and the waveform showing a negative phase before the main arrival due to the depression of the sea floor surrounding the tsunami wave. The combination of both effects is needed to achieve a better match between observations and simulations. 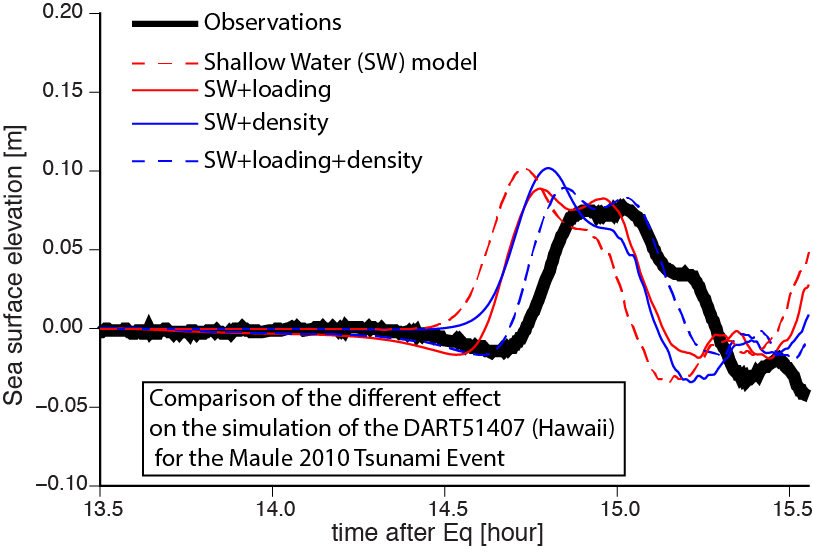