Launched on 22 November 2013, the European Space Agency’s three-satellite Swarm constellation is approaching its first anniversary in space. Embarking identical, high accuracy and high spatial resolution instrumentation on all satellites, the mission has ambitious goals reaching from the deep Earth interior (the core) out to the solar-terrestrial interaction in the magnetosphere and therefore addresses a wide range of user communities. Measurements of the magnetic field (magnitude and vector components), the electric field (through ion drift velocity, ion density, ion temperature, electron density, electron temperature and spacecraft potential), the gas density and horizontal winds as well as precise positioning are supported by a range of derived products for the magnetic field, geophysics, aeronomy and space physics communities. Indeed, Swarm is at the forefront of cross-cutting science issues that involve significant parts of the space and earth physics community.

This contribution will detail the status of the mission one year after launch, including the status of the data processing and products serving the research needs. It will furthermore detail the outcome of the calibration and validation phase of the mission as well as outline the Agency’s plans for data exploitation initiatives and research opportunities linked to the Swarm mission. The role of Swarm for space weather research will also be discussed. It aims at a role as an overview presentation for all other Swarm-related contributions to this session. 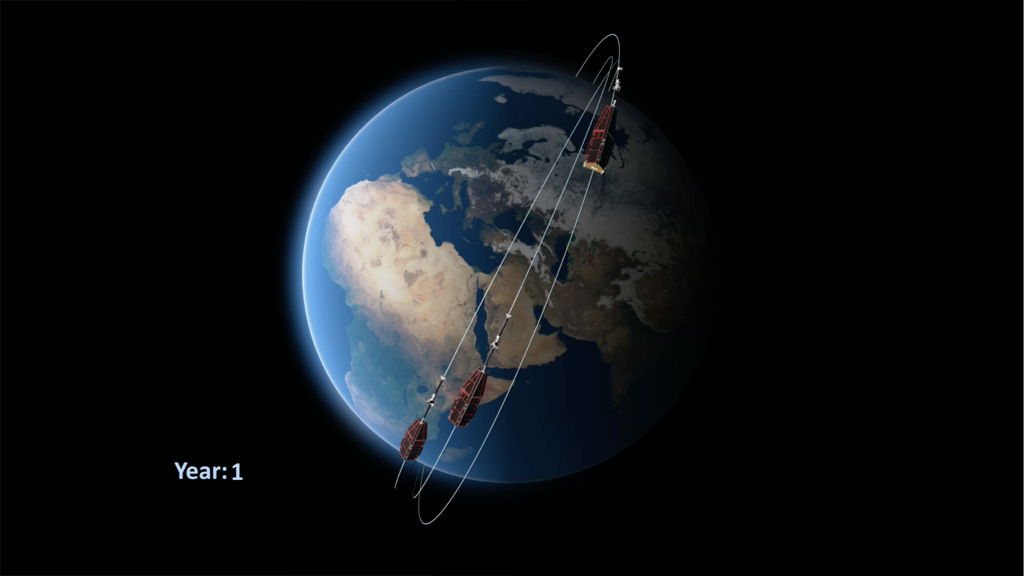