A43A-3238:
A Comparison of Explicit Algebraic Turbulence Models and the Energy-Flux Budget (EFB) Closure in Gabls

Turbulent flows with buoyancy effects occur in many situations, both in industry and in the atmosphere. It is challenging to correctly model such flows, especially in the case of stably stratified turbulence, where vertical motions are damped by buoyancy forces. For this purpose, we have derived a so-called explicit algebraic model for the Reynolds stresses and turbulent heat flux that gives accurate predictions in flows with buoyancy effects. Although inspired by turbulence models from engineering, the main aim of our work is to improve the parametrization of turbulence in the atmospheric boundary layer (ABL).

Explicit algebraic turbulence models are a class of parametrizations that, on the one hand, are more advanced than standard eddy-diffusivity relations. On the other hand, they are signficantly easier to handle numerically than models that require the solution of the full flux-budget equations. To derive the algebraic model, we apply the assumption that transport terms of dimensionless fluxes can be neglected. Careful considerations of the algebra lead to a consistent formulation of the Reynolds stresses and turbulent heat flux, which is more general and robust than previous models of a similar kind. The model is shown to give good results compared to direct numerical simulations of engineering test cases, such as turbulent channel flow.

Recent work has been aimed at testing the model in an atmospheric context. The first of these tests makes use of the GABLS1 case, in which a stable atmospheric boundary layer develops through a constant surface cooling rate. The model is able to give good predictions of this case compared to LES (see attached figure). Interestingly, the results are very close to the outcome of the recently developed Energy-Flux-Budget (EFB) closure by Zilitinkevich et al. (2013). A detailed discussion of the similarities and differences between these models will be given, which can give insight in the more general gap between engineering and atmospheric turbulence models. Further tests will be performed in cases with a full diurnal cycle. 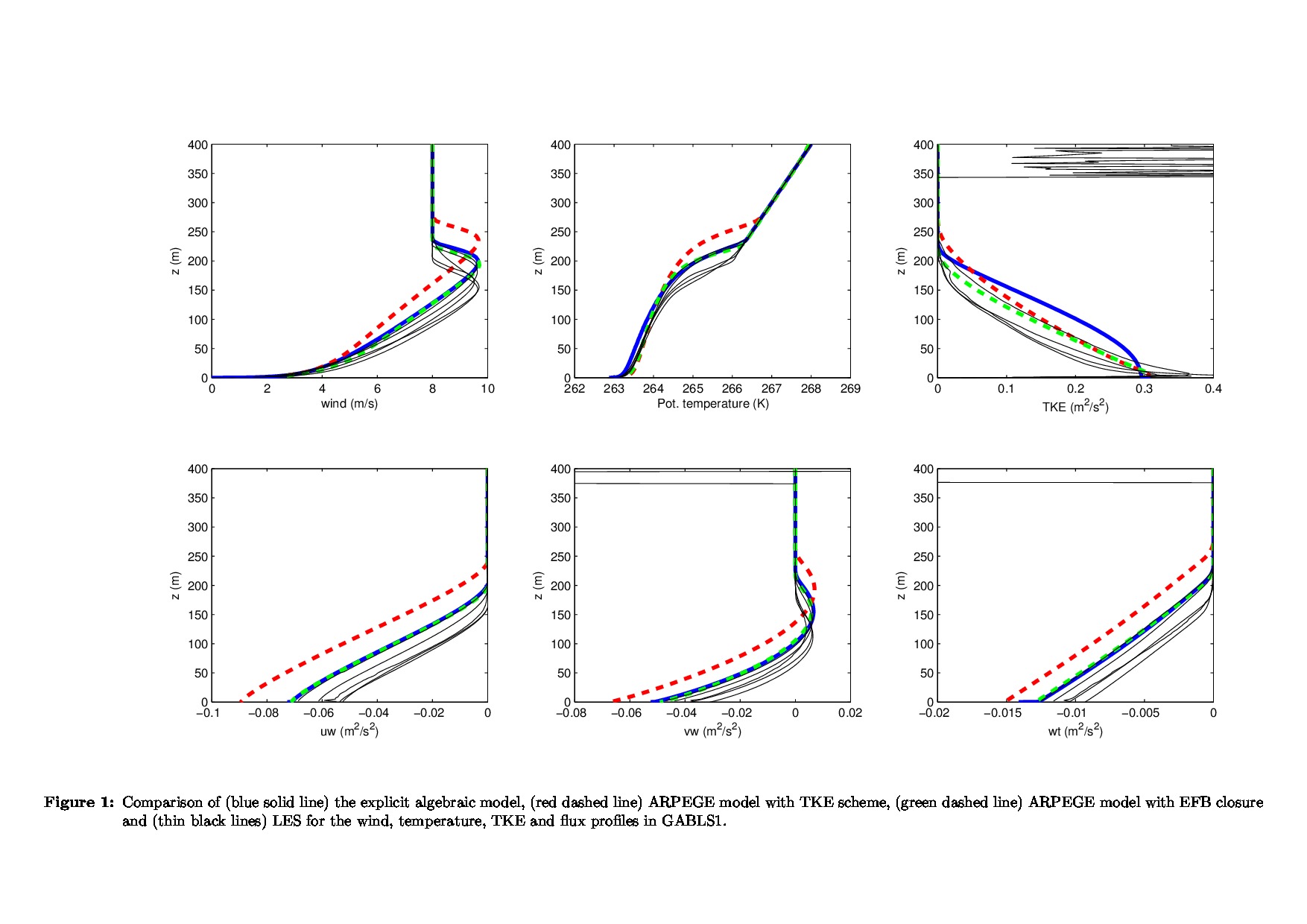