We used high-resolution radiometrics and aeromagnetic data to investigate the Precambrian Singo Igneous Complex (SIC) in Uganda. The SIC covers an area of about 700 km² and is host to hydrothermally formed economic minerals such as Gold and Tungsten. The distribution of the ore deposits is not well known and current mine workings are limited to the western margins of the complex. Our objectives were to (1) provide a detailed geological map of the SIC and surrounding, (2) investigate relationships between preserved intrusive bodies and Precambrian tectonic structures to provide insight into emplacement of the complex, (3) examine links between magma emplacement, discontinuities and hydrothermal alteration (4) generate two-dimensional (2-D) and three-dimensional (3-D) models of the complex to understand its subsurface geometry, (5) investigate the relationship between the structure of the SIC and mineral occurrences as an aid to future exploration programs. Edge enhancement filters such as the analytical signal, vertical and tilt derivatives were applied to the magnetic data. In addition, 2-D and 3-D models were produced using Geosoft’s GM-SYS 2-D and Voxi modules. The filtered data provided unprecedented structural details of the complex and revealed the following: (1) the edge of the SIC is characterized by higher magnetic susceptibility and Thorium content than its interior, (2) the SIC is characterized by eight to nine nested ring complexes with diameters ranging from 2.5 to 14 km, (3) the 3-D inversion suggests near vertical walls for the ring complexes extending to a depth of about 7 km, (4) the SIC was emplaced within a Precambrian folded basement and was traversed by numerous NW-trending dykes and (5) present day mining activities are concentrated within the folded basement units although occurrences of Tungsten and Gold are found associated with the highly magnetized edge of the ring complexes. We interpret the highly magnetized edges of the nested ring complexes as crystallization of ascending magma and hydrothermal fluids into near vertical ring fractures resulting from the collapse of the roof of magma chambers. We suggest that although not currently explored, the highly magnetized edges of the ring complexes represent potential areas for mineral extraction similar to other ring complexes worldwide. 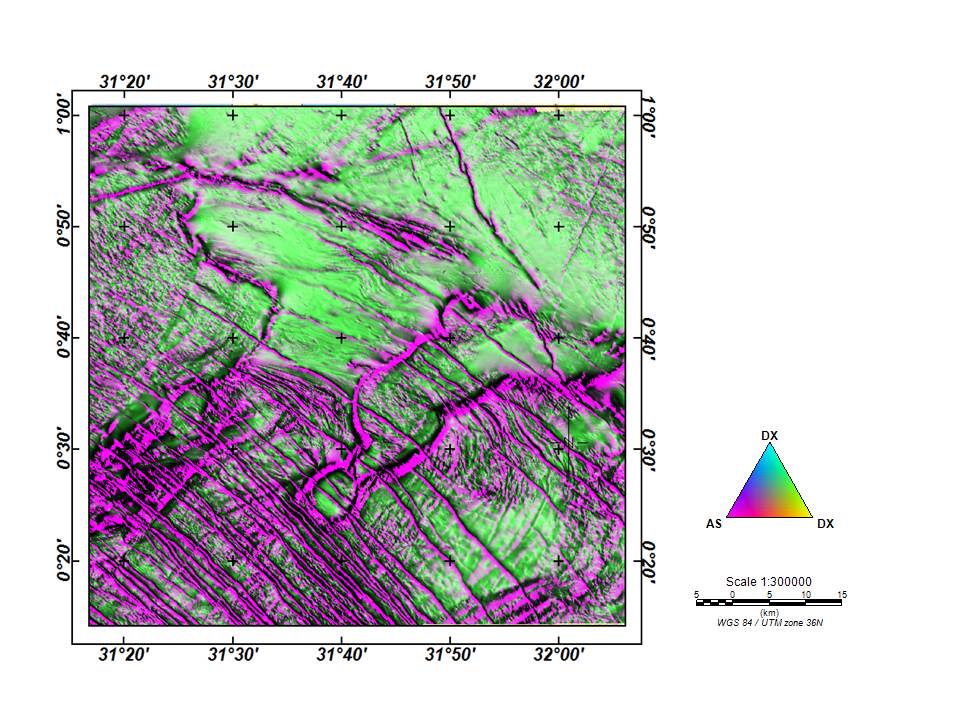