Recent technological advances in the recovery of unconventional natural gas, particularly shale gas, have served to dramatically increase domestic production and reserve estimates for the United States and internationally. This trend has led to lowered prices and increased scrutiny on production practices. Questions have been raised as to how greenhouse gas (GHG) emissions from the life cycle of shale gas production and use compares with that of conventionally produced natural gas or other fuel sources such as coal. Recent literature has come to different conclusions on this point, largely due to differing assumptions, comparison baselines, and system boundaries. Through a meta-analytical procedure we call harmonization, we develop robust, analytically consistent, and updated comparisons of estimates of life cycle GHG emissions for electricity produced from shale gas, conventionally produced natural gas, and coal. On a per unit electrical output basis, harmonization reveals that median estimates of GHG emissions from shale gas-generated electricity are similar to those for conventional natural gas, with both approximately half that of the central tendency of coal. Sensitivity analysis on the harmonized estimates indicates that assumptions regarding liquids unloading and estimated ultimate recovery (EUR) of wells have the greatest influence on life cycle GHG emissions, whereby shale gas life cycle GHG emissions could approach the range of best performing coal-fired generation under certain scenarios. Despite clarification of published estimates through harmonization, these initial assessments should be confirmed through methane emissions measurements at components and in the atmosphere and through better characterization of EUR and practices. 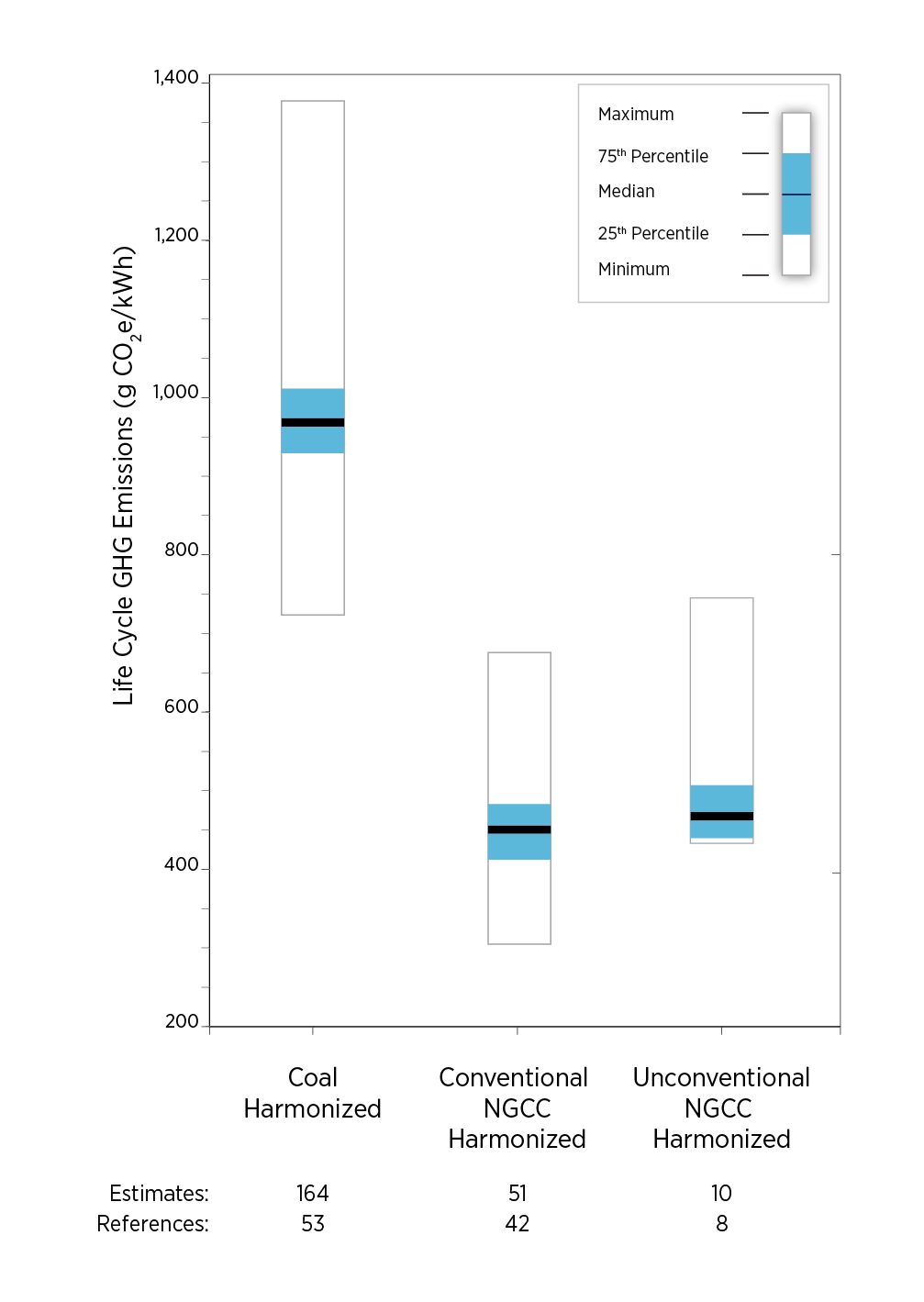