The use of isotopic tracers is an effective approach for characterizing the moisture sources of precipitation in cold and arid regions, especially in the Tibetan Plateau (TP), an area of sparse human habitation with few weather and hydrological stations. This study investigated stable isotope characteristics of precipitation in the Qinghai Lake Basin, analyzed moisture sources using data sets from NCEP-NCAR, and calculated vapor contributions from lake evaporation to the precipitation in the basin using a two-component mixing model. Results showed that the Local Meteoric Water Line (LMWL) was defined as δ2H = 7.86 δ18O + 15.01, with a slope of less than 8, indicating that some non-equilibrium evaporation processes occurred when the drops fell below the cloud base. Temperature effects controlled δ18O and δ2H in precipitation in the basin, with high values in summer season and low values in winter season. Moisture in the basin was derived predominantly from the Southeast Asian Monsoon (SEAM) from June to August and the Westerly Circulation (WC) from September through May. Meanwhile, the transition in atmospheric circulation took place in June and September. The SEAM strengthened gradually, while the WC weakened gradually in June, and inversely in September. However, the Southwest Asian Monsoon (SWAM) did not reach the Qinghai Lake Basin due to the barrier posed by Tanggula Mountain. High d-excess (＞10‰) and significant altitude and lake effects of δ18O in precipitation suggested that the vapor evaporated from Qinghai Lake, strongly influenced annual precipitation, and affected the regional water cycle in the basin distinctly. The monthly contribution of lake evaporation to basin precipitation ranged from 3.03% to 37.93%, with an annual contribution of 23.42% or 90.54 mm, the majority of which occurred in the summer season. Our findings demonstrate that the contribution of evaporation from lakes to atmospheric vapor is fundamental to water cycling on the TP. 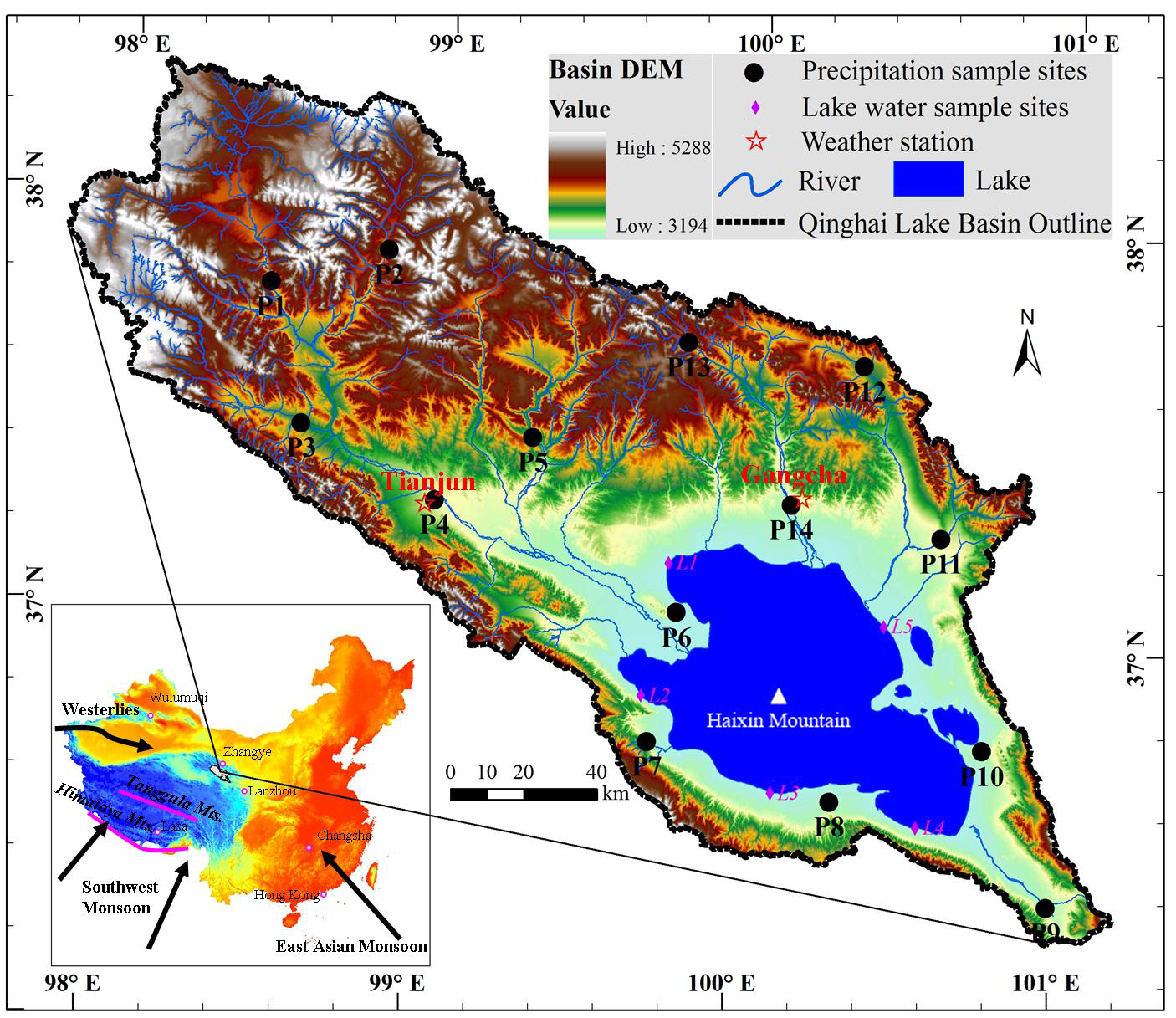