earthquake based on 1 Hz GPS records only. We confirm that some of the co-seismic slip at shallow depth

1) that if located very close to the rupture, a GPS receiver can saturate while it remains possible to estimate

the ground velocity (~1.2 m/s) near the fault, 2) that GPS waveforms inversions constrain that the slip

3) the slip distribution at depth from our best models agree with that recovered from strong motion data.

The 95th percentile of the slip amplitudes for rupture velocities ranging from 2 to 5 km/s is ~55+/-6 cm. 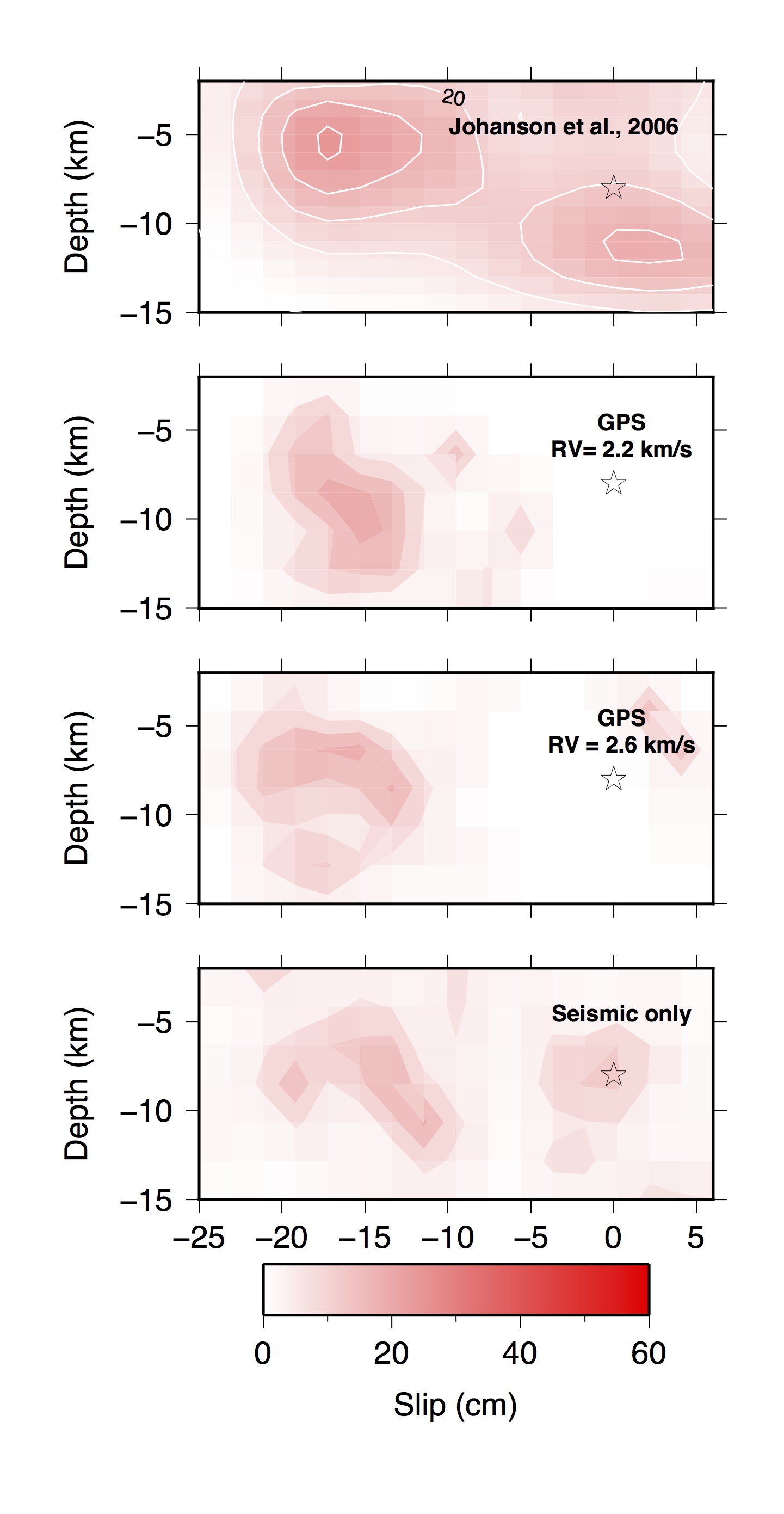