Prolonged extension of the continents results in deep elongated rift valleys at the surface and a rift-centered magma ponding zones at the crust-mantle boundary. The ascending magma sometimes erupts to the surface producing volcanism both in the rift valley, or counterintuitively, at off-rift volcanic fields offset by tens of kilometers from the source of magma at depth. The driving forces behind the off-rift surface distribution of magmatism remain enigmatic. Here we demonstrate, with numerical boundary element models of dyke propagation, that the gravitational unloading induced by crustal thinning and rift border faulting can steer dykes away from the deep magma ponding zone towards the rift sides, eventually causing eruptions at tens of kilometers outside the rift border. Furthermore, our models predict the formation of stacked magmatic sills in the lower crust above the magma ponding zone, and the along-rift propagation of shallow dykes in rifting events. Gravitational unloading, which facilitates decompression melting of the asthenosphere, is fundamental in controlling the transfer of magma from depth to the surface. Our predictions are consistent with the location and shape of intrusions, as well as the distribution of volcanism from rift zones around the Earth. 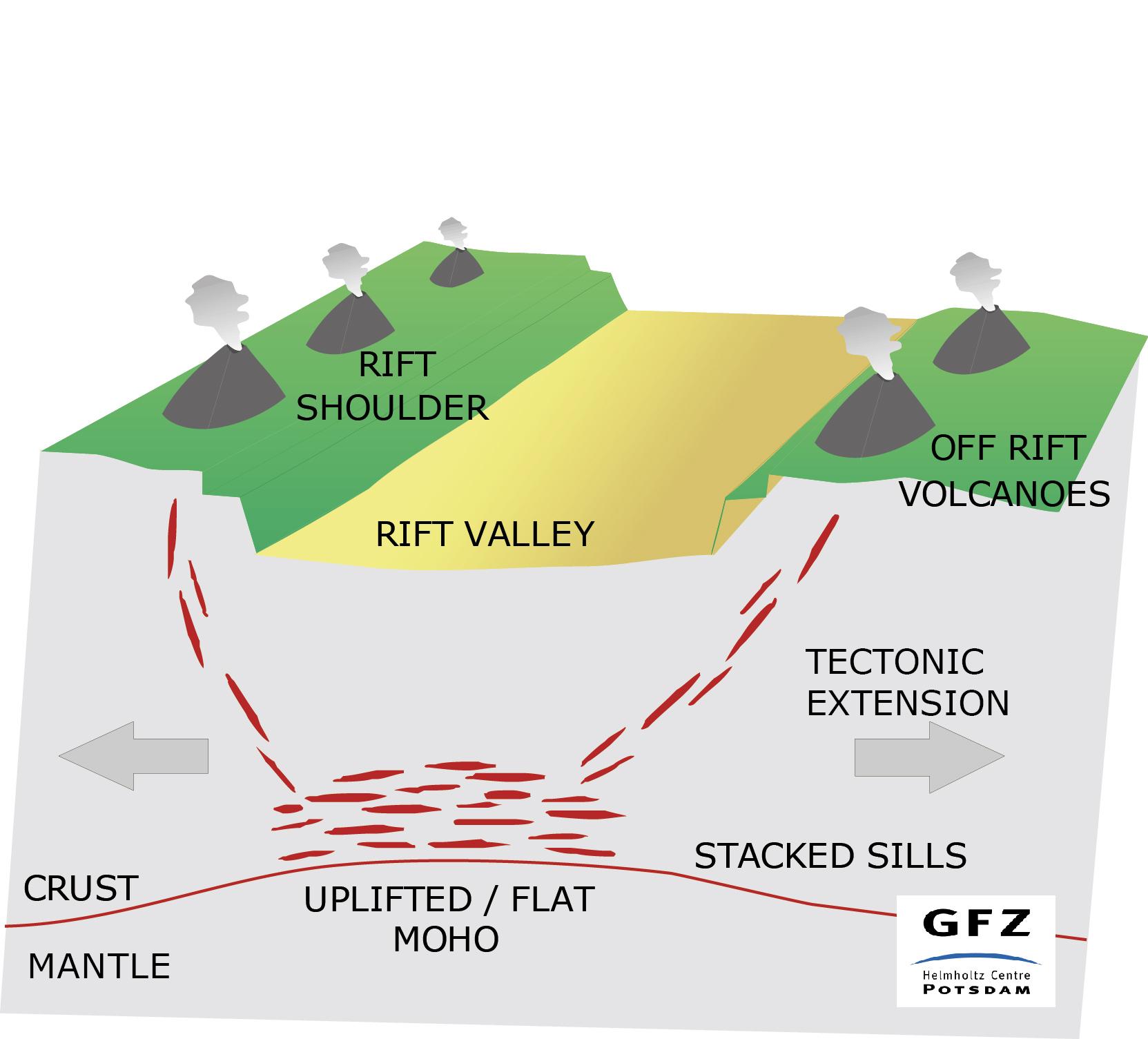