We present results from analysis of twenty-two scenes from the Envisat satellite dated between February 2005 and September 2010 along track 213 frames 2907 and 2925 in the Western Transverse Ranges, CA. Persistent Scatterer InSAR (PSI) analysis of interferograms was performed using the StaMPS software package resulting in approximately 2 million PSI points with their associated line-of-sight velocities and time series. These data outline several zones of anthropogenic motion likely due to groundwater usage and oil extraction. We identify two instances of highly localized subsidence due to oil extraction: one of up to 6 mm/yr across a 3x5 km wide oval-shaped zone along the Ventura Ave anticline and another of up to 12 mm/yr across a 3x15 km region near Maricopa. Both of these features are observed in regions of known oil extraction, and the subsidence zones parallel the local fold axes, suggesting that these observed features are real and not merely a product of noise. We also observe several features potentially related to groundwater extraction. The groundwater-related signals tend to be less localized than the oil extraction signals and typically are centered around urban or agricultural areas. The PSI data show a broad zone of subsidence in the greater Oxnard region (10 mm/yr maximum), and more localized zones of subsidence centered in the cities of Carpenteria (4 mm/yr), Ojai (4 mm/yr), and Santa Clarita (5 mm/yr). Several additional regions of potentially anthropogenic motion are also present in the PSI data to which the root cause is unclear. For example, we observe localized uplift of 5 mm/yr centered in the Stevenson Ranch housing development, 8 mm/yr of subsidence centered about 5 km NW of Moorpark near a large agricultural nursery, and a potentially tectonic broad pattern of 4 mm/yr of uplift in the mountains of Los Padres National Forest near Frasier Mountain. 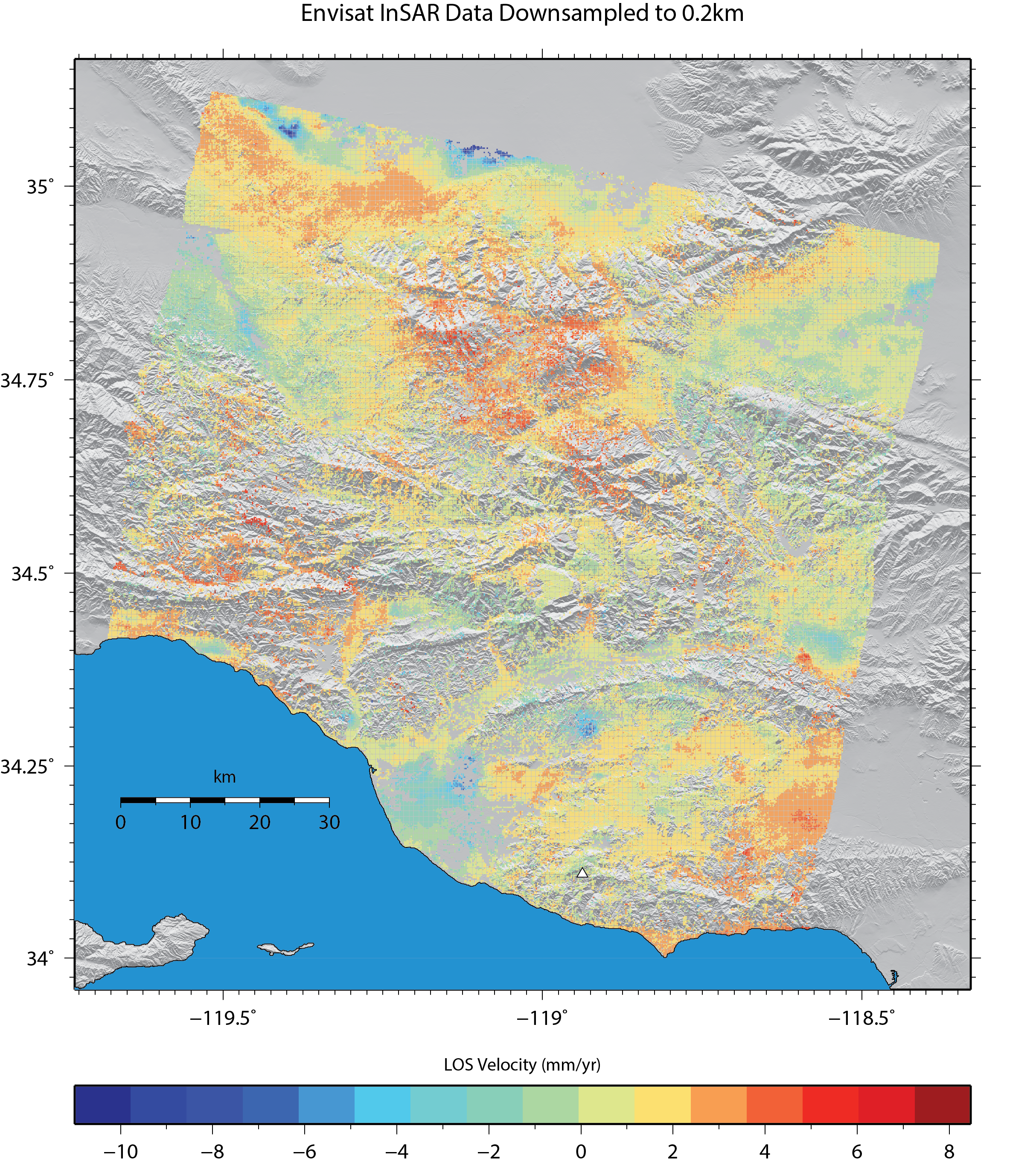