OS51F-06:
The Dynamics of Mercury Speciation and Transport at a Central California Coastal Lagoon

We evaluated spatial and temporal trends in total mercury and monomethylmercury (MMHg) in groundwater, lagoon water, and nearshore seawater to assess the drivers of MMHg production in a coastal lagoon system. Many West Coast streams transition from estuarine to lagoon conditions in the dry season when a sand berm develops at the stream mouth, restricting surface water exchange with the ocean. Because lagoons accumulate nutrients from their upstream watershed they are susceptible to eutrophication, which can promote the growth of anaerobic bacteria. In nearshore settings, these bacteria are primarily responsible for producing MMHg, a bioaccumulative neurotoxin. We found that MMHg concentrations in lagoon water (1 – 5 pM) were higher than in groundwater (0.2 – 1 pM) and coastal seawater (0.1 – 0.6 pM). Groundwater depth profiles combined with subsurface resistivity images suggest MMHg in lagoon water was transported through the sand berm to adjacent seawater. MMHg in seawater and groundwater followed similar trends, providing additional evidence of groundwater-surface water interaction. MMHg in groundwater directly below the lagoon was consistently higher where dissolved oxygen and NO3- decreased, implying MMHg production by anaerobic bacteria. Over a ~7-hour period we observed a 0.6 pM decrease in groundwater MMHg (1 to 0.4 pM) that coincided with a decrease in water temperature (16.5 to 13 °C). We hypothesize that microbial activity, and consequently MMHg production, were enhanced in warmer water. Because coastal lagoons support intricate food webs and serve as nurseries for a variety of organisms, processes that influence mercury speciation and transport in these ecosystems may have a disproportionate impact on nearshore mercury biogeochemical cycling. 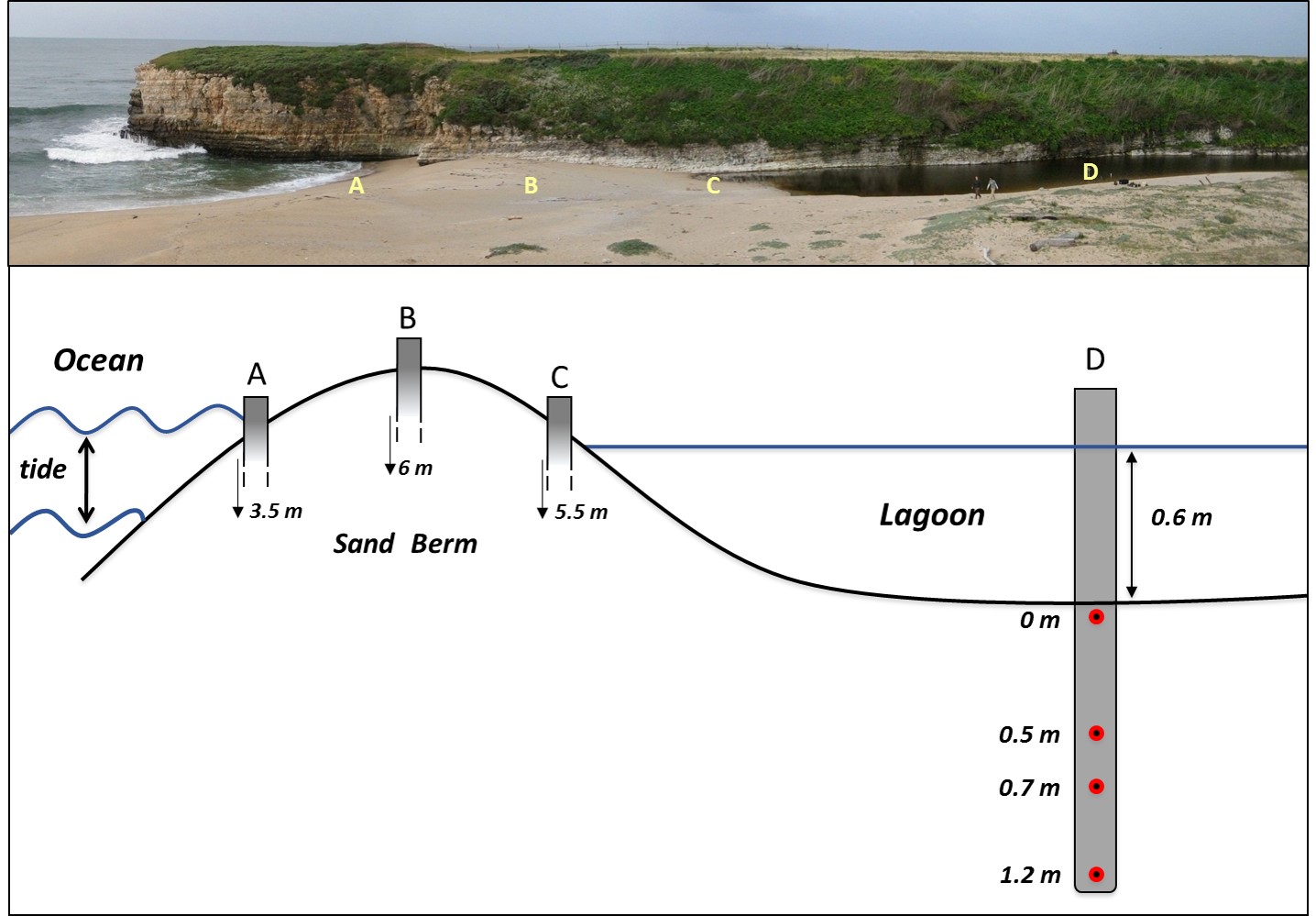