To assess whether the simple models are inadequate in their fault geometry, we use a complex interseismic mechanical model incorporating three-dimensional, nonplanar, and geologically constrained fault surfaces from the Southern California Earthquake Center’s Community Fault Model (CFM). This model produces very little vertical strains, but cannot match the magnitudes and localization of fast horizontal strains, likely due to the modeled homogeneous rock stiffness. In the end, we suggest that it is possible that a significant portion of the horizontal strains are due to strain localization in the low modulus sediments of the Ventura basin, which may not be released in a future earthquake and potentially mask the interseismic deformation due to faulting. Additionally, the CFM-based model suggests that many faults in the region may have no interseismic signal at all since several faults merge with other faults above their locking depth. Thus, interseismic satellite geodesy may not be able to characterize all potential seismic sources. 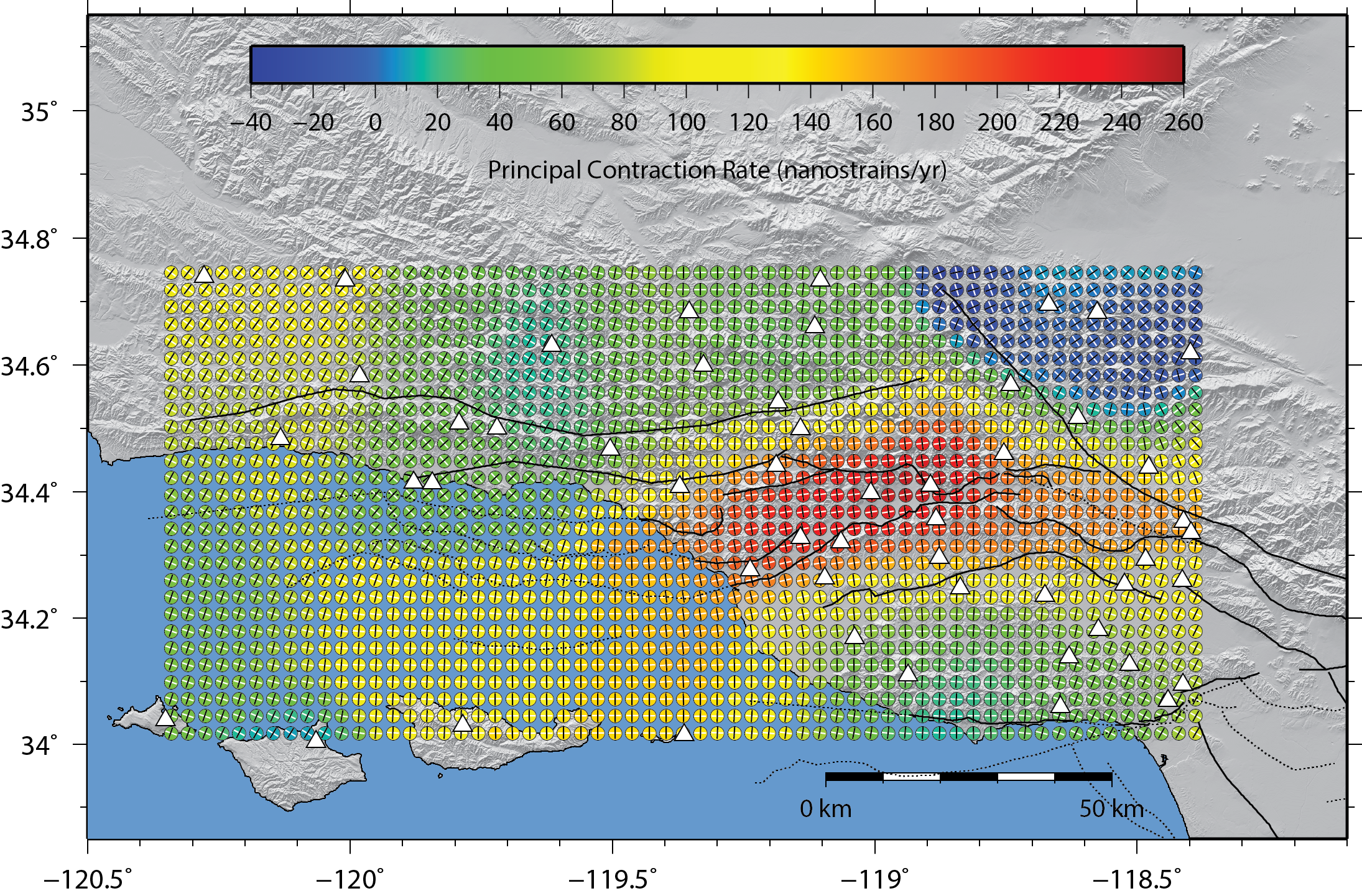