Past physics-based models of slow slip events (SSE) have shown that, when averaged over many SSE cycles, the shear stress within the SSE zone remains roughly constant. Stress accumulates between SSE, and then is released during slow slip events. However, the predicted long-term deformation rates from such models, assuming the plate boundary is locked to the top of the ETS zone, do not fit well GPS velocities and uplift rates determined from leveling and tide-gauge data. These physics-based models particularly misfit the vertical rates. At the same time, previous kinematic inversions display a gap between the down-dip limit of the locked region and the top of the ETS zone.

Our inversions of geodetic data for fault slip rates exhibit a steeper slip-rate profile at the top of the ETS zone, relative to the constant shear stress model, as well as creep up dip of the ETS zone. We explore physics-based models with velocity-strengthening regions of different length up dip the ETS zone, i.e. within the “gap” identified in kinematic inversions. However, this still does not match the observations well. We therefore try a new approach: we invert for shear stress rates on the megathrust that best fit the data. We show that a small decrease in shear stress within the top of the ETS zone, reaching 5 kPa/year at a depth of ~ 30 km, is required to fit the data. Possible explanations for this include a slow decrease in normal stress with time, possibly due to an increase in pore pressure, or a reduction in fault friction. We explore these hypotheses, using 2D quasi-dynamic simulations with rate-and-state friction and isothermal v-cutoff models for generating slow slip events. The potential for creep above the top of the ETS zone has important implications for the mechanical relationship between deep slow slip and dynamic events in the locked region. 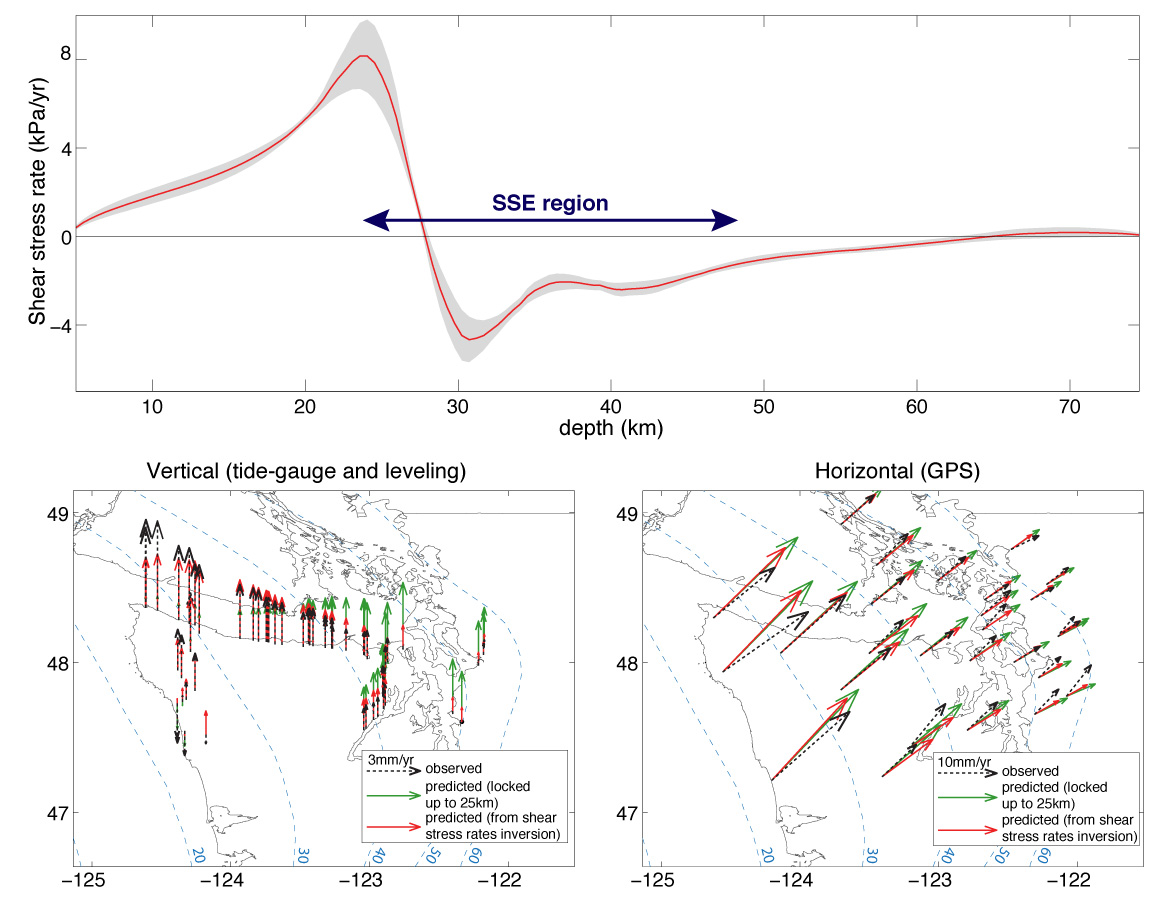