GC13I-0780:
Where Next for Marine Cloud Brightening Research?

Realistic estimates of geoengineering effectiveness will be central to informed decision-making on its possible role in addressing climate change. Over the last decade, global-scale computer climate modelling of geoengineering has been developing. While these developments have allowed quantitative estimates of geoengineering effectiveness to be produced, the relative coarseness of the grid of these models (tens of kilometres) means that key practical details of the proposed geoengineering is not always realistically captured. This is particularly true for marine cloud brightening (MCB), where both the clouds, as well as the tens-of-meters scale sea-going implementation vessels cannot be captured in detail. Previous research using cloud resolving modelling has shown that neglecting such details may lead to MCB effectiveness being overestimated by up to half. Realism of MCB effectiveness will likely improve from ongoing developments in the understanding and modelling of clouds. We also propose that realism can be increased via more specific improvements (see figure). A readily achievable example would be the reframing of previous MCB effectiveness estimates in light of the cloud resolving scale findings. Incorporation of implementation details could also be made – via parameterisation – into future global-scale modelling of MCB. However, as significant unknowns regarding the design of the MCB aerosol production technique remain, resource-intensive cloud resolving computer modelling of MCB may be premature unless of broader benefit to the wider understanding of clouds. One of the most essential recommendations is for enhanced communication between climate scientists and MCB designers. This would facilitate the identification of potentially important design aspects necessary for realistic computer simulations. Such relationships could be mutually beneficial, with computer modelling potentially informing more efficient designs of the MCB implementation technique. (Acknowledgment) This work is part of the Integrated Assessment of Geoengineering Proposals (IAGP) project, funded by the Engineering and Physical Sciences Research Council and the Natural Environment Research Council (EP/I014721/1). 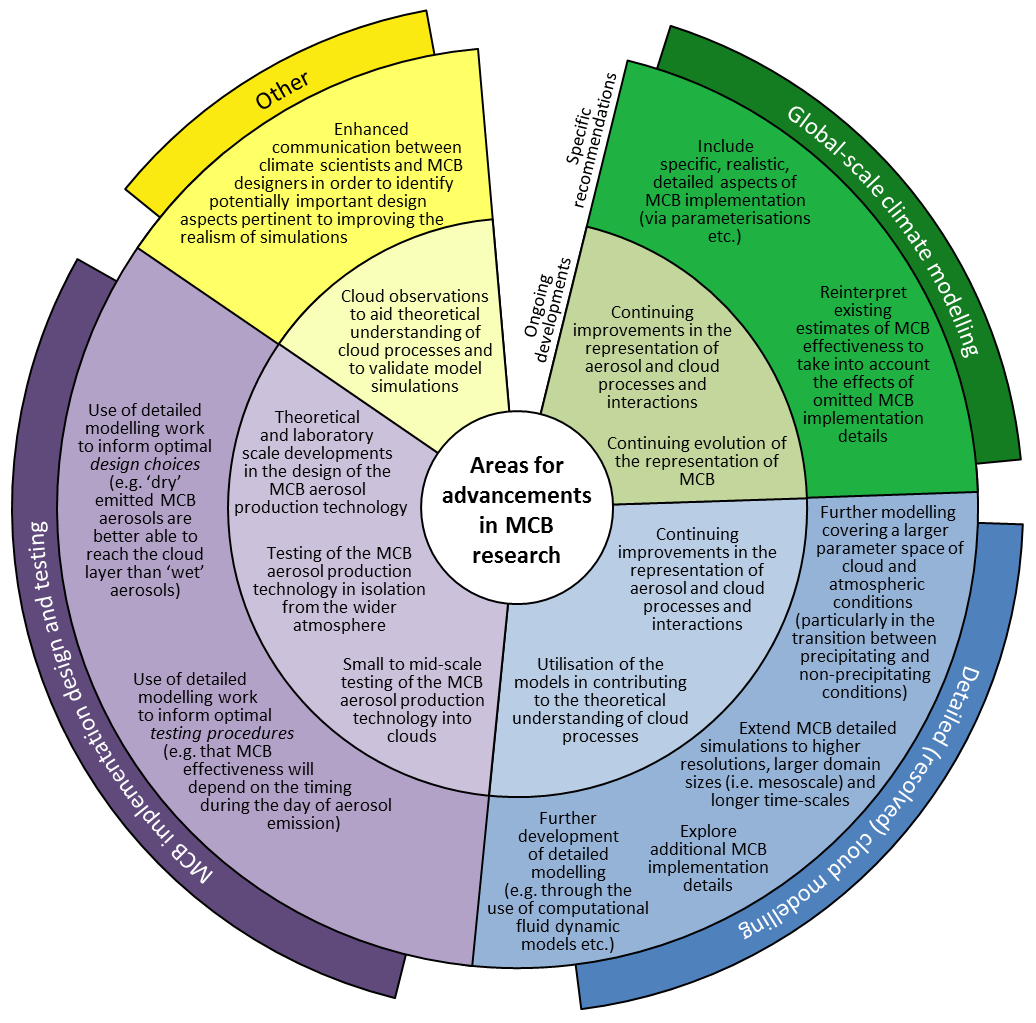