C41D-03:
How Important Is Snowmelt Input for Runoff during Rain-on-Snow Floods over the Western U.S. Mountains?

Many case studies have shown the potential of rain-on-snow conditions to produce extreme snowmelt rates and increase flooding within snow-dominated basins along the Western U.S. mountain ranges. However, it is not well understood under what conditions and in which basins forecasters need to be concerned about the contribution of snowmelt to runoff. In this study, we use a generalized approach to identify the main controls on the importance of snowmelt for flooding across a range of idealized basins and rain-on-snow (ROS) events.

Results show that the simulated snowmelt ranges from 0 to 23% of total basin input (snowmelt + rainfall) over the largest 10 storms within each study basin. The largest contributions from snowmelt occur when: 1) low-elevation snowfall provided high initial snow water equivalent (SWE) prior to a ROS event; 2) the basin fraction of forest was low, which allowed higher wind speed and large positive sensible and latent heat fluxes into the snowpack; and 3) when a large fraction of a basin’s area coincides with the elevations of greatest snowmelt. Sensitivity experiments show that perturbations to the meteorological forcing data have different impacts in mass-limited and energy-limited regimes. This study illustrates the importance of the basin contribution from snowmelt during extreme ROS events and demonstrates the relative importance of the processes controlling basin-average snowmelt. 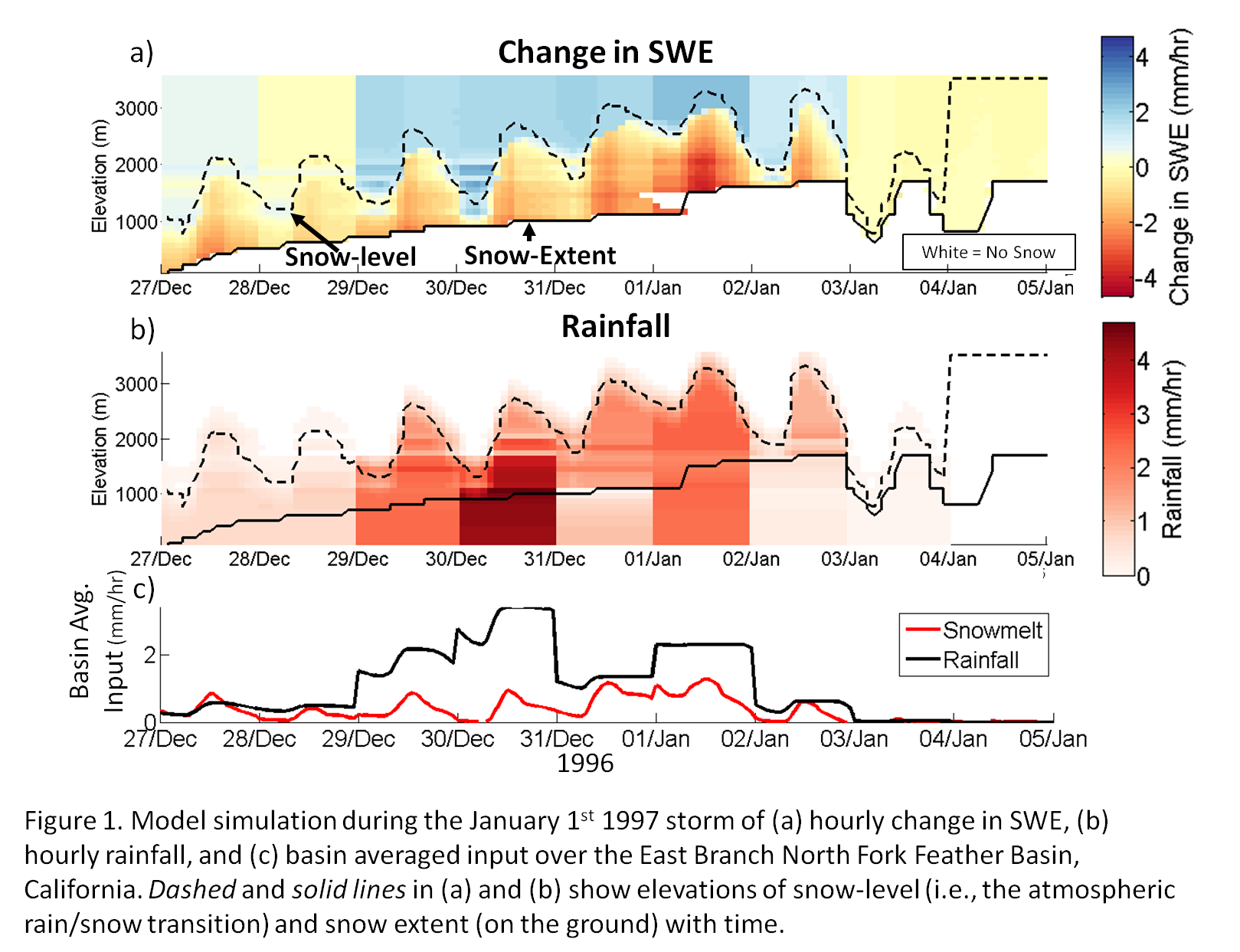