S11G-05:
Mariscope: Observing P Waves (and much more) Everywhere in the Oceans

The lack of stations on islands or the ocean bottom deprives seismic tomographers of almost 2/3 of the information potentially available for global seismic tomography.
The "Mermaid", developed at Geoazur, is an underwater seismograph, based on a TWR Apex float.
P wave signals are automatically identified and transmitted using the detection algorithm from Sukhovich et al. (GRL, 2011), GPS is used to locate the sensor at the time of transmission.

We have studied the performance of Mermaids under different noise conditions in the Mediterranean, Indian Ocean and most recently near the Galapagos islands and will show a selection of observations.
In the Mediterranean, we regularly detect P waves at teleseismic distances of earthquakes with magnitude 6, occasionally below that. Local and regional earthquakes of much lower magnitude, such as a M 4.9 earthquake near Barcelonette (figure), yield seismograms with a high signal to noise ratio.
In the much noisier environment of the Indian Ocean the threshold for useful seismograms is close to magnitude 6.5. Yet we were also able to record 235 low magnitude events when a Mermaid was close to a swarm near the Indian Ocean triple junction, with the lowest magnitude estimated to be 2.1; this sequence also enabled us to put an upper limit of about 250 m to the error in sensor location at the time of recording.

Preliminary data from the Galapagos indicate low noise conditions similar to those in the Mediterranean, with good recordings of events in the magnitude 5 range.
A new prototype of a spherical "MultiMermaid" is currently being tested. It allows for multidisciplinary observations (seismic and kHz acoustics, magnetic field, temperature, bathymetry) and will function about five years with lithium batteries. A global deployment of such instruments in a five-year program is affordable: project MariScope aims for at least 300 floating seismometers in the world's oceans. At the time of writing of this abstract, a proposal is being prepared that involves geophysicists and biologists from France, Germany, Italy and Greece and should result in a first installment of MariScope. We shall discuss the possibility of a local rapid response network in which the instruments locate themselves while under water. 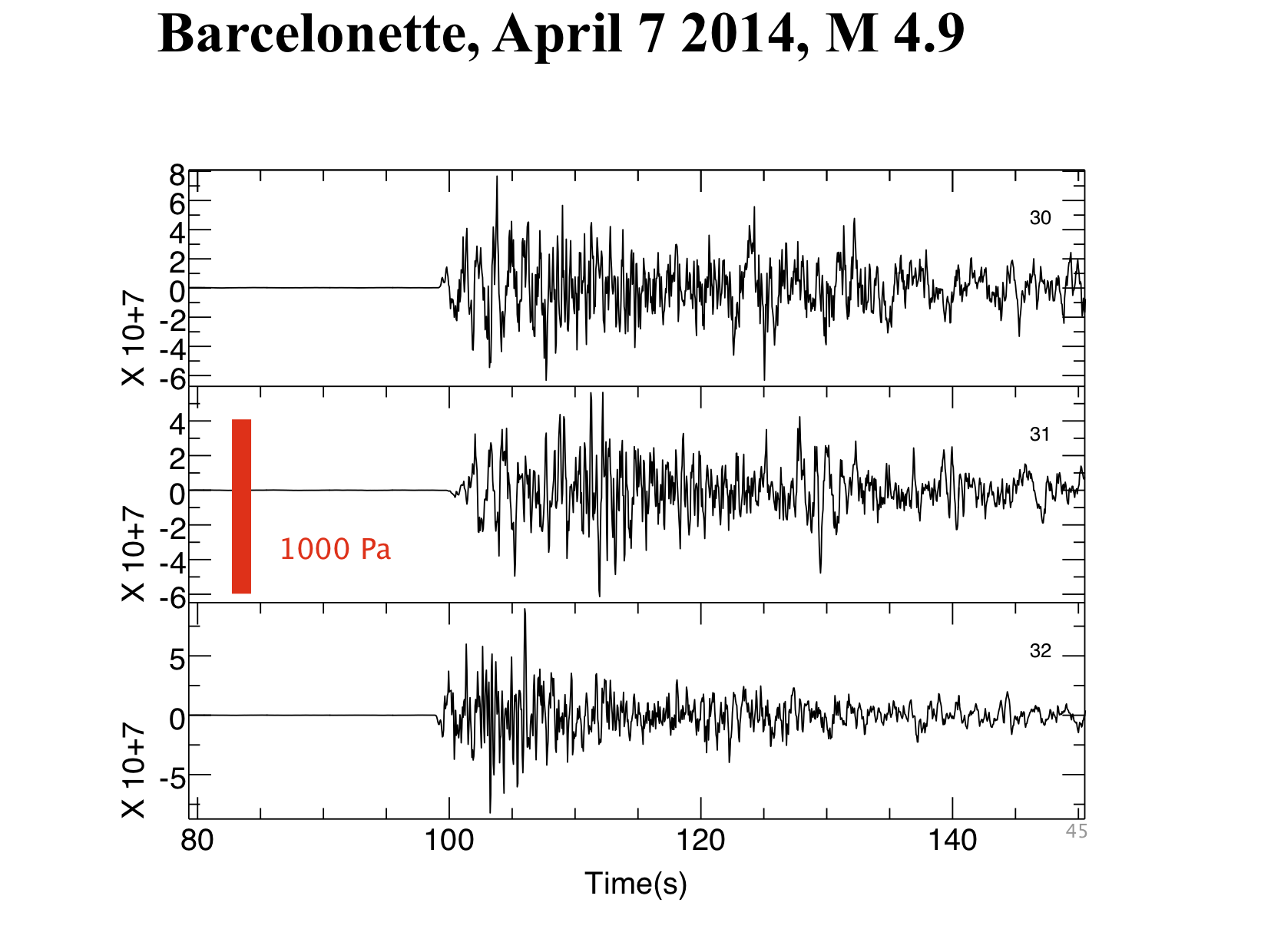