Although common in other bodies of the solar system, impact craters formed in basaltic terrains are rare on Earth and only a few examples are known. Two of these craters are located south of Brazil, the Vargeão and Vista Alegre impact craters. The Cerro do Jarau structure is not confirmed, but is a possible third Brazilian basaltic crater, formed above the Serra Geral basalt floods of the Paraná Basin like the other two. Cerro do Jarau is a 13 km circular landform that rises over 200 meters above the plains of the “pampas” in southern Brazil. The name, meaning “Jarau hills”, is given after the crests of silicified and deformed Botucatu sandstones, which form a semiring of elevated hills in the northern part of the structure. This work focused on the construction of a 3D subsurface geological model that could explain a new set of ground gravimetric data. Bouguer anomalies were calculated from gravity acceleration measured at 313 stations irregularly distributed on the area of the impact structure. A regional component represented by a polynomial trend surface was extracted from the total Bouguer anomalies. The residual Bouguer map (fig. 1) shows a strong positive anomaly with a NE-SW trend, located in the northeastern part of the structure. This gravity feature is not common in other impact structures, being possibly related to a dike intrusion. However, the negative anomaly present in the center of the structure and the circular positive anomaly surrounding the central part of the structure could be related to an impact structure. The positive circular anomaly is not spatially coincident with the edges of the structure, a feature that is also observed at the Vargeão and Vista Alegre impact structures. Density values of basalts, sandstones and breccias were measured from rock samples and each average value were used as constraints for the 3D model developed with the Geosoft® VOXI Earth modelling.This model provided a better understanding of the subsurface design of the structure. The impact crater hypothesis still remain the best hypothesis, but our results suggest that there was a post-impact dike intrusion and deep erosion processes that removed most of the impact breccia and a possible central uplift. The remaining of the uplifted rocks is observed as the silicified sandstone that forms the crests of the Jarau hills. 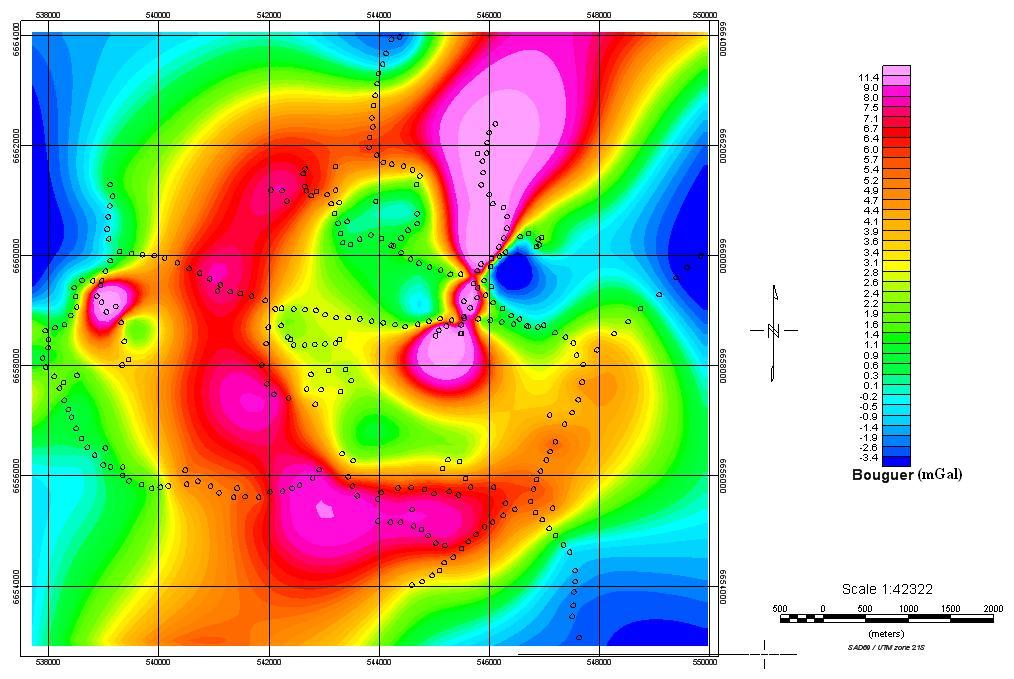