H23A-0851:
Loss of Shallow Geothermal Resources in Urban Environment Due to the Absence of Thermal Management Policies

Shallow geothermal energy resources are of interest worldwide for the development of strategies against climate change. The current regulative framework for the sustainable implementation of the technologies exploiting this resources is facing several barriers. In the case of groundwater heat pumps, the thermal interference between exploitations may be endangering their feasibility in urban environments. Uncertainty in prediction of the sustainability of shallow geothermal energy development in urban groundwater bodies stems from the absence of a scientific-based legal regulatory framework which protects stakeholders from thermal interferences between existent exploitations systems. The present work consists of a numerical study aimed at understanding and predicting the thermal interference between groundwater heat pumps where several induced heat plumes in an urban ground water body coalesce, thus generating a heat island effect.

A transient groundwater flow and heat transport model was developed to reproduce complex high-resolution data obtained from local monitoring specifically designed to control the aquifer respond to geothermal exploitation. The model aims to reproduce the groundwater flow and heat transport processes in a shallow alluvial aquifer exploited by 27 groundwater heat pumps and influenced by a river-aquifer relationship dominated by flood events mainly occurring in winter when the surface temperature is between 3 and 10 ºC.

The results from the simulations have quantified the time-space thermal interference between exploitation systems and the consequences of river-aquifer thermal exchange. The results obtained showed the complexity of thermal management of the aquifer due to the transient activity of exploitations over space and time. With the actual exploitation regime of shallow geothermal resources in the investigated area the model predicts a temperature rising tendency in the production wells until 2019 which can compromise the coefficient of performance of heat pumps. This situation can be interpreted as a warning, highlighting the need for an appropriate thermal management of the aquifer resources to ensure their long term sustainability. 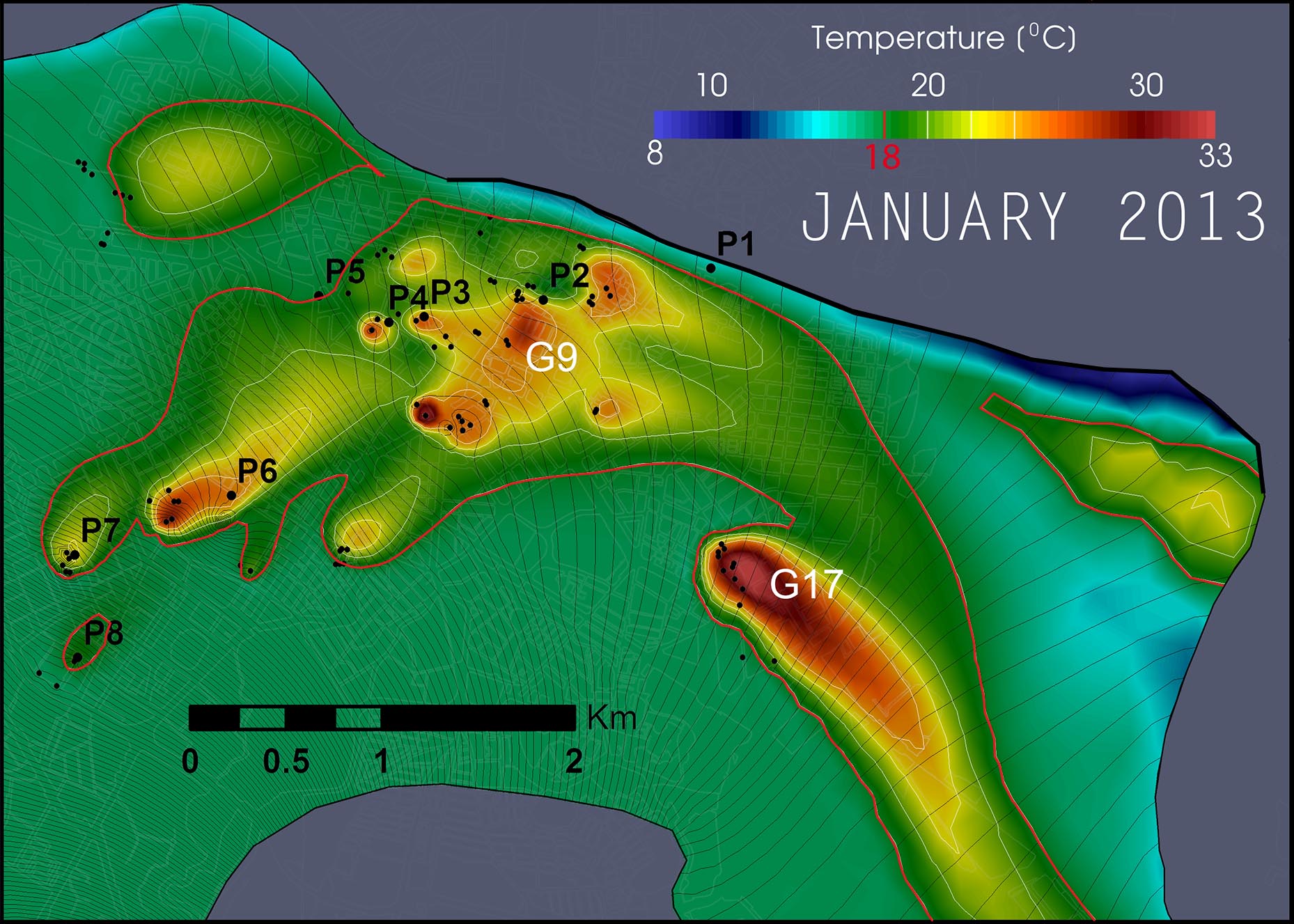