A structural, ontological presentation of the discipline domain concepts and their relationships is a powerful e-science tool: it enables data search and discovery by content of the observations. Even a simple classification of the concepts using the parent-child hierarchies enables analyses by association, thus bringing a greater insight in the data.

Ontology specifications have been put to many uses in space physics, primarily to harmonize data analysis across multiple data resources and thus facilitate interoperability. Among the multitude of ontology writeups, the SPASE data model stands out as a prominent, highly detailed collection of keywords for heliophysics. We will present an ontology design that draws its strengths from SPASE and further enhances it with a greater structural organization of the keyword vocabularies, in particular related to wave phenomena, as well as describes a variety of events and activities in the Sun-Earth system beyond the quiet-time behaviour.

The new ontology is being developed for the Near Earth Space Data Infrastructure for e-Science (ESPAS) project funded by the 7th European Framework, whose data model is based on a suite of ISO 19156 standards for Observations and Measurements (O&M). The O&M structure and language have driven the ESPAS ontology organization, with the Observed Property vocabulary as its cornerstone. The ontology development has progressed beyond the O&M framework to include domain-specific components required to describe the space physics concepts in a dictionary-controlled, unambiguous manner. Not surprisingly, wave phenomena and events presented the greatest challenge to the ESPAS ontology team as they demanded characterization of processes involved in the wave generation, propagation, modification, and reception, as well as the propagation medium itself. One of the notable outcomes of this effort is the ability of the new ontology schema to accommodate and categorize, for example, the URSI standard ionospheric characteristics such as the O-wave critical frequency of the F2 layer, foF2.

The efforts are underway to interface new ontology definitions with similar designs in other e-Science projects. 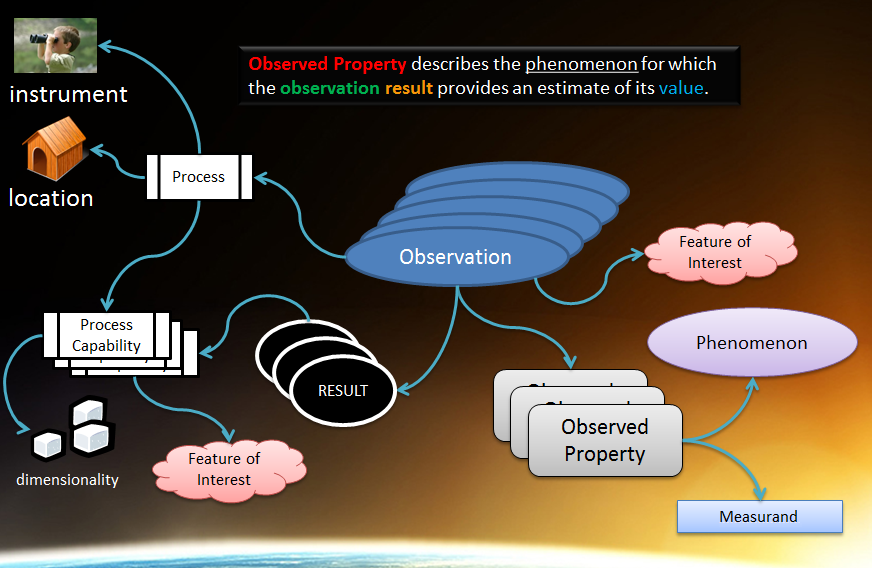