Mechanical compaction and associated porosity reduction play an important role in the diagenesis of porous rocks. They may also affect reservoir rocks during hydrocarbon production, as the pore pressure field is modified. This inelastic compaction can lead to subsidence, cause casing failure, trigger earthquake, or change the fluid transport properties. In addition, inelastic deformation can be time – dependent. In particular, brittle creep phenomena have been deeply investigated since the 90s, especially in sandstones. However knowledge of carbonates behavior is still insufficient.

In this study, we focus on the mechanical behavior of a 14.7% porosity white Tavel (France) carbonate rock (>98% calcite). The samples were deformed in a triaxial cell at effective confining pressures ranging from 0 MPa to 85 MPa at room temperature and 70°C. Experiments were carried under dry and water saturated conditions in order to explore the role played by the pore fluids. Two types of experiments have been carried out: (1) a first series in order to investigate the rupture envelopes, and (2) a second series with creep experiments. During the experiments, elastic wave velocities (P and S) were measured to infer crack density evolution. Permeability was also measured during creep experiments.

The attached figure is a summary of 20 triaxial experiments performed on Tavel limestone under different conditions. Stress states C',C* and C*' and brittle strength are shown in the P-Q space: (a) 20°C and dry, (b) 20°C and water saturated samples, (c) 70°C dry and (d) summary of all the experiments. Three regimes of inelastic and failure modes are observed: brittle failure, shear-enhanced compaction and dilatant cataclastic flow. 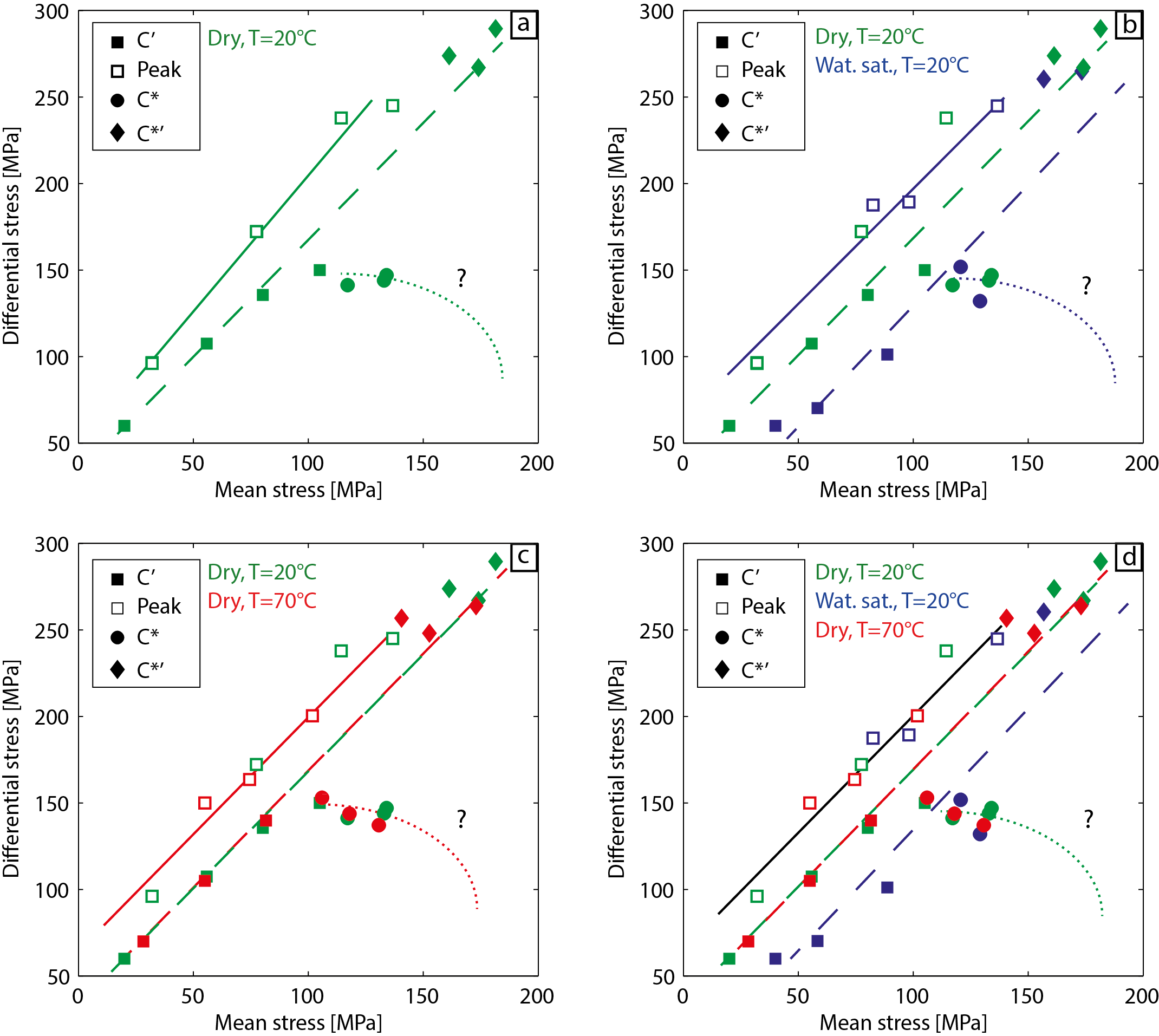