The Ganges Alluvial Plain (‘GAP’) is the sedimentary infill of the foreland basin created during Himalayan orogeny. Freshly eroded material from the Himalaya and southern cratonic tributaries is deposited into a system with long water-sediment interaction times, creating potential for further generation of river weathering fluxes. To quantify weathering processes in the GAP, 51 sites including all major tributaries were sampled in a September 2013 campaign and analysed for major and minor ions, Ge/Si ratios and δ30Si, δ13C and δ18O. Net dissolved Si (DSi) and major cation yields are 2 to 5 times lower in the GAP than the Himalaya, and at a whole basin scale approximate the global average, indicating that the plain apparently moderates the efficiency of Himalayan weathering rates.

Mainstem δ30Si spans 0.81 to 1.93‰ (see figure) and gives the impression of a system buffered to moderate DSi and δ30Si. Ge/Si ratios (µmol/mol) are higher than expected in the Himalaya (>3), reflecting input of Ge-enriched water from hot springs, and decline to ~1.4 in the GAP. For the Himalayan sourced rivers, δ30Si increases with distance from the Himalayan front, and can not be explained entirely by conservative mixing with higher δ30Si peninsular and GAP streams. To a first degree, the δ30Si data suggest incorporation of Si into secondary minerals as the key fractionating process, and that this occurs both in situ during initial weathering and progressively in the GAP.

Partitioning of solutes between sources is complicated in the GAP. Consistent with previous work, carbonate weathering dominates the ion fluxes, but with substantial contributions from saline/alkaline soil salts, the chlorination of wastewater and highly variable rainfall chemistry. Due to these contributions, precisely inferring the input from silicate weathering is difficult. We introduce a novel method to infer silicate-weathering rates that exploits the fractionation of Si during clay formation to account for the loss of DSi from solution. 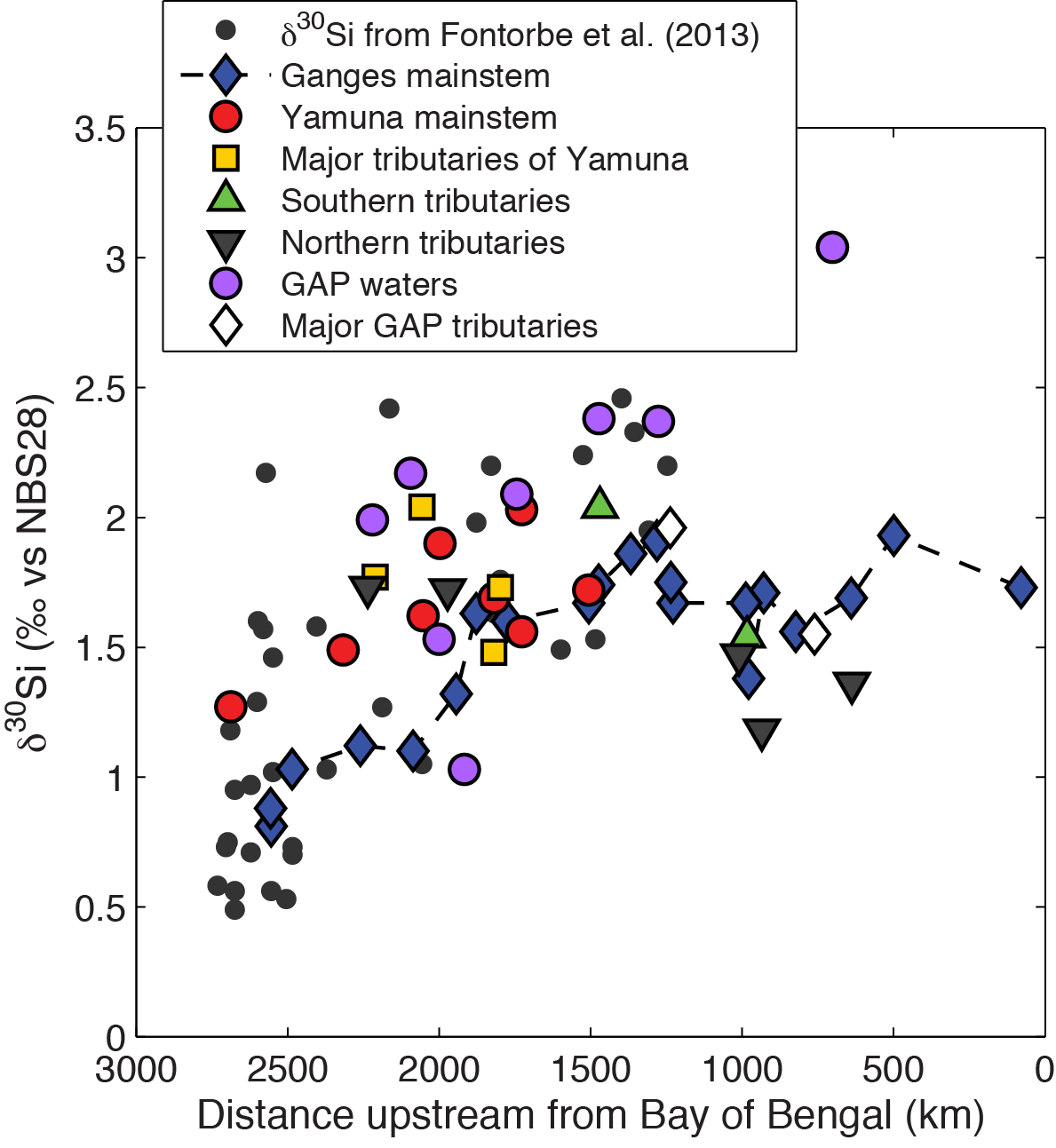