P41E-06:
Tidal Dissipation in the Oceans of Icy Satellites

Dissipation of tidal energy is an important mechanism for the evolution of outer solar system satellites, several of which are likely to contain subsurface oceans. We extend previous theoretical treatments for ocean tidal dissipation by taking into account the effects of ocean loading, self-attraction, and deformation of the solid regions. These effects modify both the forcing potential and the ocean thicknesses for which energy dissipation is resonantly enhanced, potentially resulting in orders of magnitude changes in the dissipated energy flux. 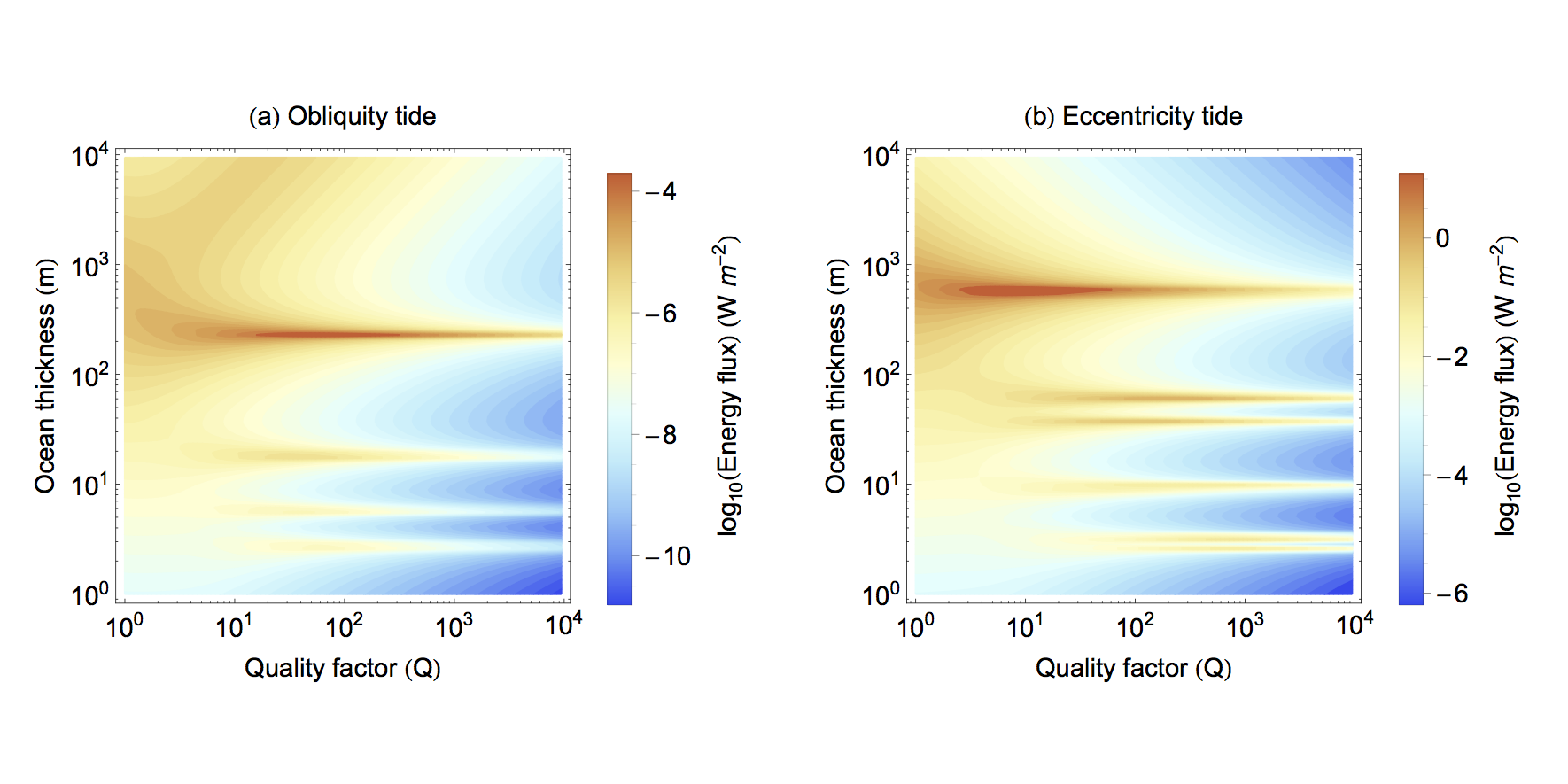