Gas transport characteristics of fractured rocks is a great concern to variety of engineering applications such as underground storage of LPG, nuclear waste disposal, CCS and gas flooding in the oil field.

Besides absolute permeability, relative permeability and capillary pressure as a function of water saturation have direct influences to the results of two phase flow simulation. However, number of the reported gas flow tests for fractured rocks are limited, therefore, the applicability of the conventional two-phase flow functions used for porous media, such as Mualem-van Genuchten model, to prediction of the gas transport in the fractured rock mass are not well understood.

The authors conducted the two types of in-situ tests, with different scales, a borehole gas-injection test and a chamber gas-injection test in fractured granitic rock. These tests were conducted in the Cretaceous granitic rocks at the Namikata underground LPG storage cavern construction site in Ehime Prefecture in Japan, preceding to the cavern scale gas-tightness test.

A borehole injection test was conducted using vertical and sub-vertical boreholes drilled from the water injection tunnel nearly at the depth of the top of the cavern, EL-150m. A new type downhole gas injection equipment that is capable to create a small ‘cavern’ within a borehole was developed. After performing a series of preliminary tests to investigate the hydraulic conductivity and gas-tightness, i.e. threshold pressure, gas injection tests were conducted under different gas pressure. Fig.1 shows an example of the test results

From a chamber test using a air pressurizing chamber with volume of approximately166m3, the gas-tightness was confirmed within the uncertainty of 22Pa under the storage pressure of 0.7MPa, however, significant air leakage occurred possibly through an open fracture intersecting the chamber just after cavern pressure exceeds the initial hydrostatic pressure at the ceiling level of the chamber. Anomalies were detected in the data of the pore pressure as well as AE monitoring around the chamber.

Results from the above two tests were simulated using a multi-phase transport simulator, TOUGH2, developed at Lawrence Berkeley National Laboratory. Fig.2 shows the model and an example of the simulation. 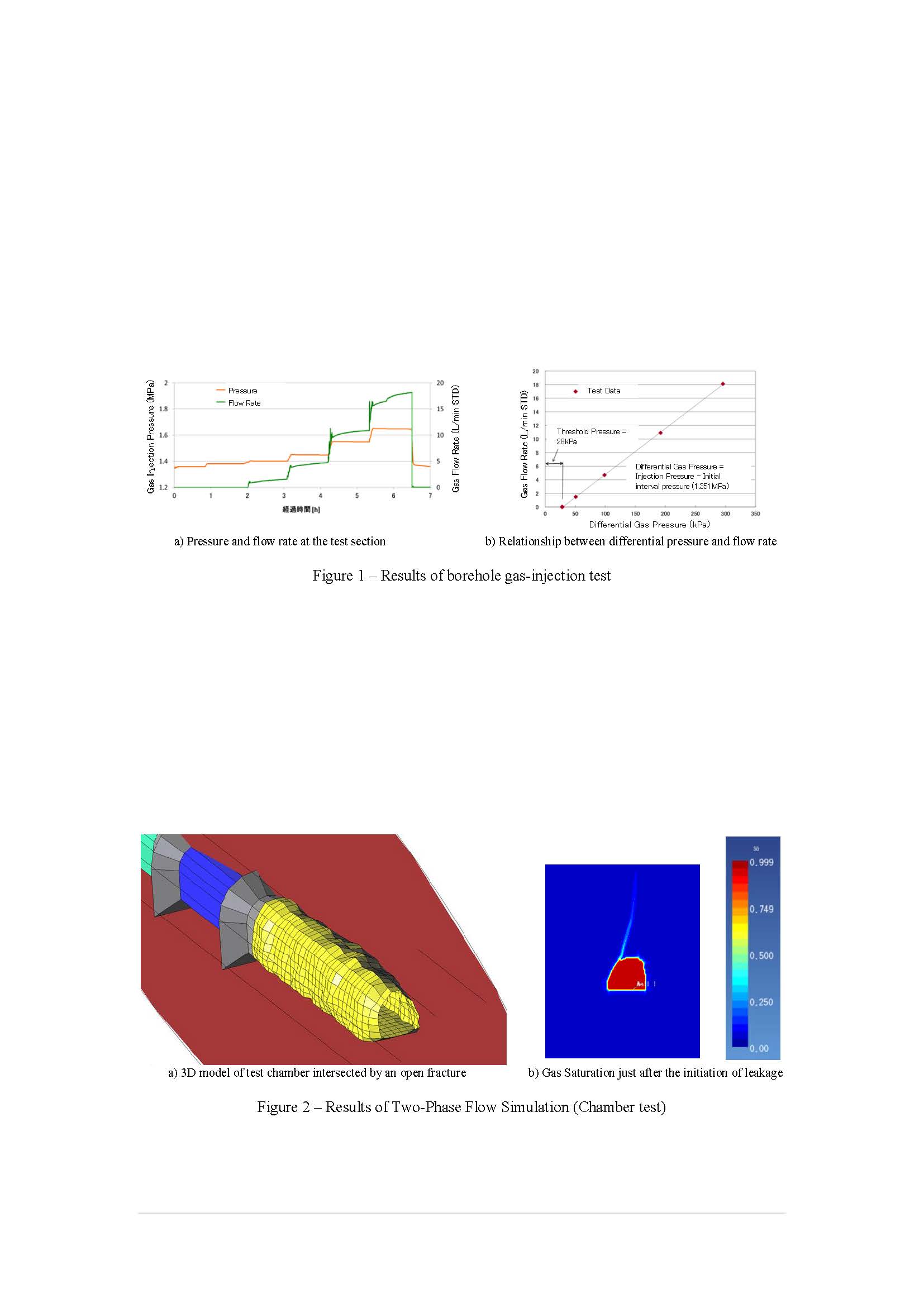