The analysis of the seismic ambient noise field has recently received increased attention owing to its success in mapping the Earth’s shallow and deep structures. The origin of the passive seismic wavefield is associated with deep ocean and coastal regions where ocean waves, under certain conditions, can excite seismic waves (microseisms) that propagate as surface and body waves.

Previous seismological studies mainly focused on the observation of the strongest microseisms that are associated with the frequency range 0.1-0.3Hz. In our study, we focus on short period microseisms (0.325-0.725Hz) and examine the frequency dependant wave field and temporal variations over two decades. We use data recorded over two decades (1991-2012) from the Warramunga array (WRA) in central Australia. The analysis is carried out using IAS Capon beamforming that shows robust estimates of slowness and backazimuth, and is able to resolve multiple wave arrivals. Continuous data records are divided into one hour long recordings and evaluated for multiple arrivals in 8 separate frequency bands. We find multiple surface and body wave sources, which display seasonality and frequency dependence and remain stationary for two decades. We observe, for surface waves, that Rayleigh waves dominate for low frequencies while higher frequencies show a transition to leaky Rayleigh waves. The strong stationarity of the signal over multiple years, supports the suggestion that bathymetry and other site effects, such as coast line geometry, create favourable conditions for the generation of ocean induced surface waves. For body waves, source locations are identified in deep ocean regions for low frequencies and in shallow waters for higher frequencies. We further discuss correlation between arrivals and a WAVEWATCH III ocean wave hindcast for strong events. 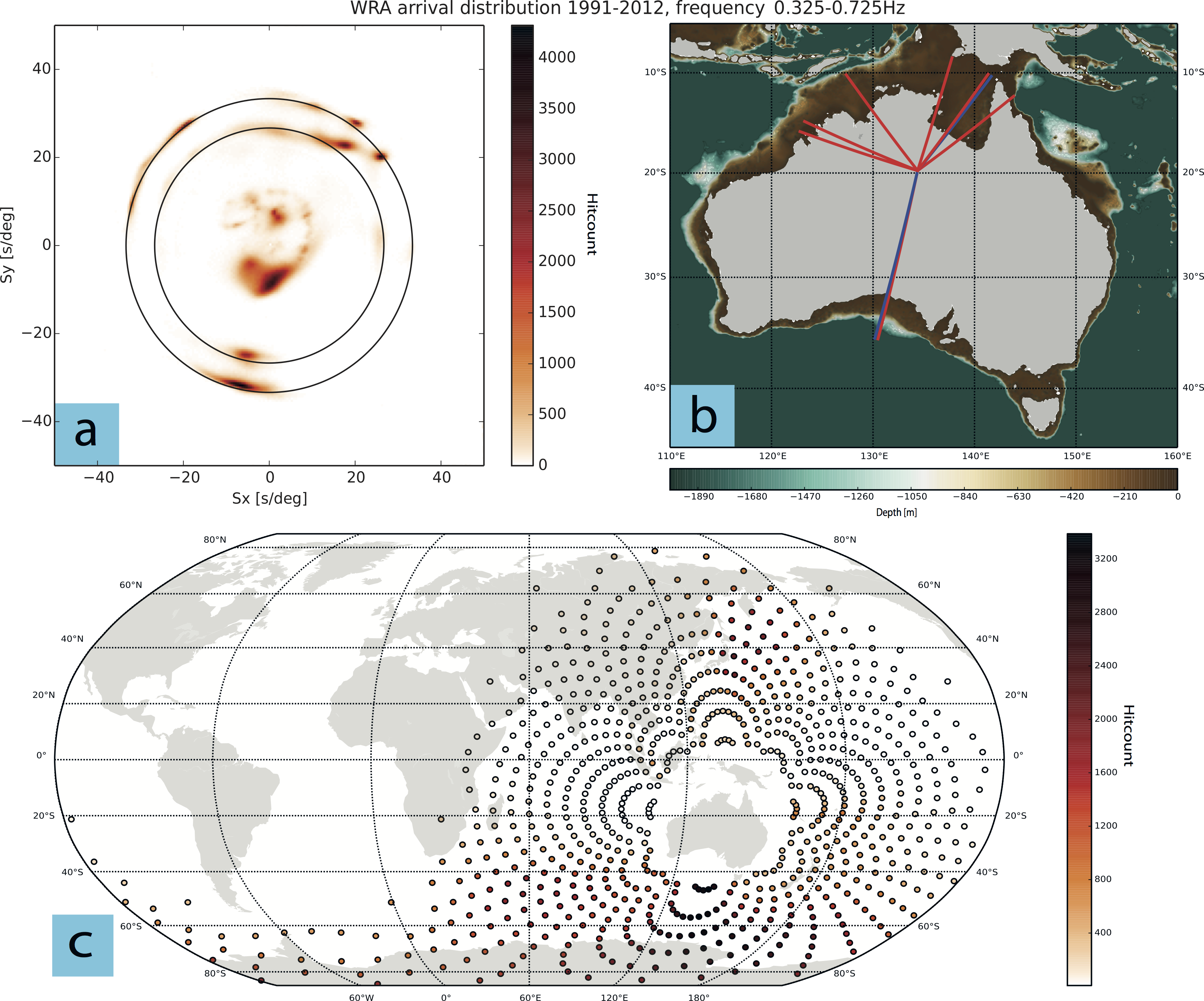