The magma-poor or intermediate magmatic South China Sea basin shows a triangular shape with a SW pointing apex, which manifests a preceding propagating rift. The earliest phase of rifting started in the Early Paleocene when a Mesozoic convergent margin changed to extension. After about 30 Myrs of rifting, breakup in the major eastern subbasin of the SCS occurred in the Early Oligocene and subsequent breakup of the southwest subbasin took place in the Late Oligocene.

Distinct are regular undulations in the crust-mantle boundary. Individual rift basins are bounded to crustal blocks by listric normal faults on either side. Moho uplifts are distinct beneath major rift basins, while the Moho is downbended beneath crustal blocks. Most of the basin-bounding faults sole out within the middle crust. At the distal margins, detachment faults are located at a mid-crustal level where a weak zone decouples crust and mantle lithosphere during rifting. The lower crust in contrast is interpreted as being strong. Only in the region within about 50 km from the oceanic domain we suggest that normal faults reach the mantle, enabling potentially a coupling between the crust and the mantle. Here, at the proximal margins detachment fault dip either seaward or landward.

Largely symmetric structures result from the initial rifting stage. At the future breakup position either of the rift basin bounding faults subsequently penetrates the entire crust, resulting in asymmetry at this location. However, asymmetric deformation which is controlled by large scale detachment faulting is confined to narrow areas and does not result in a margin-wide simple-shear model. Rather considerable along-margin variations are suggested resulting in alternating “upper and lower plate” margins. 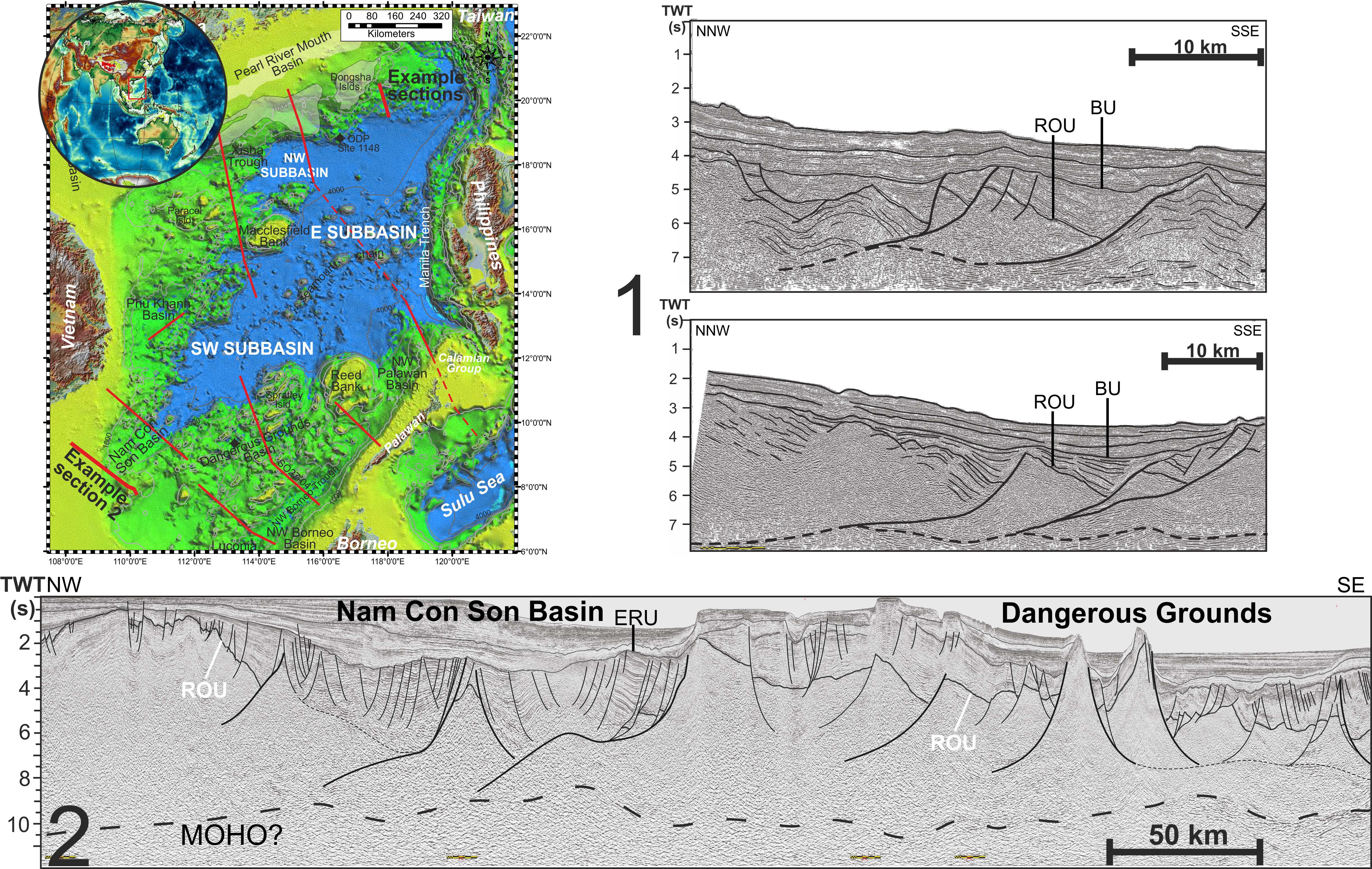