It is proved by rock mechanical test that variation of stress-strain curve from almost linear to nonlinear exists before principal rupture occurs and that the periodicity of rock rupture, that is the four stages of long term, medium term, short term and instant term is shown .There is a sub-instability period between peak value of stress and rapid instability point. The process, during which the relation of stress and strain may appear nonlinear fluctuation ,and which is the key stage of the instability entering of fault, of sub-instability is the stalemate from strain accumulation to strain release .(MA Jin,2012). 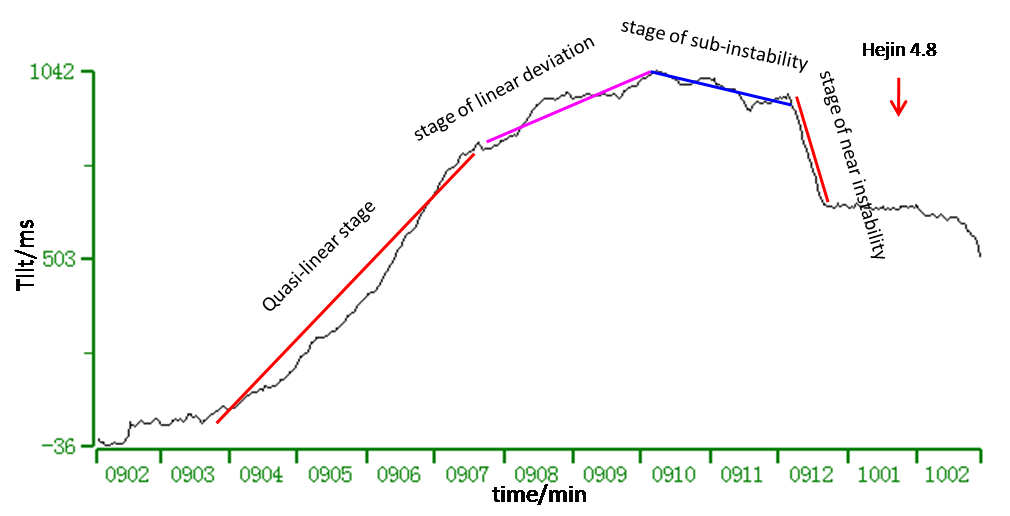