We examine an earthquake series in southern Peru that features a complex interaction of main- and after-shocks located in an active volcanic zone. The earthquakes started with the 17 July 2013 Mw 5.9 and 24 July 2013 Mw 4.0 earthquakes north-west 20 km NW of active Sabancaya volcano in the Andean Central volcanic Zone of Peru. During this time interval Sabancaya volcano experienced a strong seismic swarm, fumarole activity and earthquakes possibly related to fracturing of rock and fluid movements.
We analyze satellite InSAR data from the Italian Space Agency (ASI) COSMO-SkyMed (CSK) constellation and airborne InSAR data from the NASA UAVSAR. CSK provides a dense InSAR time series that track deformation from 2013 through 2014. Thanks to the short repeat interval of the CSK constellation we are able to discriminate between different earthquakes, aftershocks and post seismic processes leading to a better constraint of the sources. The initial coseismic interferograms from CSK provide a stunningly detailed image of the fault deformation, due in part to the high resolution, short wavelength (3.1 cm) of CSK, and the high coherence, and high elevation of the location. For such a relatively small earthquake there is significant shallow fault complexity and surface breaks evident. We found that post-seismic deformation starts immediately following the 17 July main event and is still ongoing. The post seismic deformation measured by the CSK InSAR time series shows a logarithmic time dependency for the southern part of the fault involved in the July 17 earthquake. Using a non-linear least squares approach we found a characteristic time constant of ~0.5 years. We found complex co-seismic and persistent post seismic deformation northeast of Sabancaya volcano possibly related to the complex fault system. To model the coseismic fault geometry and fault slip distribution we use a Bayesian method to solve for the basic fault geometry. This model forms the basis for a detailed constrained least-squares fault slip model whose geometry is constrained by fault surface breaks. The detailed model forms the starting solution for a Bayesian slip inversion based on the full data and model covariance. Finally, we will assess the occurrence of these events in relation to changes in volcanic activity at nearby Sabancaya volcano. 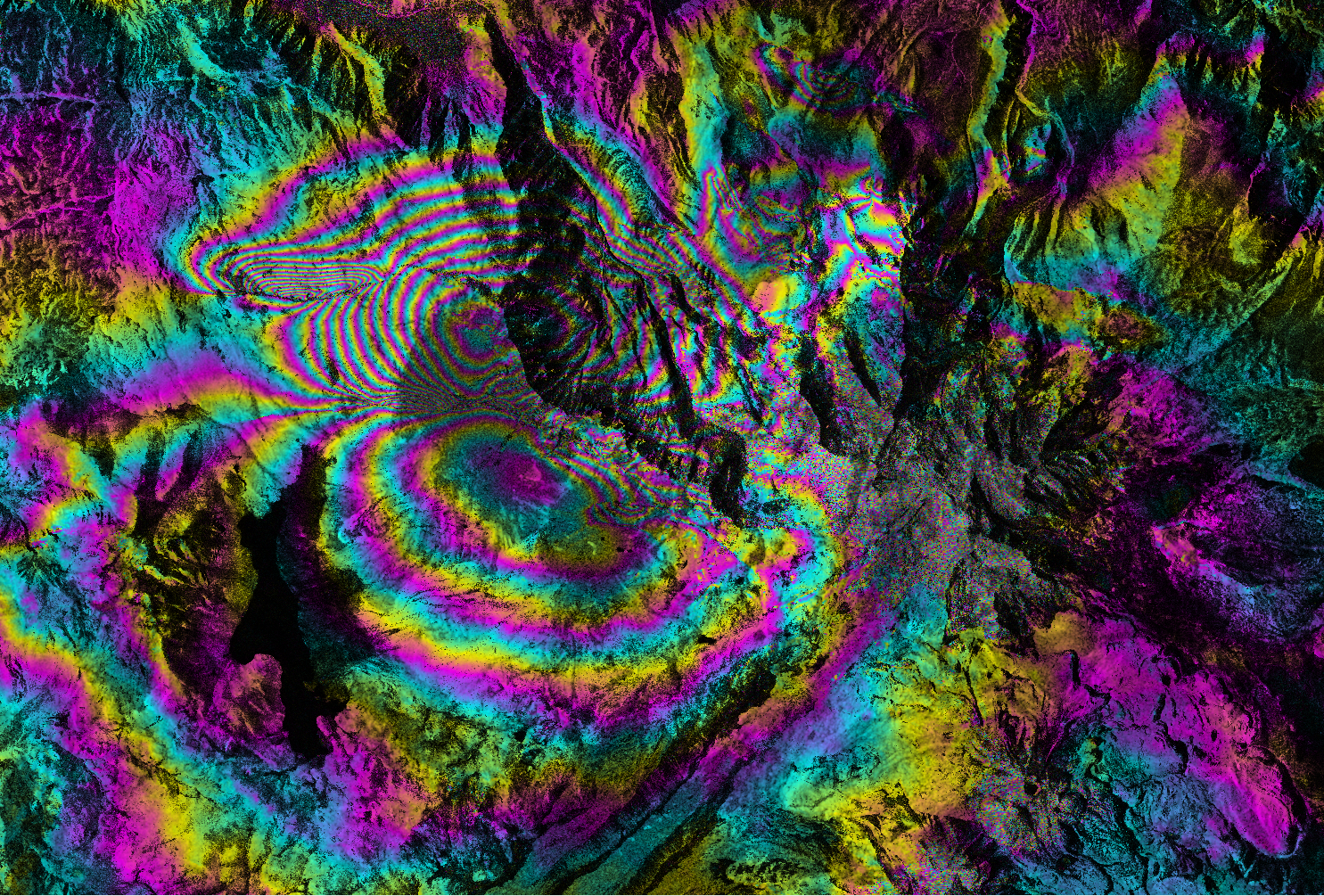