Brittle failure through multiple cracks occurs in a wide variety of contexts, from microscopic failures in rocks to geological faults and planetary ice crusts. In each of these situations, with complicated stress geometries and different microscopic mechanisms, pairwise interactions between approaching cracks nonetheless produce characteristically curved fracture paths. We investigate the origins of this widely observed "en passant" crack pattern by fracturing a rectangular slab which is notched on two sides and then subjected to quasistatic uniaxial, biaxial, or shear strain. The two cracks propagate along approximately straight paths until they pass each other, after which they curve and release a lens-shaped fragment. Under uniaxial strain, we find that each crack path has a universal shape and aspect ratio which is independent of the material. By changing the geometry of the applied strain, we are able to achieve different aspect ratios for the crack paths. With birefringent materials, it is possible to interpret these patterns in light of the stress geometry, and we are able to explain the origins of these universal shapes with a simple geometrical model. Since a variety of aspect ratios have similarly been observed in geological contexts, this raises the possibility of using observed crack shapes as a diagnostic for the stress conditions under which cracks were formed in nature. In particular, the shape may serve as a means to infer the boundary loading in situations where history and dynamics are inaccessible. 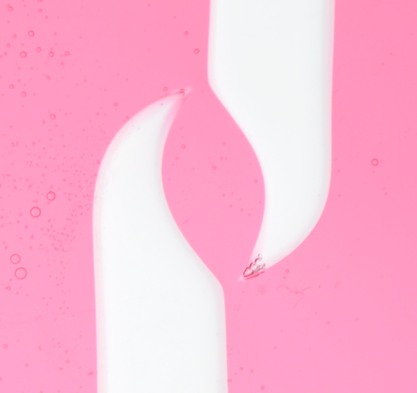