Scientists rely on models of the water cycle to describe and predict problems of water scarcity in a changing climate, and to suggest adaptation strategies for securing future water needs. Yet these models are too often complicated for managers, the general public and for students to understand. Simpler modelling environments will help with finding solutions by engaging a broader segment of the population. Such environments will enable education at the earliest stages and collective action. I propose that simulation games can be an effective communication platform between scientists and ‘non-experts’ and that such games will shed light on problems of pollution and overuse of water resources. In the same way as pilots use flight simulators to become proficient at flying aircraft, simulation games—if underpinned by good science—can be used to educate the public, students and managers about how to best manage our water resources. I aim to motivate young scientists to think about using games to advance water education and management. 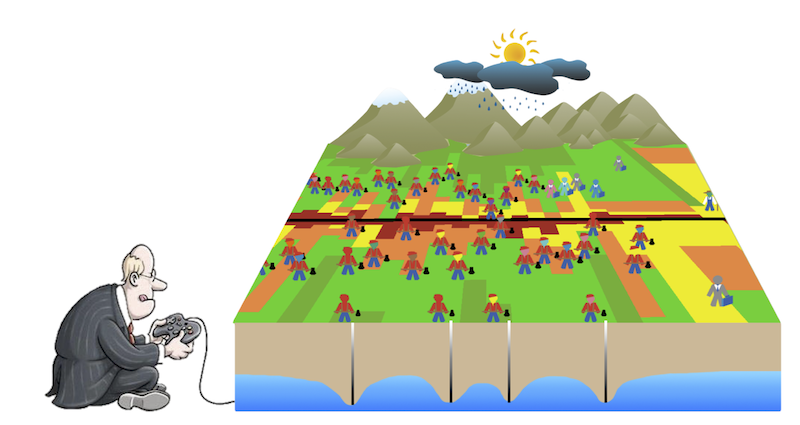