H51L-0780:
On the stationarity of Floods in west African rivers

West Africa undergoes a big change since the years 1970-1990, characterized by very low precipitation amounts, leading to low stream flows in river basins, except in the Sahelian region where the impact of human activities where pointed out to justify the substantial increase of floods in some catchments. More recently, studies showed an increase in the frequency of intense rainfall events, and according to observations made over the region, increase of flood events is also noticeable during the rainy season. Therefore, the assumption of stationarity on flood events is questionable and the reliability of flood evolution and climatic patterns is justified.

In this work, we analyzed the trends of floods events for several catchments in the Sahelian and Sudanian regions of Burkina Faso. We used thirteen tributaries of large river basins (Niger, Nakambe, Mouhoun, Comoé) for which daily rainfall and flow data were collected from national hydrological and meteorological services of the country.

We used Mann–Kendall and Pettitt tests to detect trends and break points in the annual time series of 8 rainfall indices and the annual maximum discharge records. We compare the trends of precipitation indices and flood size records to analyze the possible causality link between floods size and rainfall pattern. We also analyze the stationary of the frequency of flood exceeding the ten year return period level. The samples were extracted by a Peak over threshold method and the quantification of change in flood frequency was assessed by using a test developed by Lang M. (1995).

The results exhibit two principal behaviors. Generally speaking, no trend is detected on catchments annual maximum discharge, but positive break points are pointed out in a group of three right bank tributaries of the Niger river that are located in the sahelian region between 300mm to 650mm. These same catchments show as well an increase of the yearly number of flood greater than the ten year flood since 1980. However, there is no consistency between rain fall pattern and flood size pattern in the entire region. 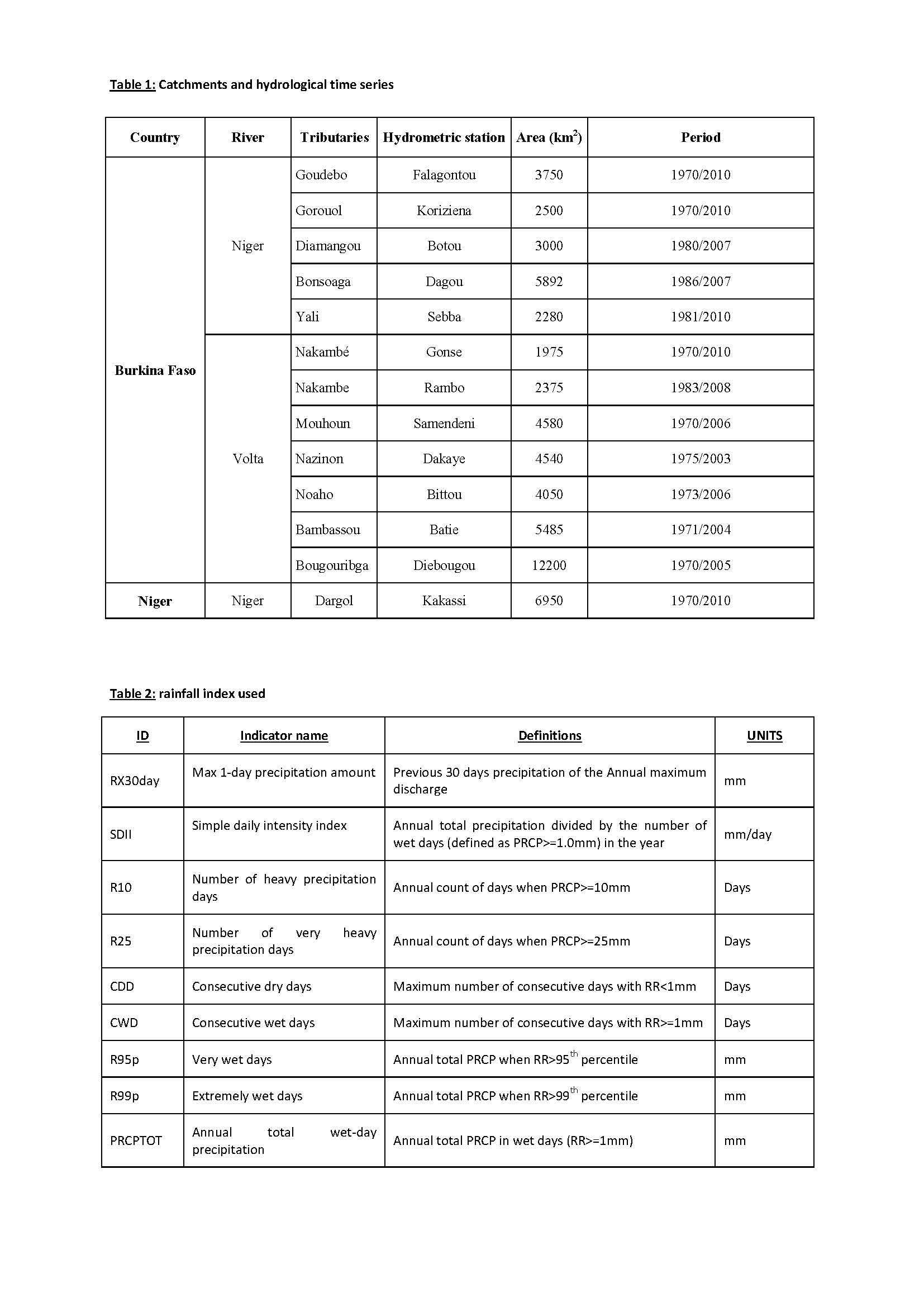