GP54A-03:
Dynamo Driven By Inertial Instabilities, Application to the Moon

Large-scale planetary or stellar magnetic fields generated by a dynamo effect are mostly attributed to flows forced by buoyancy forces in electrically conducting fluid layers. However, large-scale, turbulent flows may also be driven by the combined action of boundary topography (i.e. departure from spherical geometry), and mechanical forcings (e.g. libration, tides). This has been previously proposed to explain the magnetic data we have on the star τ-boo, Mars, or the early Moon.

In this work, we use theoretical analysis and global magneto-hydrodynamic simulations to show, for the first time, that:
(i) the tidal forcing can generate a (dipole-dominated) large-scale magnetic field in global simulations, an hypothesis previously assumed by Le Bars et al. (2011) in their model of lunar magnetic history.
(ii) latitudinal libration (i.e. an oscillation of the figure axis with respect to the mean rotation axis) can excite inertial instabilities, which may have driven dynamos in telluric bodies such as the Early Moon.

We discuss our results in the light of magnetic observations. In particular, we propose here a new possible mechanism for the early Moon dynamo, based on latitudinal libration driven instabilities. This new scenario is evaluated by comparing the associated estimates of the surface magnetic field strength with the recent paleo-magnetic lunar measurements. 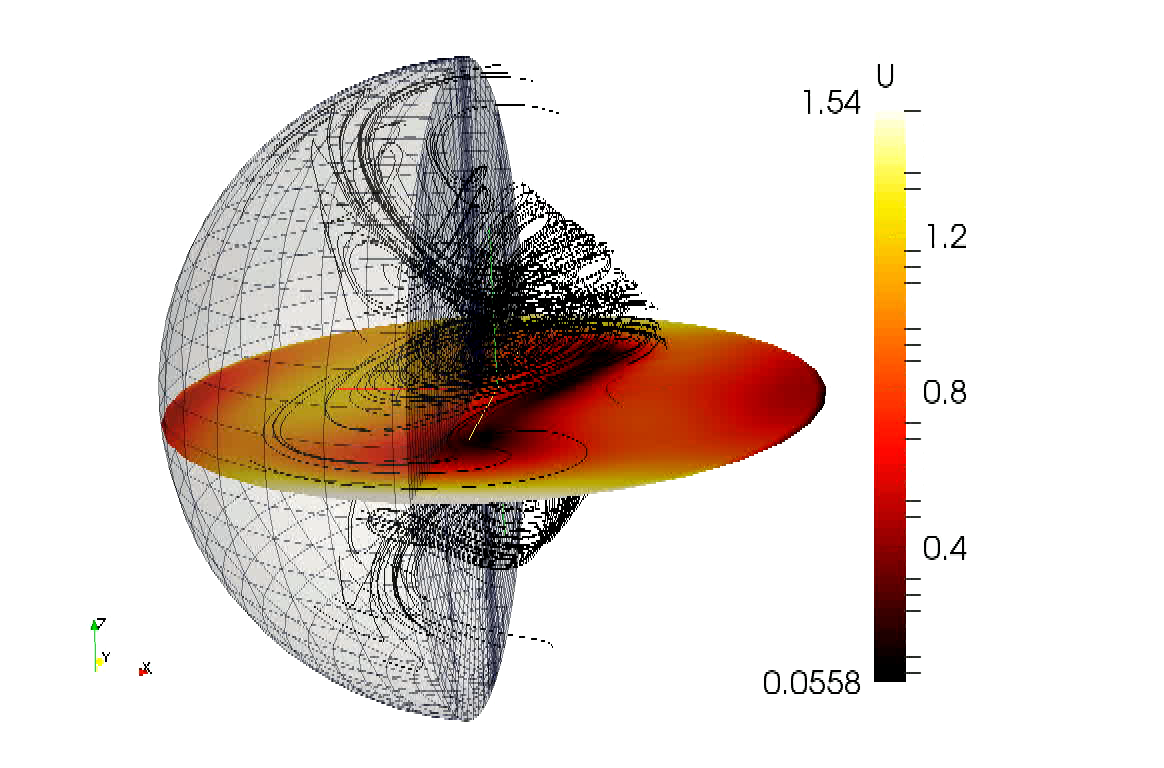