The current European warming is expected to be associated with an increased temperature variability in summer, particularly at the daily time-scale. Such an increase would affect hot extremes and accentuate the societal and environmental impacts caused by the mean warming. Here we investigate future changes in the short-term variability of European summer temperatures using two indices that have been seldom documented so far: the variations within one day (diurnal temperature range, DTR) and the variations from one day to the next (inter-diurnal temperature variability, ITV). These rapid variations represent key issues for impact communities, in particular energy providers vulnerable to sudden surges in electricity demand. Besides, the ITV provides a measure of daily variability that is not disturbed by longer-term variations in the mean (e.g., seasonal cycle and/or a multi-year trend), whereas traditional measures such as standard deviation or variance are. We use 21st-century projections performed by 34 models of the CMIP5 ensemble under the three RCP 2.6, 4.5 and 8.5 scenarios. Models are evaluated over the present-day period against the E-OBS dataset. In Europe, both indices of summer temperature variability are projected to increase, with a rather good model agreement on the sign, while uncertainties remain on the amplitude. In particular, we show that extremely high day-to-day and/or diurnal temperature variations are expected to occur more frequently. We highlight the singularity of the European area, since ITV and DTR changes do not systematically coincide over other regions (e.g., the U.S). Then we investigate the physical processes underlying these ITV and DTR changes in the CMIP5 projections. The respective contributions of the summer drying of European soils, the reduction in cloud cover and the changes in large-scale dynamics are estimated. Finally, the possibility of reducing model uncertainties through constraints emerging from both present-day trends and inter-annual variability is explored. 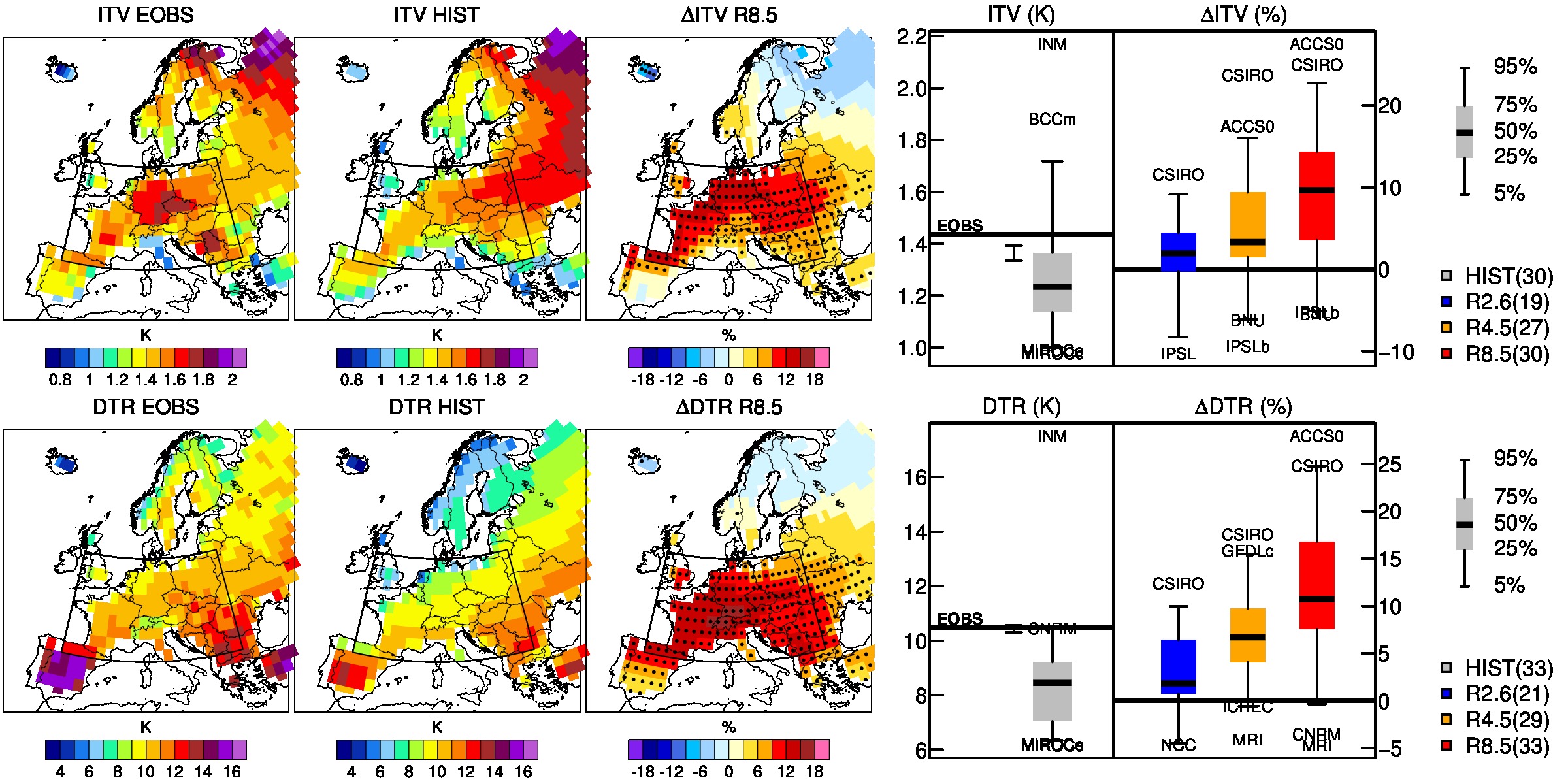