Sea-level anomalies are intra-seasonal (weeks to months) periods of high water level induced by oceanographic and meteorological processes, such as reduced Gulf Stream transport strength or persistent northeasterly winds. Although flooding associated with sea-level anomalies has been documented along continental coastlines (e.g. U.S. East Coast), these phenomena are not presently included in coastal models and management plans. We present the first measurements of beach erosion after a year with frequent sea-level anomalies. Erosion during this year, which was not impacted by large storms, was similar to a year with a hurricane, indicating that sea-level anomalies are important facilitators of coastal erosion.

Beach erosion was measured at Onslow Beach, NC (OB) in a year with frequent sea-level anomalies (2009-2010) and compared to erosion during a year with no major events (2010-2011) and the year with Hurricane Irene (2011-2012). Sea-level anomalies were identified in water level data from a NOAA tide gauge in Wrightsville Beach, NC. From 2009-2010 anomalously high sea level occurred ~40% of the time, compared to ~8% from 2010-2011 and ~10% from 2011-2012. Significant wave heights, measured from an acoustic wave and current profiler and NOAA buoys offshore of OB, were not statistically different among these 3 years. The average backshore, high intertidal, and mid intertidal maximum depth of erosion for all sites along OB in the year with frequent sea-level anomalies were ~25, 50, and 55 cm, respectively. These values are greater than those measured after the year with no major events (~13, 29, and 32 cm) and similar to those measured after the year with Hurricane Irene (~27, 49, and 40 cm). OB has high along-strike variability in barrier island morphology, thus results apply to many beaches and barrier islands. Our results suggest that anomalies are important mechanisms of coastal change and likely amplify erosion in response to accelerated sea-level rise and changes in storm frequency and intensity. 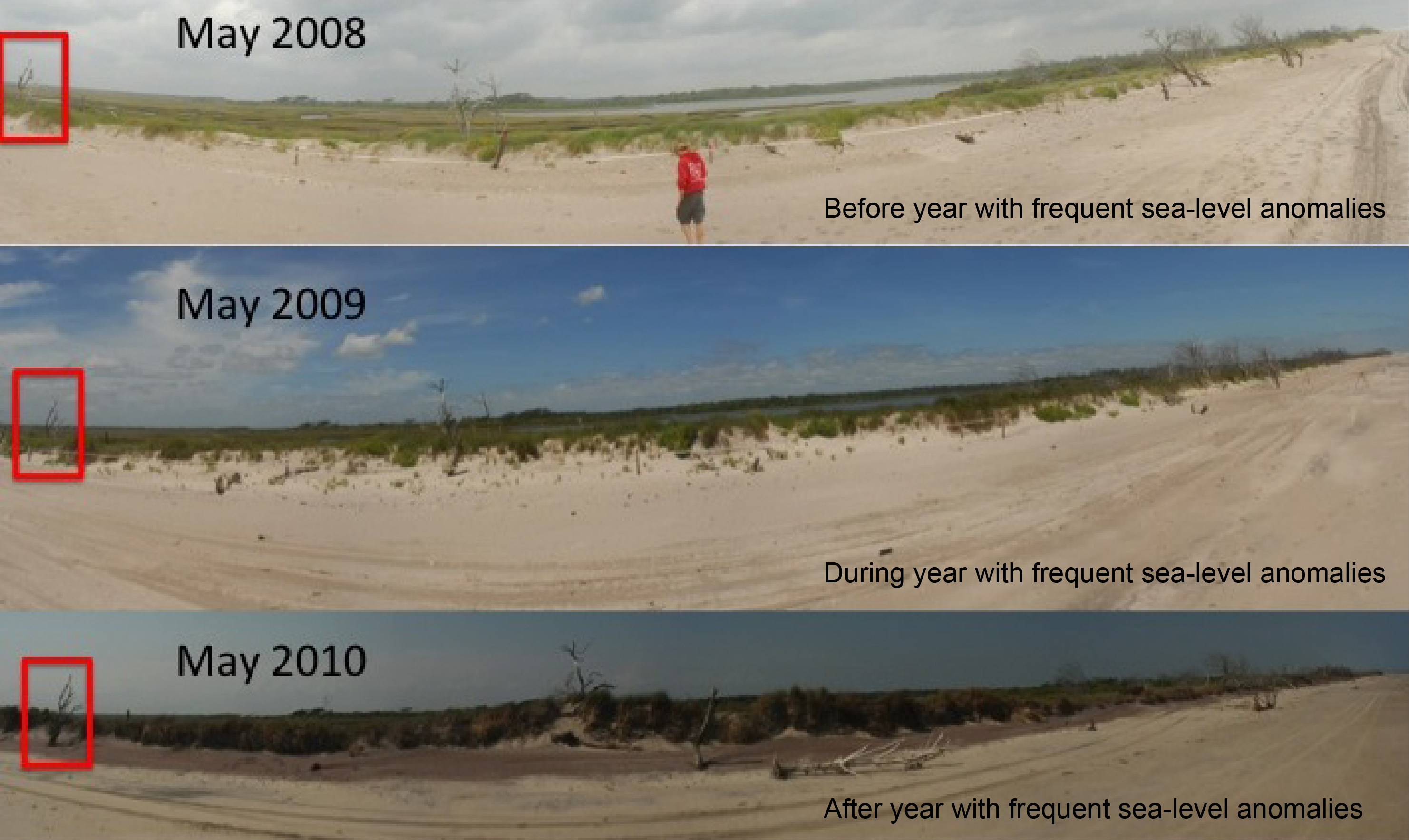