It has been observed that the front face of landfalling tsunamis often feature dispersive "fission" waves. These are short, almost monochromatic coherent waves which result from the piling up of water as the tsunami rapidly decelerates upon encountering land. Photographs taken during the 2004 Indian Ocean tsunami show these waves to resemble cnoidal waves in shape and have a spatial and temporal scale of the same order as swell waves. As part of our goal to study the tsunami in concert with other aspects of the physical environment, we investigate possible physical linkages between the background random swell, monochromatic fission waves, and the long-scale tsunami waves. This particular investigation involves the modification of the dissipation characteristics of random surface waves when interacting with a coherent wavefield (e.g., laboratory proxies for the fission wave or the tsunami). Data from laboratory experiments conducted at the Large Wave Flume at Oregon State University (part of the Network for Earthquake Engineering Simulation supported by the National Science Foundation) were analyzed and the dissipation characteristics inferred using a steepness-regulated instantaneous dissipation mechanism. It is shown that, for random waves, the instances of significant dissipation events temporally correspond to the appearance of high frequency energy in the time-frequency spectrogram. Furthermore, these observations are strongly affected by the presence of an underlying coherent wave signal, particularly in the case of interaction with a tsunami. We further discuss the possible effect of these interactions on the forces in the hydrodynamic field responsible for sediment transport. 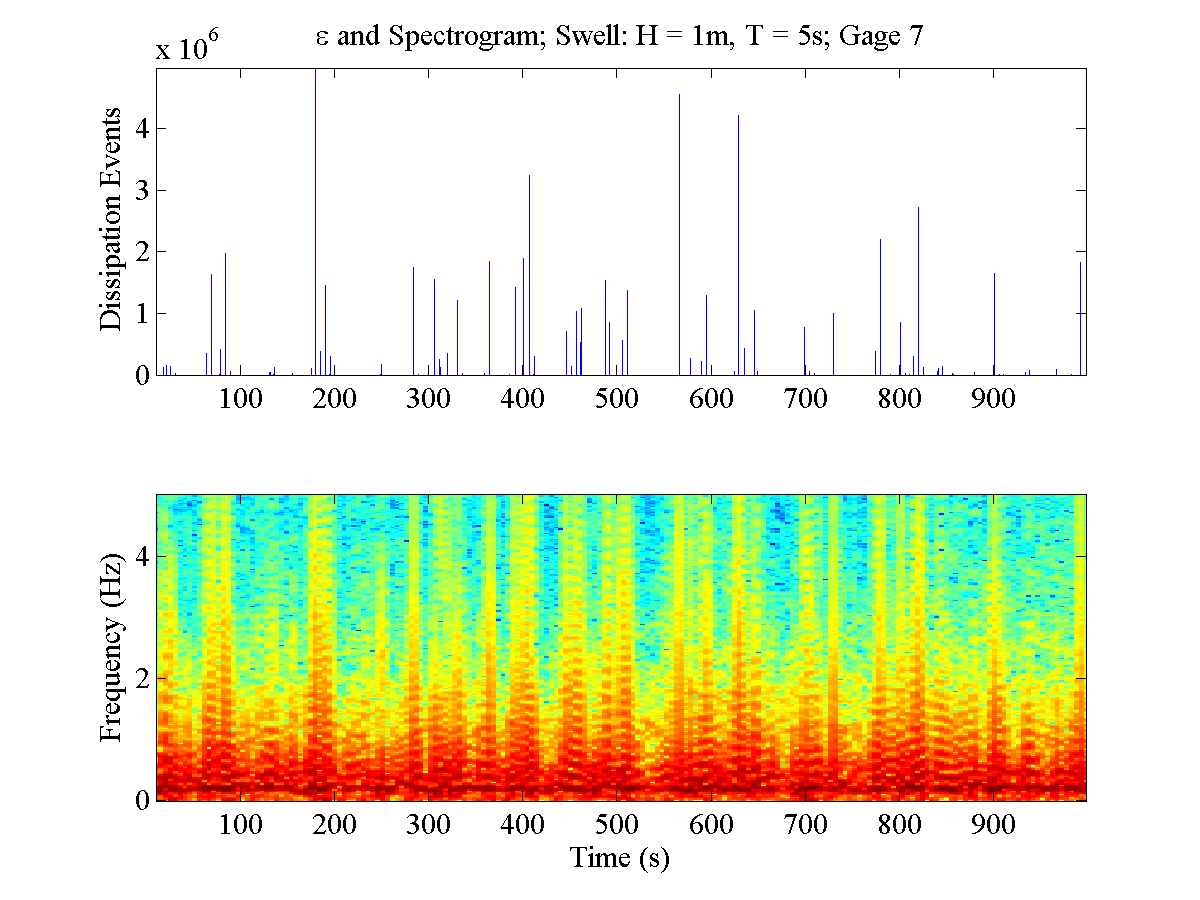