At the global scale permafrost temperatures are increasing, leading to a thickening of the active layer and an increase in the amount of previously immobilised C exposed to microbial decay and subsequent release to the atmosphere. Against the backdrop of this overall trend, perturbations to permafrost systems caused by wildfires or thermokarst driven wetland formation can cause dramatic shifts in the C exchange of these ecosystems as a result of the changes in plant communities and soil thermal regimes they cause. These dynamic components of permafrost landscapes are often neglected in coupled climate-C models. However, a clear understanding of the impact of these perturbations on C cycling is crucial if we are to accurately predict future permafrost feedbacks to climate change. This is particularly pertinent given that the frequency of both forest fires and thermokarst formation is likely to increase with future climate warming.

In order to assess the impact of these perturbations on C cycling we established paired burned and unburned spruce forest and paired peat plateau and thaw feature field sites near Whitehorse, YT and Yellowknife, NT within the boreal region of Canada.

Combining these data has allowed us to determine the impact of thermokarst formation and wildfire on C exchange with the atmosphere. This has allowed us to assess whether the dramatic increase in plant productivity between peat plateau and wetland habitats has the potential to offset thermokarst associated C losses. We have also gained an understanding of whether increases in light availability for understory vegetation in early to mid-successional post-burn sites can partially offset the loss of photosynthetic capacity caused by the lack of a tree canopy and increased soil respiration resulting from active layer thickening. Our findings provide important insights into the impact of two key perturbations on C cycling in permafrost systems. 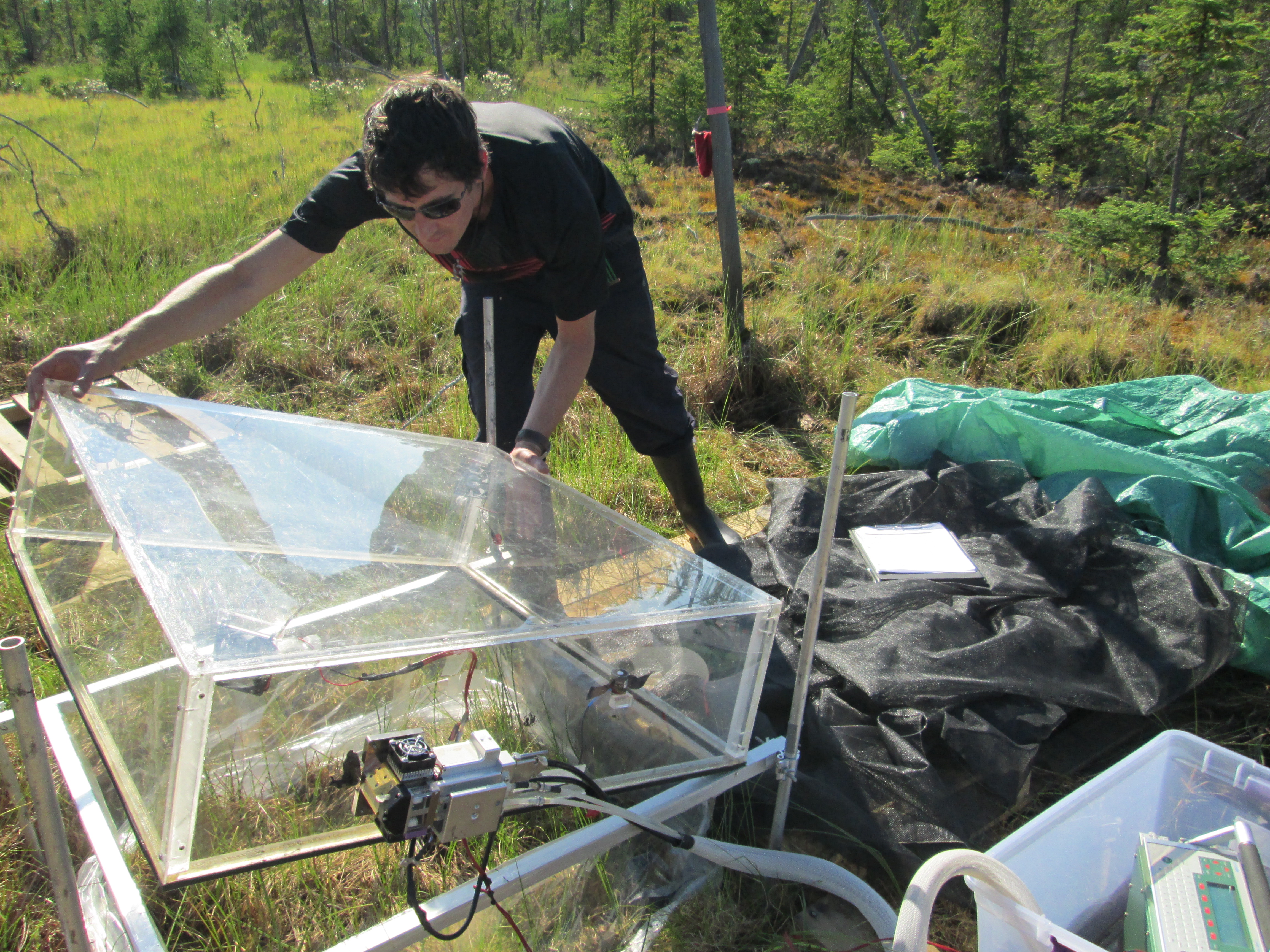