Volcanic hazard mitigation at subduction zones critically depends on knowledge of magma generation and ascent processes and timescales. Two diametrically opposite scenarios are presently debated: One paradigm is the generation of low-silica (basaltic) melts in the mantle wedge, followed by protracted sub-liquidus magma ascent and evolution through crystal growth and fractionation in crustal reservoirs, which are tapped during volcanic eruptions. In contrast, a diametrically opposite model favours the generation of higher silica melts in the mantle or in a lower crustal hot zone, followed by rapid decompression to the surface under super-liquidus conditions. In the latter case, crystals are picked up during magma ascent, and are in the process of dissolving. We present multiple lines of evidence that point to crystal uptake as the principal processes by which arc melts acquire their crystal cargo: (i) variable 234U-238U disequilibria in mineral separates; (ii) hydrous mineral rims with amorphous alteration textures; and (iii) two-pyroxene pseudo-decompression paths; cf. Zellmer et al. (2014a,b,c), doi: 10.1144/SP385.3 and 10.1144/SP385.9 and 10.1144/SP410.1. These observations point to a scarcity of true phenocrysts in many arc magmas, and thus to decompression of aphyric melts that take up their crystal cargo during ascent. The data imply that many hydrous wedge melts are more silica-rich than basalts and achieve super-liquidus conditions during rapid ascent from great depth. 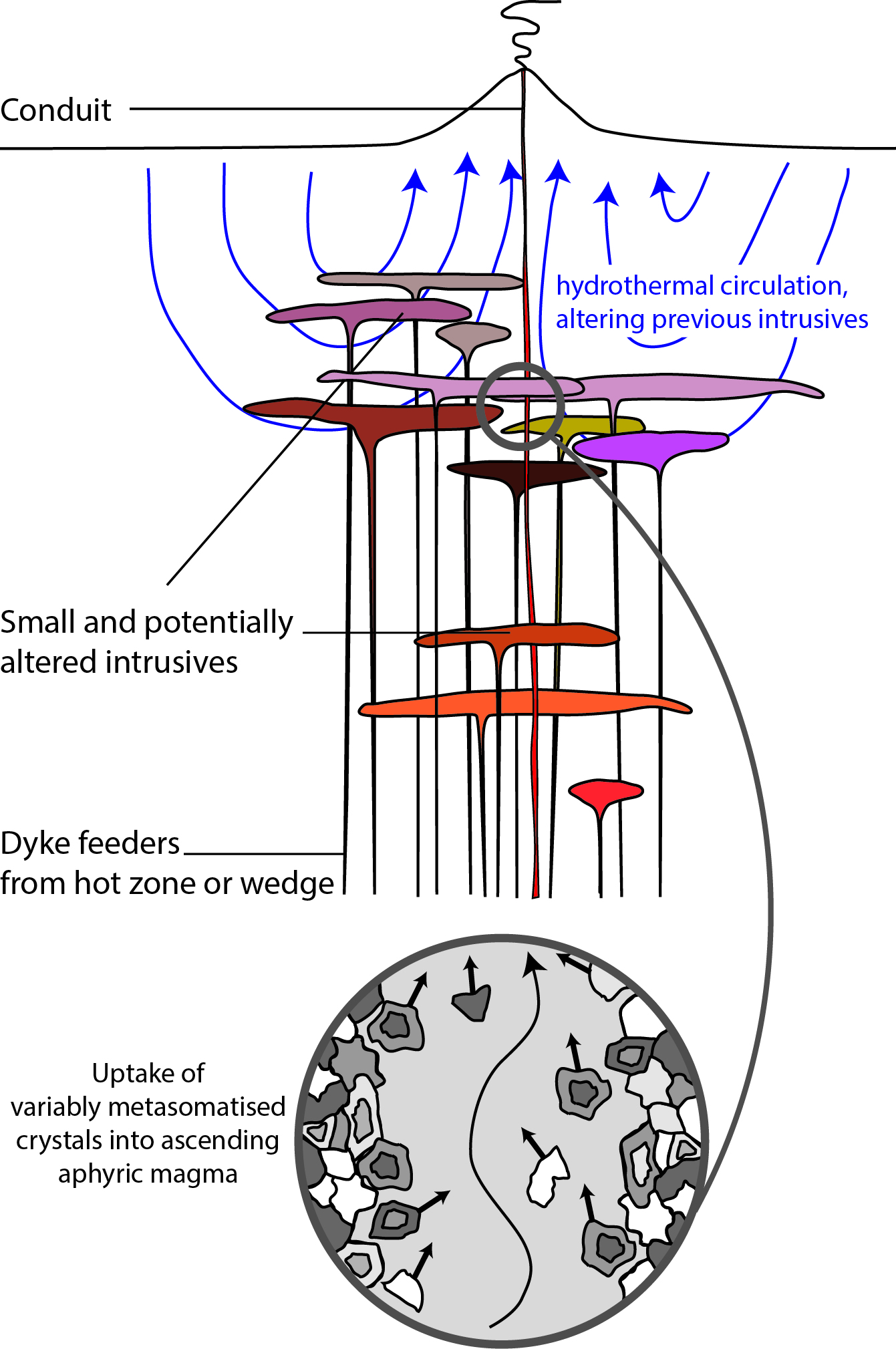